Chris Hemsworth Is GQ’s 2012 Man Of The Year

Last night at a Chivas-soaked black tie affair in Sydney, GQ Australia crowned Chris Hemsworth the 2012 Man Of The Year. Makes sense. The guy has become one of Australia’s most bankable actors after major roles in Snow White and the Huntsman and The Avengers, not to mention the fact that HE IS THOR with the unattainably god-like physique to boot. He sure has come a long way since playing his Logie Award-winning role in Home and Away (which it’s probably best you don’t mention).

Hemsworth couldn’t accept the award in person because he’s presently flinging hammers in Europe for the filming of Thor 2, so his extremely attractive parents appeared on his behalf. Of course, he is the cover star of the special GQ Australia Men of the Year issue which hits news stands today. 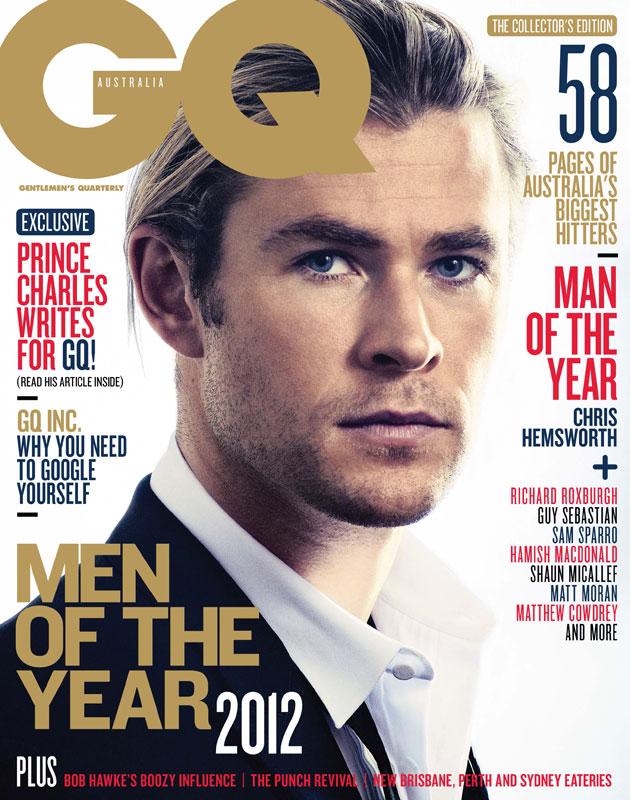 GQ’s Woman Of The Year was awarded to transfixing Melbourne actress Bella Heathcoate (Dark Shadows, Beneath Hill 60), who said “fuck, I wish I had something funny to say” as the conclusion of her acceptance speech.