After months of speculation, TikTok power couple Charli D’Amelio and Chase Hudson (AKA Lil Huddy) have announced their split, releasing personal statements via their Instagrams.

15-year-old Charli, who boasts 48.5 million TikTok followers, confirmed the break-up today, insinuating that the pair have been separated for quite some time.

“It hurts me to say this,” she wrote, alongside an image of the pair from earlier this year, “but we’ve decided that this is what’s best for the both of us.”

“I truly have so much love for Chase,” she continued, “and wish nothing but the best for him!”

“I’m sorry I waited so long to tell you all. I wanted to take the time to process it for myself. Breakups are tough for anyone, so I’d really rather not talk about it anymore.” 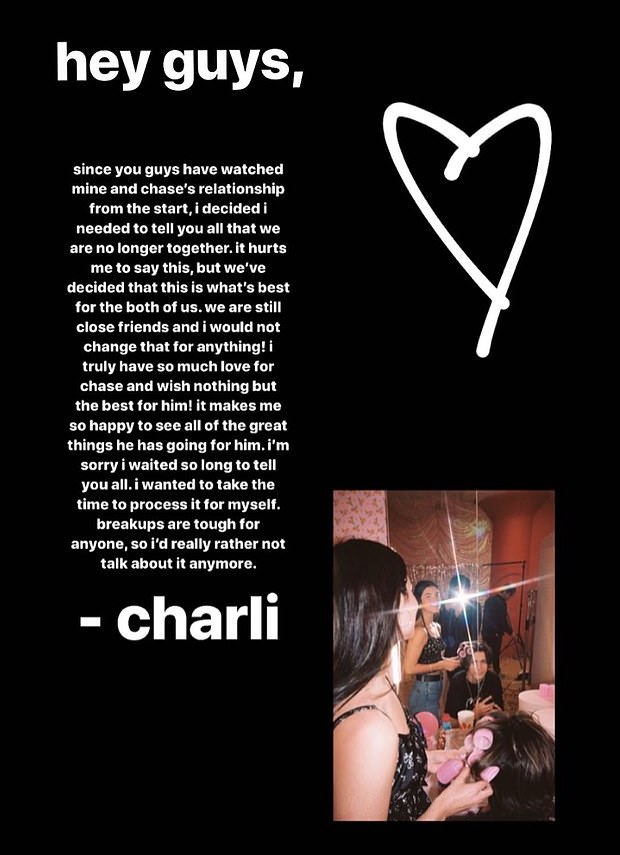 Chase, 17, then posted his own heartfelt message, mimicking Charli’s cordial sentiments: “Charli is such an amazing person and I am so beyond grateful and blessed to have spent the time I spent with her…  She will always hold a special place in my heart for the rest of my life.”

“It has been incredibly hard for both of us so please respect out privacy as we both start this new chapter.” 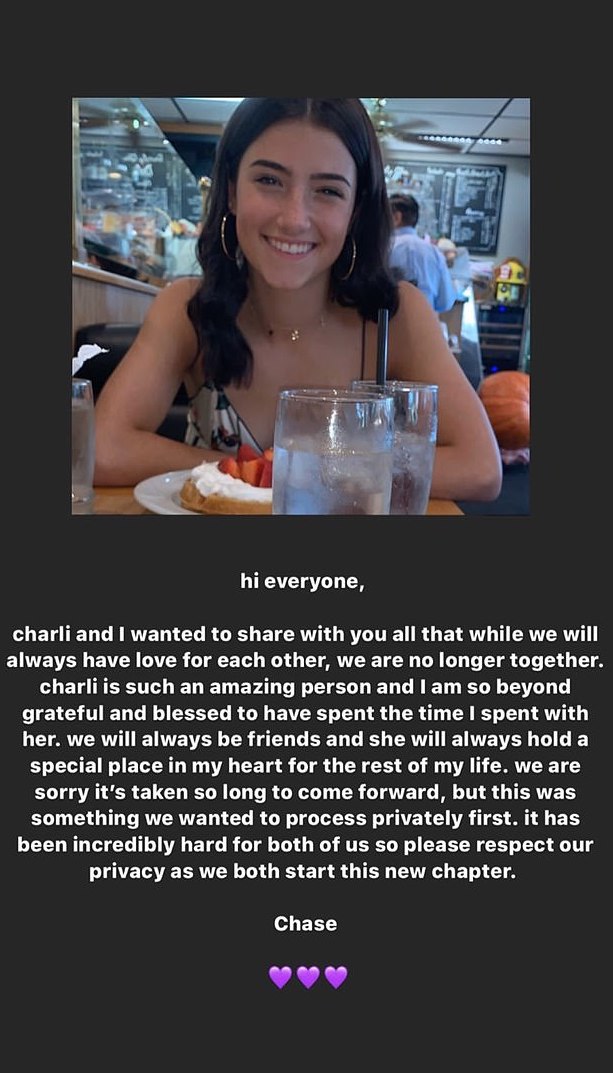 Ahhhhh, young love. I remember having a girlfriend at 15. I asked her out before recess. By period 7, I wrote her a letter in math telling her I loved her. That night, I got a call from her saying it was over. That shit cut deep.

Anywhomst, Charli D’Amelio and Lil Huddy boast 67 million TikTok followers between them, so it’s pretty safe to say that they were the app’s most lauded relationship.

There’d been a whole bunch of cheating rumours circulating the web over the past couple weeks, but, either way, now it’s officially time to mourn the loss of TikTok’s first royal couple.

I now expect some slow dance TikTok challenges to come from this. Maybe an interpretative dance to Adele‘s “Someone Like You”? I’m here for it.

READ MORE
This TikTok #HorseChallenge Is, Hands Down, The Greatest Thing To Come From Self-Isolation