Hoooooooo boy, peek into the board rooms at Channel 10 this morning and you’re likely to see a couple of heads casually rolling across the plush carpet.

The network has been forced into the early – and now, thanks to an unanticipated leak to women’s mag New Idea, also ironically late – announcement of its 2016 ‘Bachelorette Australia’ star.

Enter former WIN news presenter Georgia Love (TBC if that helped or hindered her in the audition process), a Tassie lass who will follow in Sam Frost‘s footsteps to embark on the nationally-broadcast quest for lifelong peen love.

New Idea broke the news yesterday, quoting a “close pal” of the 27-year-old who said she’s “been unlucky in love”.

“The main issue she has had is moving around so much for work interstate and internationally, so it has been really hard to maintain close relationships and open herself up to guys, because chances are she will be off again in a year or so”, the person said.

Today, the show’s official Facebook page said it was “thrilled to introduce” her… for a second time.

The network’s confidentiality contracts are so binding that serious questions will be asked as to how the identity leak happened; no one should have picked Love – who’s pretty unrecognisable unless you watch the nightly news in Launceston – to front the show’s 2nd season. 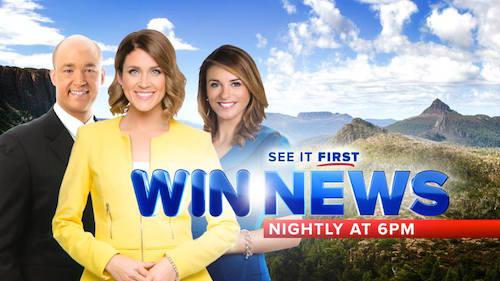 It’s a second blow to its love-quest juggernaut, after the winning lady of this year’s ‘The Bachelor’ series, starring Perth hottie Richie Strahan, was snapped post-finale in Bali.

Paps got the money shot despite rumours producers had enlisted the help of the Indonesian frickin’ military to prevent the potentially disastrous, season-ruining leak.

But don’t quit the internet just yet: if we’re lucky, and if Sam’s theory is correct, and if the show’s producers are willing to fork out a ton of $$$$ – we may not see any spoilers.

“If the publications don’t want them, or don’t want to spoil it for their audience, well guess what, there is a certain company that would want to shut that shing down,” said Sam – and yes, she really did say ‘shing’. “The production company. They would pay a lot of money to get those shots, so they own the shots, so no one can ever see them. I’ve got absolutely no idea, but I think that’s the likely choice.”

Still fretting? Here, have a GIF of Richie’s rig.