It’s official, mates! The overgrown Oompa Loompa, otherwise known as Donald Trump, is out, and America’s REAL president Joe Biden has been sworn in.

Joe Biden was inaugurated as the 46th president of the United States of America on Wednesday, prompting many of his supporters in Hollywood to take to Twitter to share their thoughts on this blessed event.

He seems like a very happy old man looking forward to a bright and wonderful future. So nice to see! pic.twitter.com/G8gObLhsz9

The absolute fucking SHADE of it all. She is, of course, referencing that batshit tweet that Trump directed at her after their meeting back in 2019. We do love a vengeful queen.

Yes, it must be nice to actually have access to the new president’s tweets ‘cos the old one blocked her bc he’s a big fat cry baby.

Don, you're fired.
Don't let the door hit ya where the good Lord split ya on your way out.

That was some weird ass shit.

Ding Dong the Witch is Dead https://t.co/9Nh0fBvM88 via @YouTube

Florida’s getting the short end of that stick, I’ll tell ya.

We are going to be okay. From the wreckage there will be renewal, from the wounds will grow compassion and character, from the division will come clarity, from the despair will come wisdom, from the loss will come community.

Congratulations to my friend, President @JoeBiden! This is your time. pic.twitter.com/LXzxGnBAfz

There were also a fuck-ton of Bernie Sanders memes and I’m fucking DYING. 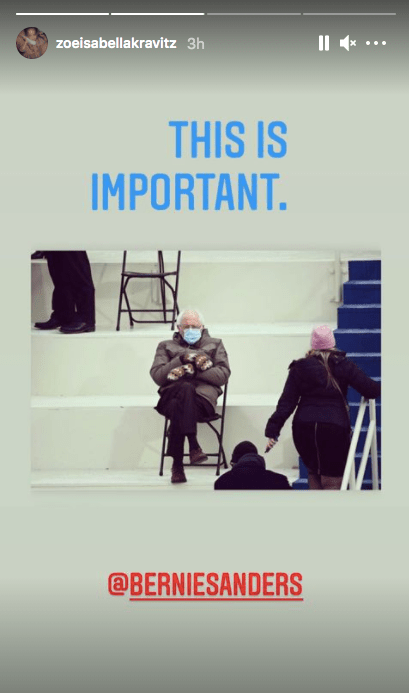 READ MORE
Biden Will Overturn 17 Of Trump's Worst Policies After His Inauguration. Here's What They Are

What makes today even more *kissy fingers* is the fact that Trump legit struggled to lock-in decent acts to perform at his inauguration, only managing to book, like, Toby Kieth (?) Three Doors Down (?) and *checks notes* Jon Voight (???).

Meanwhile, Biden’s inauguration is legit better than a Coachella line-up.

‘Tis is marvellous day to be alive.