6 Disturbing Moments In The History Of LA’s Cecil Hotel, The Cursed Star Of Netflix’s New Doco

Content warning: this article mentions rape, suicide, and details which some readers may find distressing.

Ever since Netflix released the trailer for its upcoming true crime series, Crime Scene: The Vanishing At The Cecil Hotel, I can’t stop thinking about it. Cecil Hotel, or Hotel Death as it’s otherwise known as, was my first foray into true crime history. It’s been years since I last read up on it though, so I thought I’d jump back in.

Before we get into it, here’s what you need to know about the show.

Crime Scene: The Vanishing At The Cecil Hotel is the first season in Netflix’s new documentary series that deconstructs the mythology and mystery surrounding infamous locations in contemporary crimes.

“For nearly a century the Cecil Hotel in Downtown Los Angeles has been linked to some of the city’s most notorious activity, from untimely deaths to housing serial killers,” the synopsis reads.

Naturally, season 1 focuses on one of the most well-known happenings at the Cecil Hotel: the disappearance and death of Elisa Lam.

In January 2013, 21-year-old Elisa Lam was staying at the Cecil when she suddenly vanished, igniting a total media frenzy.

Police released a video of the last known sighting of Lam. It was a surveillance video from an elevator, which showed her entering and re-entering the lift for no apparent reason. She would gesture in the hallway outside, sometimes she would hide in the elevator, waiting for the doors to close. 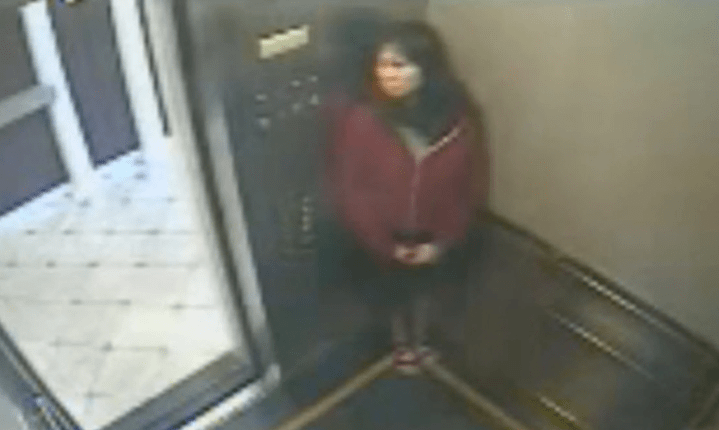 A maintenance worker eventually found Lam’s body in a water tank on the hotel roof after guests started complaining about the quality of water.

An investigation into her death determined that she died from accidental drowning. Bipolar disorder was also listed as a significant contributing factor in the autopsy report, leading authorities to believe that she had been experiencing a manic episode at the time of her death.

1. The case of Dorothy Jean Purcell

The case of Dorothy Jean Purcell took place in September 1944, when Purcell, 19, was staying at the Cecil with her boyfriend, 38-year-old Ben Levine.

Purcell, pregnant at the time, awoke one morning after realising the baby was coming.

According to a newspaper clipping, Purcell didn’t want to wake up Levine, so she went to the hotel bathroom on the same floor and delivered the baby alone.

“Believing the child dead, she threw it out the window and returned to the room, never telling Levine of the incident, according to the testimony,” the newspaper read.

Purcell was arrested for murder, but she was found not guilty by reason of insanity.

What makes Purcell’s story even more bizarre is that she apparently had no idea she was pregnant.

2. The murder of Elizabeth Short, known as The Black Dahlia

The unsolved murder of Elizabeth Short is easily one of the most shocking cases in Los Angeles history.

In 1947, Short’s naked and mutilated body was discovered at the edge of an empty lot in the city. She had been bisected at the waist, but no blood was found at the scene, indicating that she had been killed elsewhere.

The aspiring actor was apparently spotted at the Cecil bar in the days before her murder.

Short was nicknamed “The Black Dahlia” by the press, and was the inspiration behind the American Horror Story character of the same name.

There have been many suspects and theories relating to Short’s murder, however the most prominent one that comes to mind is George Hodel, an American physician. His own son, former homicide detective Steve Hodel, truly believes his father is the murderer.

3. The suicide of Pauline Otton

In 1962, Pauline Otton, 27, jumped from the ninth floor window of Cecil Hotel after an argument with her estranged husband. She landed on 65-year-old George Giannini, who had been walking on the sidewalk below. Both were killed instantly.

4. The murder of ‘Pigeon’ Goldie Osgood

In 1964, ‘Pigeon’ Goldie Osgood was found dead in her ransacked room at the Cecil. The 65-year-old retired telephone operator had been known for protecting and feeding the pigeons at the nearby Pershing Square.

According to reports, Osgood had been strangled, raped, and stabbed.

Osgood had lived at the Cecil for six years and was known for wearing her trademark Dodgers baseball cap when feeding the birds.

If the stories are to be believed, the Cecil housed notorious serial killer Richard Ramirez, who terrorised Los Angeles from 1984 to 1985. Ramirez was known as the “Night Stalker” because of the time of day he would commit his crimes.

“This is a place where serial killers let their hair down, like Richard Ramirez who would come back covered in blood and no one’s got a problem with that,” one interviewee says in the trailer for Crime Scene. 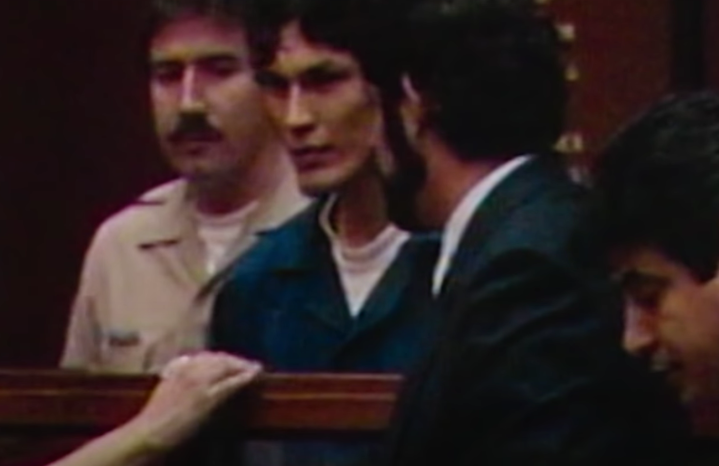 Ramirez was a serial murderer and a serial rapist, who claimed he was inspired by Satan. Investigators would often find occult symbols scrawled at crime scenes, like an inverted pentagram as the mark of the devil.

His victims ranged in age and race, some victims where in their 60s and older, others were in their 20s.

In September 1985, just 12 hours after the Los Angeles Police Department issued an all-points bulletin identifying him as their prime suspect in the slayings, Ramirez was chased down and beaten by a mob of civilians as he tried to steal a car.

Ramirez was convicted in 1989 of 13 murders and 30 felonies, including rape, sodomy, oral copulation, and burglary. He was sentenced to death, and remained on death row until he died of liver failure in 2013.

Ramirez is the subject of the four-part Netflix series, Night Stalker: The Hunt for a Serial Killer, which is streaming now.

Jack Unterweger was an Austrian serial killer, who stayed at the Cecil while visiting Los Angeles in 1991.

Prior to that, he was sentenced to life in prison for murdering 18-year-old German sex worker, Margaret Schafer.

But after serving a mandatory 15-year sentence, Unterweger was granted parole. He had spent much of his time in prison writing plays and stories, he even wrote an autobiography called Purgatory or the Trip to Jail – Report of a Guilty Man. Unterweger basically convinced everyone who mattered that he had changed.

While on parole, Unterweger strangled nine sex workers to death in both Austria and Los Angeles. He was sentenced to life in prison for a second time, but was found dead in his Austrian prison cell just hours after his sentencing.

Crime Scene: The Vanishing At The Cecil Hotel is streaming now on Netflix.