Brooklyn Nine-Nine, a.k.a. one of THE greatest shows of our generation (and generations to come, I’m sure), is set to close its doors after season 8.

But before they exit our lives, they’ve still got one more case to work on: a 10 episode season (which is, sadly, three fewer episodes than last season).

Your B99 faves. (Credit: Brooklyn Nine-Nine)

Production was recently shutdown due to COVID, as have many productions across the globe, but Brooklyn Nine-Nine will resume filming on season 8 in a coupla weeks. 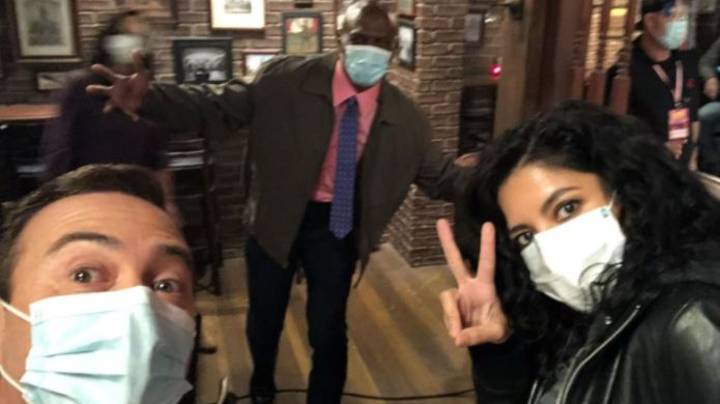 Brooklyn Nine-Nine first entered our lives in 2013 and I don’t think I’m over-dramatising when I say it changed us forever.

READ MORE
It Looks Like Brooklyn Nine-Nine Won’t Be Returning Until At Least 2021, Which Is Not Toight

A steady decline in ratings led its cancellation by Fox in May 2018 after a five-season run, but when a bunch of fans lost their shit on social media (including some high-profile fans like Mark Hamill and Lin-Manuel Miranda), the glorious gods at NBC swooped in and scooped up the long-running comedy show for a sixth season.