BoJack Horseman may be finished (sob), but its legend of meditating on and taking the piss out of Hollywood / Hollywoo will continue – hopefully forever.

In celebration of the show ending, comedian and writer Demi Adejuyigbe created a bunch of BoJack-style posters for Oscar nominated films, and they’re so good you’ll wish the Netflix series would come back just to feature them.

bojack horseman is my favorite show on tv, so in honor of it ending i made bojack-themed posters for this year’s Oscars pic.twitter.com/0btroscFdZ

Knives Out becomes Wives Out, featuring Mr Peanutbutter in the murderous glare of his four exes (Diane, Jessica Biel, Katrina, and Pickles). The Irishman becomes The Adultman, a sprawling five-hour film starring three children standing on top of other. Parasite becomes Bearasite, The Two Popes is The Two Paps, Taubshell stars the powerhouse trio of Charlize Heron, Nicole Kitten and Margot Rabbit, and Quentin Tarantulino‘s ninth film is Once Upon A Todd In… Hollywoo. 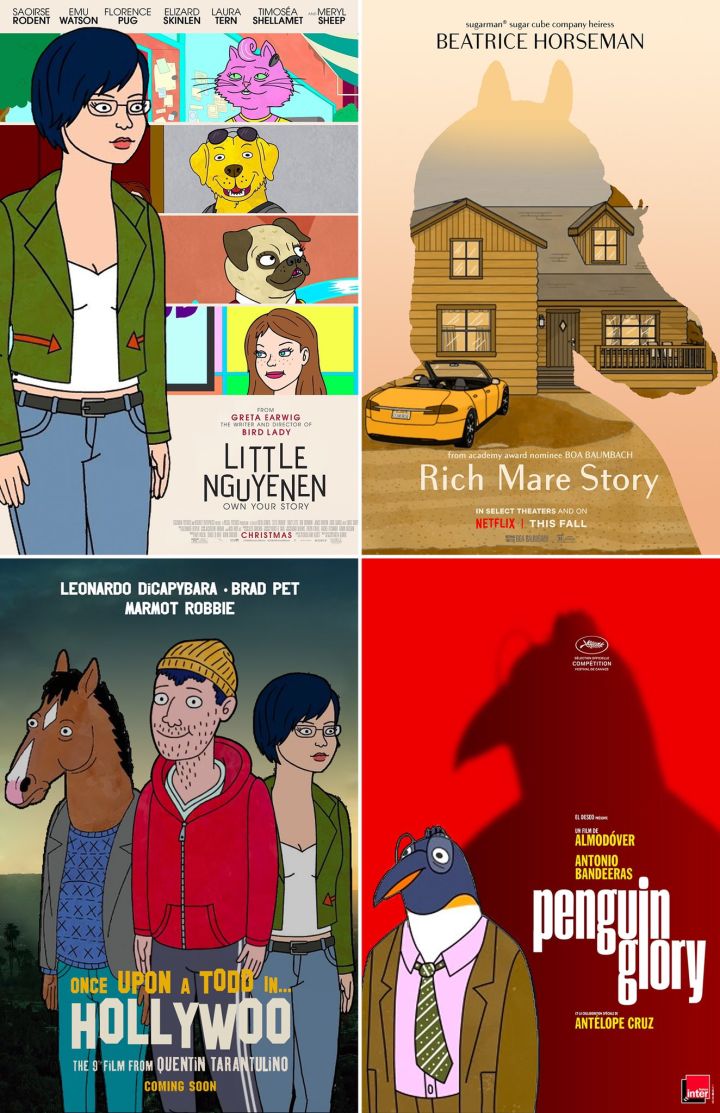 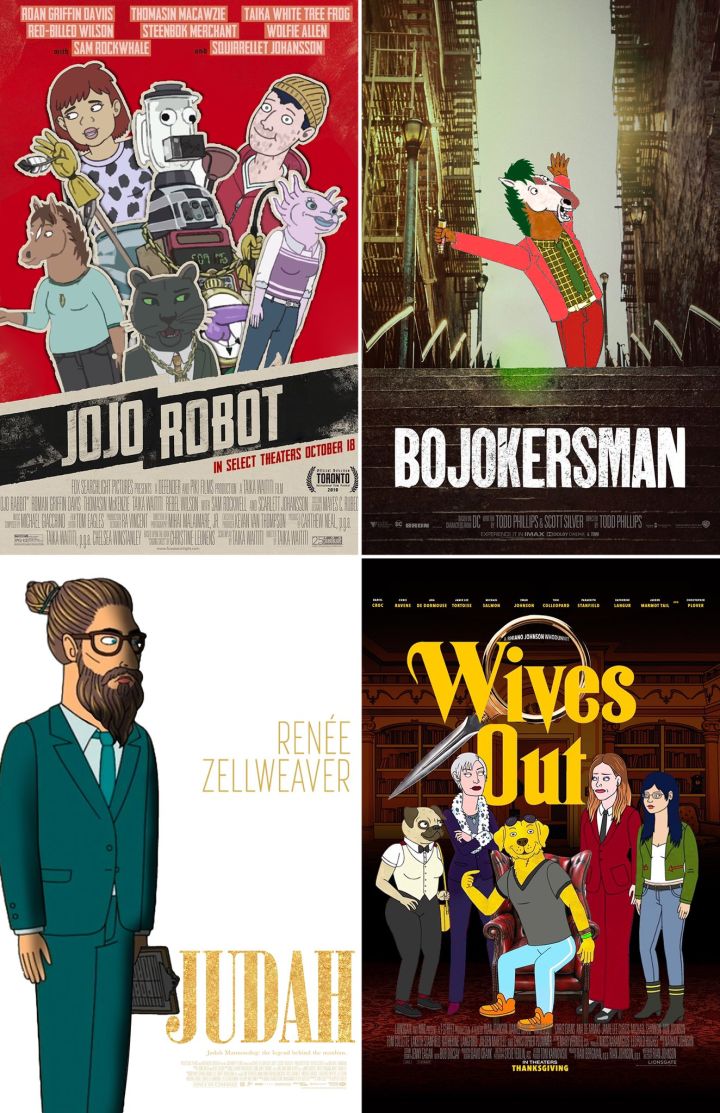 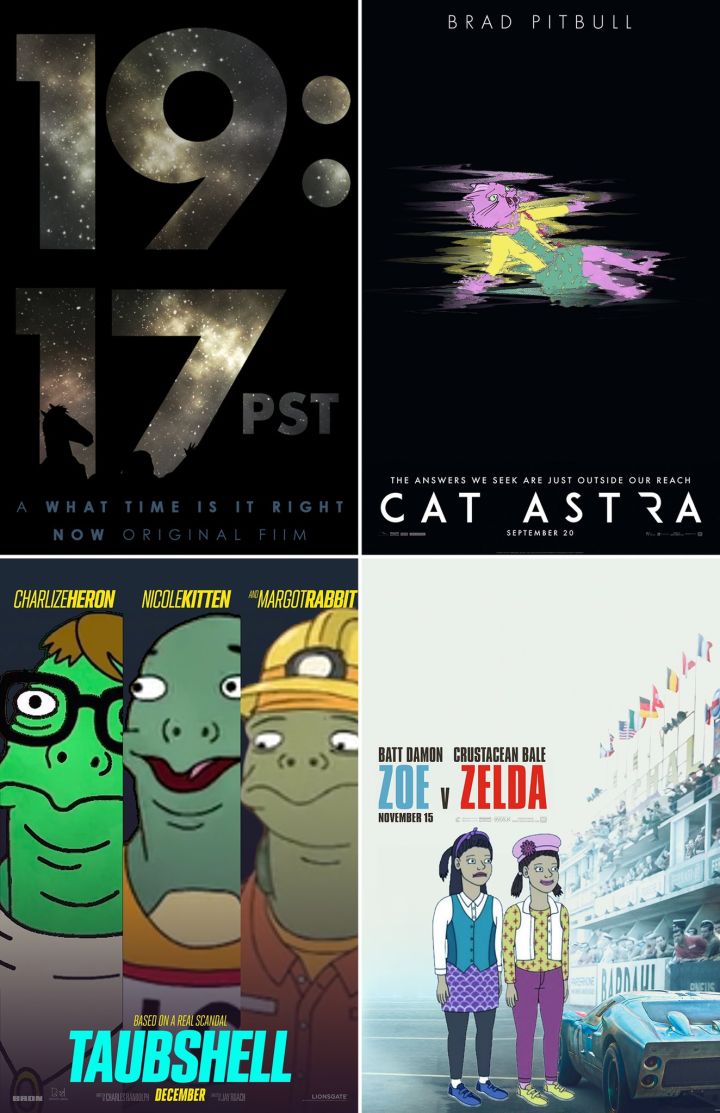 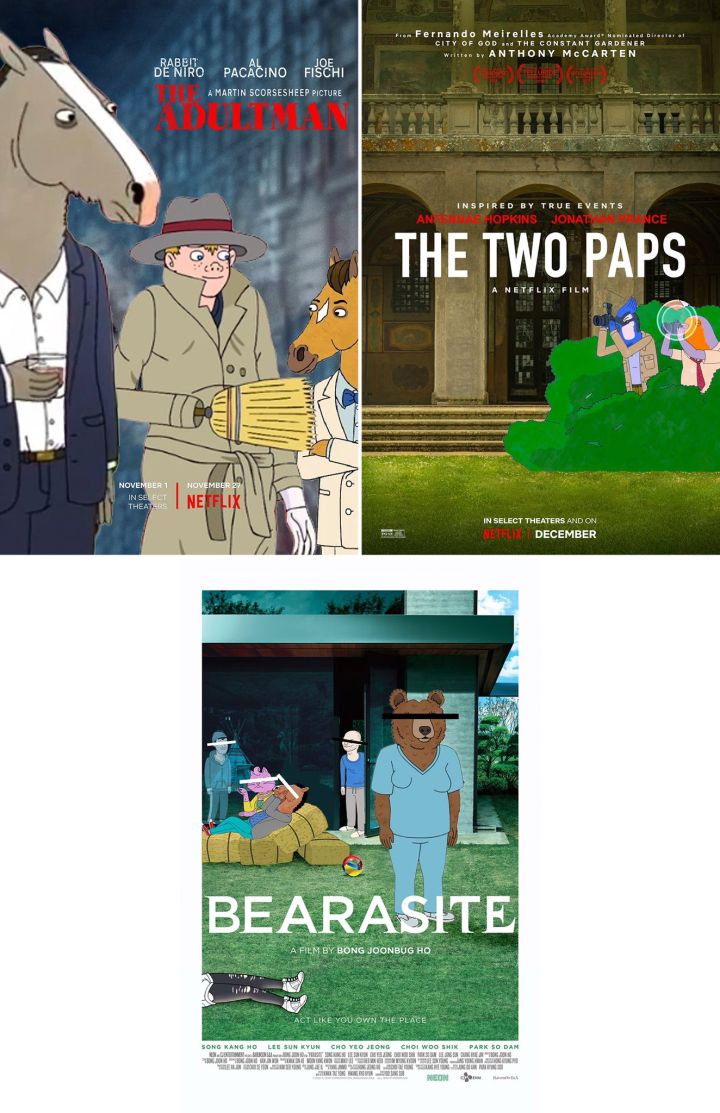 If you want to download the posters yourself, Demi has made it very easy to do so here. Or if you just want to get right into the good Oscars shit, you can follow our red carpet coverage here, our updating list of nominees and winners here, or just figure out how to watch the awards ceremony here.