Bored of the current Bachelor drama? Look, same. So let’s delve into some vintage tea from the 2014 season.

Remember Blake Garvey? He’s the garbage fella who infamously chose national treasure Sam Frost as his bride in the final episode of the show, only to turn around shortly after and say ‘ACTUALLY NAH, I LIKE THE OTHER ONE’.

And so began his garbage fire romance with Louise Pillidge and that INFAMOUS New Idea shoot.

Let’s take a trip down memory lane, shall we?

Shortly after the split, the pair took part in a photoshoot and interview with the gossip mag where they discussed their inevitable journey to Splitsville, and shockingly, it’s, err… an extremely bad take.

Not only did he quote the reason to be that “this is all about survival” like Pillidge was about to murder him in cold blood (fair enough), but they’ve actually DONE A GODDAMN BREAK UP PHOTOSHOOT. 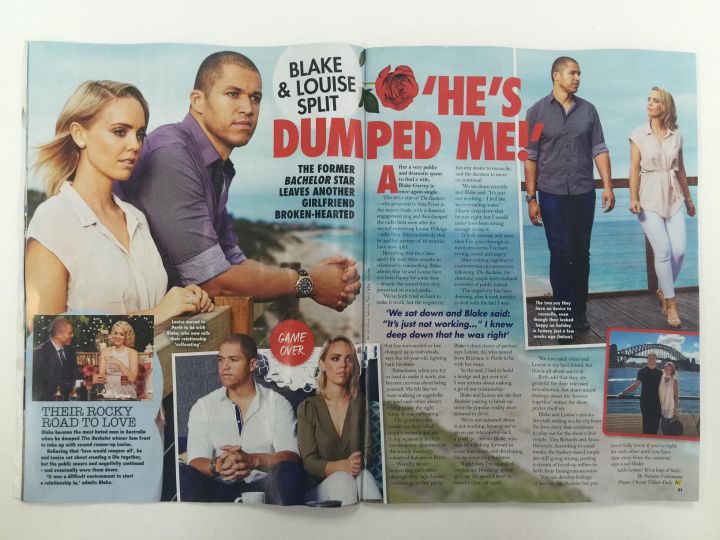 The feature interview included tasteful and pragmatic sub-headlines such as ‘GAME OVER‘, and ‘HE’S DUMPED ME!‘, to keep the break-up classy and dignified. 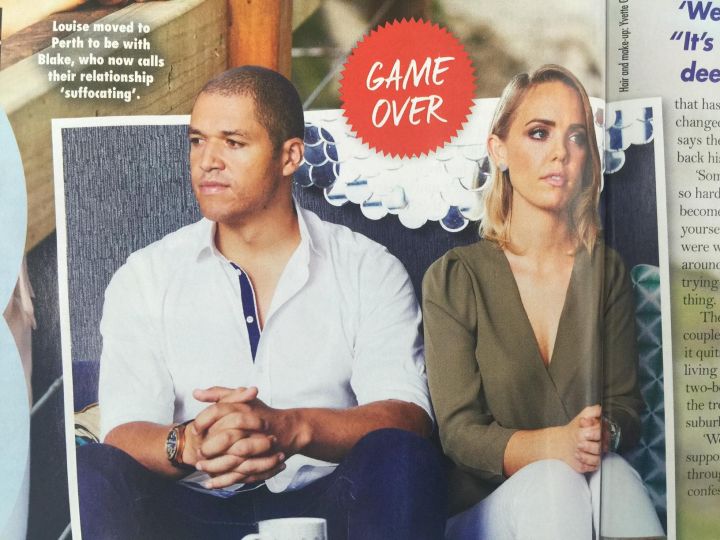 And the imagery, particularly the photo of Louise looking wistfully at Blake as he gazes into the distance, really helps the reader question whether Louise is being entirely truthful about being okay with the split.

I mean, he said being with her was “suffocating” – who wouldn’t be straight-up devastated to lose such a empathetic and respectful bloke?

READ MORE
The Most Garbage Fire Breakups In Bachelor In Paradise's History, Ranked By Levels Of Cooked

AND, one of Louise’s mates spoke to New Idea a month earlier, and said *this* about bin-dweller Garvey’s bile-inducing personality traits:

“They’ve been trying to live the fairytale, but the truth is Blake doesn’t always treat her like a princess.

He can be moody and switch from freezing her out to talking her down. We hate to see it because she’s a beautiful soul and deserves better.” 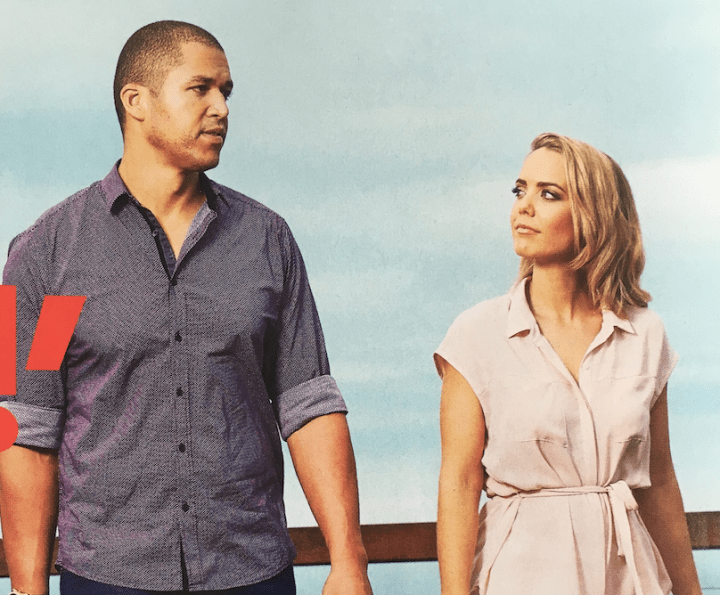