Legendary actor and comedian, Bill Murray, will be heading our way in November with German–American cellist, Jan Vogler & Friends, the Sydney Opera House announced this morning.

The show is called New Worlds and is based on Murray and Vogler’s 2017 album of the same name, which combines classical music with spoken word passages from influential American writers like Twain, Hemingway, Whitman, and so on.

In other words, old mate Vogler will be playing some tunes while Murray reads some classic literature, which is probably the most Bill Murray thing I’ve ever heard. On the musical side of things, Vogler’s wife, renowned Chinese-American violinist, Mira Wang, and Venezuelan-American pianist, Vanessa Perez, will  also be cutting loose on their respective instruments.

The project came to be after the pair met by chance in an airport security line, bonding over Vogler’s comically large cello and a shared love of the American greats. Murray describes their work as “the collision of America and Europe.”

“We are from four different continents,” he said in a press release. “And when the continents come together, the music moves right across the peninsulas from one to the other. It’s just a short journey from one continent to the other.” 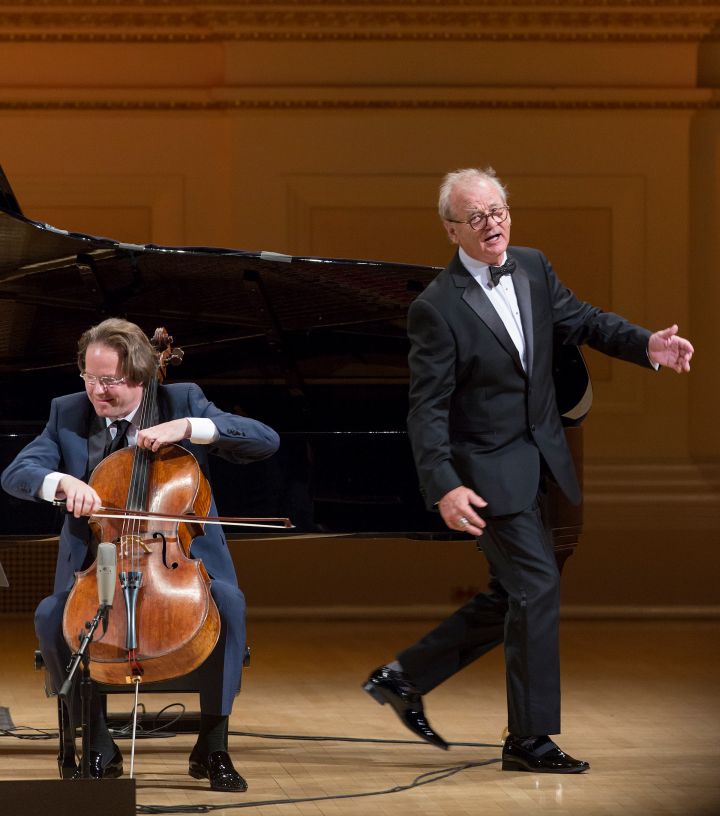 It might not be for everyone, but let me remind you that Bill Murray was the voice behind Baloo in The Jungle Book. The man sung ‘The Bare Necessities‘ for Christ’s sake. He can do no wrong.

The duo will be performing shows across the country, two of which will be at the Opera House over November 9 and 10. Tickets to go on sale to the general public on Monday the 19th of February at 9am. You can also sign up for the pre-sale before midnight on the 12th of February, starting on Wednesday the 13th. Other national dates listed below.

Tickets will set you back $99.90 plus booking fee. If you want a taste of what you’re in for, suss out the album below.