6 Big Moments From ‘Avengers: Endgame’ That Won’t Spoil It For You At All

PEDESTRIAN.TV has teamed up with Marvel Studios' 'Avengers: Endgame', in cinemas now.

If you think that in any universe ever that I have had enough of talking about Marvel Studios’ Avengers: Endgame, then my friends you are SORELY mistaken. Not only is it the biggest movie of the year, it’s the culmination of 22 movies in the past 11 years. So yeah, I’ma talk about it.

But I’m also well aware that some people still haven’t seen it, so I’ve gotta be suuuper careful about what I do and don’t say as I rant about it in line at the shops (many a death stare has been received).

READ MORE
We Somehow Managed To Write A Spoiler-Free Review Of 'Avengers: Endgame' For You

So here today, I’m going to have a fangirl moment over some of the moments that excited me – but have absolutely no real spoilers or plot bearing whatsoever. Take that.

For someone who has a really overwhelming thing for beards, this was more of a sad moment than a fun moment – but it’s pretty notable nonetheless. Captain America is known for being pretty clean cut in general, so when his beard debuted in Marvel Studios’ Avengers: Infinity War I was HOOKED.

It was a sign that he’d had to go into hiding, that times were tough, that he recognised how a beard can take you from a six to a ten (honestly it’s true). But now? He’s back and he’s focused, so it makes sense that he’d want to regain some of his earlier vigour with a fresh shave. I’ll just sit here in the corner and mourn for it on my own.

look at that baby face

2. Black Widow going back to her roots

Let’s be honest: Black Widow’s hair has gone through a heck of a lot of changes over the course of the Marvel Cinematic Universe. She’s had long red ringlets, a short orange bob, a short BLONDE bob and frankly we’re concerned at the amount of bleach her character must have been using in order to make all these transitions.

Those strands are in need of love, and it’s really satisfying to see that she’s gone back to the red – even if it’s just a tinge of it. Red is what feels authentic to the character so it feels like a throwback to the first few movies. And frankly, it’s a miracle she’s managed to keep it in good nick anyway.

this was the best Black Widow hair, imo

This was a pretty cute little inclusion. It’s not often you really think about your fave superheroes in a family context (most of them are out fighting and are too busy saving the world to have offspring), but in the case of Hawkeye, we get to have a bit more insight into what it must be like for him to balance both.

It’s only fleeting, but the time he spent teaching his only daughter how to shoot (and obviously she’s a natural) makes it all seem a little bit more normal – it’s wholesome and you’re reminded that this whole universe isn’t just populated with superheroes. There’s a normal life behind it all with everyday people. Everyday fathers and daughters. 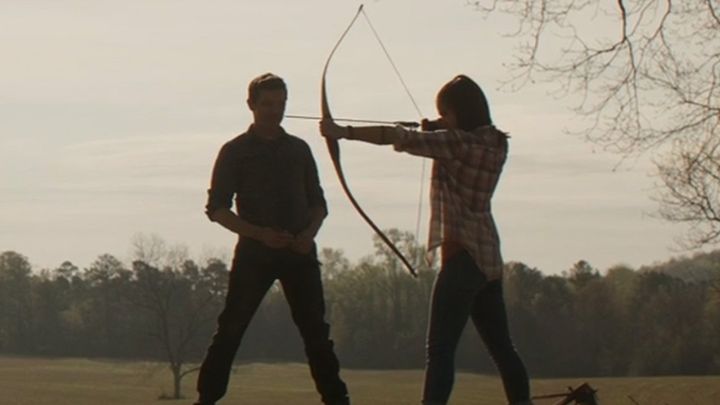 Beyond the fact that this scene actually has a cameo in it from co-director Joe Russo, the scene where Captain America is running a group therapy class for anyone struggling to cope after Thanos‘ snap is truly heartwarming. It makes you wonder how you yourself might have coped in the aftermath.

It’s also important to note because it’s had a lot of discussion – largely because the cameo that Joe Russo plays is as a gay man who lost his partner. This makes him the first openly gay character in the Marvel Cinematic Universe, which is pretty hectic if you ask me – it’s definitely time.

one of the more serious moments

5. Ant-Man being salty over his lack of fans

I have a serious and never-ending love for Paul Rudd. The man can do no wrong and never seems to age ever. If given the opportunity, I would absolutely love to get a cheeky photo with him. Sadly for his character though, Ant-Man doesn’t seem to get the same kind of love from fans.

It’s cringy enough to be ignored in favour of your fellow superheroes (especially one that dabs – big yikes). But to offer yourself up for a photo with fans and having them outright refuse? That’s just embarrassing. Thankfully he just cops it on the chin, but it’s clear to see that Ant-Man is still second tier to some people – fools! 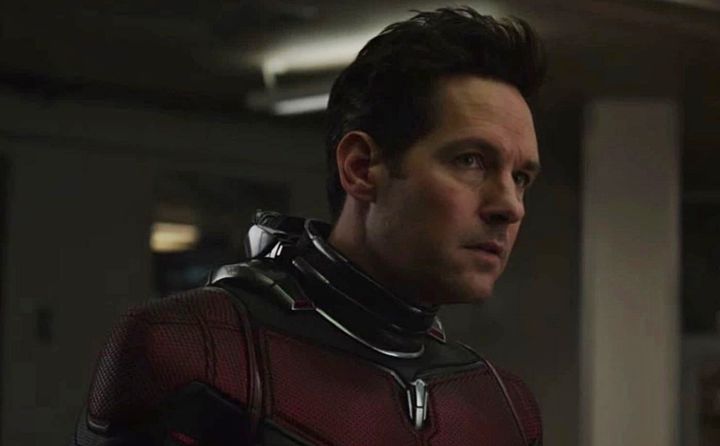 anything for you bb

6. The rat that saved the world

Look, when you think about the Marvel Cinematic Universe, you’re not lacking in heroes. From OG faves like Iron Man and Thor through to the new recruits in Captain Marvel and Ant-Man, there are plenty of heroes who you can look up to because beyond being fabulous, they also save the day.

But you’d probably be pretty surprised at who the Russo brothers have attributed the real world-saving to: a rodent who gets approximately 30 seconds of screen time. No, I’m not referring to Rocket here (though good guess), I’m talking about a teeny little mouse who goes for a wander in a junkyard, presses a simple button to start Ant-Man’s van and CHANGES THE GAME, enabling him to show up at the Avengers stronghold like, “yoohoo!”

all thanks to a lil mousey

All in all though, there are so many iconic moments that will stand the test of time in this film – from heart-wrenching emotions through to awe-inspiring twists, it’s packed with everything. It’s just so big that it deserves further viewings – trust me, you might discover some elements you missed the first time around.

Seriously, look at that. Now can you please, please hurry up and watch it so I can talk about it with more people? Marvel Studios’ Avengers: Endgame is in cinemas now. Go on. Check it out.

It’s not much to ask, folks.