The latest teaser for Big Brother VIP is here and it’s as bonkers as you’d bloody expect.

In one version of the teaser, Jessika Power made a wild claim that cricket legend Shane Warne has allegedly been sliding into her DMs.

“It was even weirder when I had Shane Warne in my inbox the other week,” Jessika claimed. “Some of the things he was sending me I was like ‘inappropriate’.”

[Editor’s note: PEDESTRIAN.TV is not suggesting that Jessika’s claims are true.] 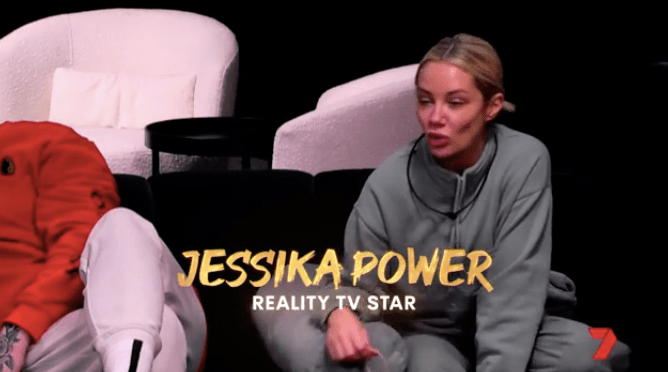 Her quote was quickly picked up by several media outlets and even by radio duo Fitzy and Wippa. The two blokes, who visited the Big Brother Hotel briefly to chat to the celebrity guests, discussed Jessika’s claims live on-air.

“We can’t give too much away but what I think was interesting about what she said was there was a lead up of exchanged messages and when he wasn’t getting much back he was fairly persistent with making advances towards Jess. And quite descriptive, I think, about his plan for the evening,” Wippa claimed.

“He’s not like Shaynna Blaze,” Wippa responded. “He won’t go ‘that needs a pastel’, ‘that needs a duck egg on it’, he won’t rearrange the cushions, he’ll throw them across the room, but he loves a wall.”

In this clip, we see a bunch of Housemates sitting on the couch in front of a screen, where Omarosa is giving a spiel on American politics.

She spills all kind of tea, including claims that Monica Lewinsky wasn’t the only woman Bill Clinton was having an affair with during his presidency.

Then when she recounts being invited to be Donald Trump’s assistant while he was president, Caitlyn Jenner chimes in: “And boy did she blow it.”

Jessika Power then gasps, and Caitlyn continues: “People who worked at The White House are now working on my campaign. I know every little secret.”

In the next scene, Omarosa points out that Caitlyn is running to be the Governor of California, and therefore she’s convinced that Trump himself will be tuning in.

He discusses her first marriage and says he reckons she’s gonna “walk all over” Prince Harry. Seriously, who let this guy in?

Big Brother VIP is set to premiere on Seven on November 12.