Big Brother Airs Eviction Spoiler Before George Is Given The Boot

The already lacking production values, standards and ethics (ha!) of Big Brother Australia have once again fallen subject to a weekly dose of scrutiny after Channel Nine last night aired an eviction spoiler hours prior to the revelation that eventual evictee, the dreadlocked multimillionaire mining town tradey George, had been given the YSL boot from human Logie Sonia Kruger. 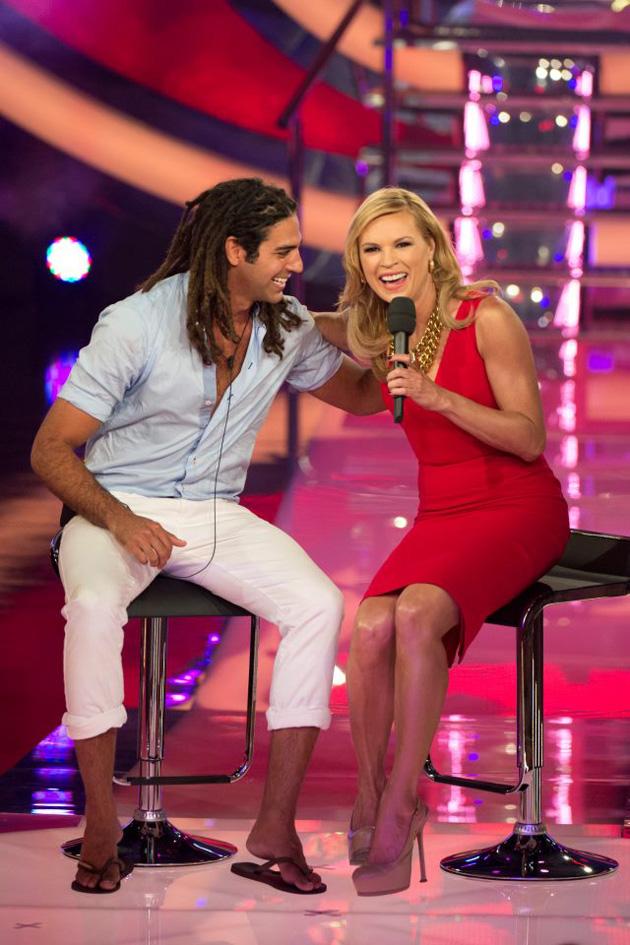 According to Mumbrella, the network aired a promo at around 4pm revealing the departure of George several hours before voting lines closed. Nine have acknowledged the mistake as ‘a programming error’ that arose when one of three pre-prepared eviction promos was broadcast. Good one, Nine! Big Brother took to their Facebook page – which you should have a read of if you’re feeling really good about things and need to be taken down a peg – to issue a statement reading: 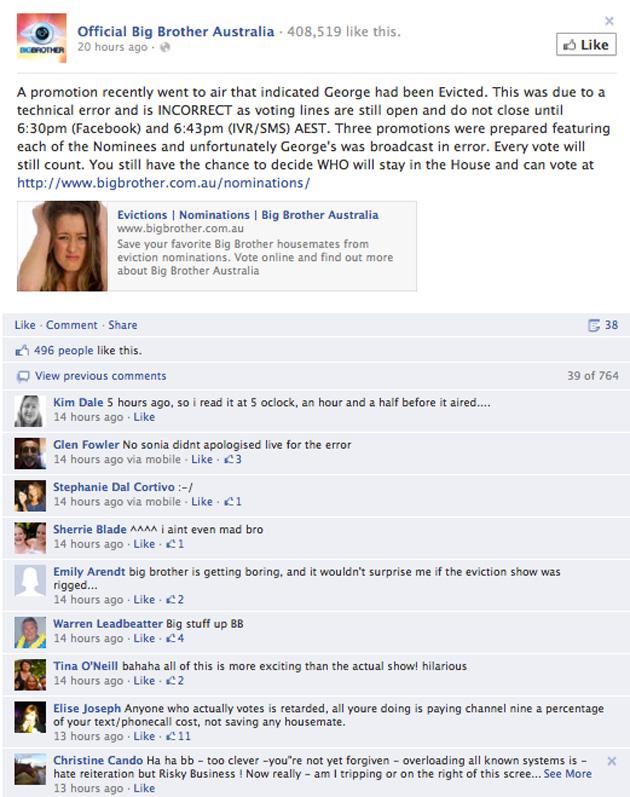 Systematic reality rigging or serendipitous error? It’s widely acknowledged (not to mention common sense and good planning) that shows will pre-prepare highlight reels in advance of an elimination. That’s like TV 101. But it’s also no big secret that tailoring the results of a reality show to achieve the highest possible ratings outcome to guarantee future viewer and advertiser’s interests is also a pretty common practice.

It’s also a little hard to believe that an outfit with the scale (read: money) of Channel 9 would be foolish enough to let a potential spoiler slip in there unnoticed, especially when Big Brother is one of its highest rating shows and is currently the network’s biggest drawcard. Surely there are safeguards against these things already in place; have we so hastily forgotten ANTM Cycle 6? Super Bowl XXXVIII ’04? Heck has no one at Nine seen The Newsroom? That’s what TV is like, right?

The plot – or lack thereof – thickens.