1. The absolute die-hards who have watched every musically-inclined production ever, and boast about trips to Broadway and London’s West End.

2. The musical aficionados who are always first in line for any and all musical films / live shows that are announced.

3. And the low-key lovers i.e. their live experiences extend to Wicked, but they defs love popping an easy watch musical on the telly.

With epic new Stan show Zoey’s Extraordinary Playlist having just dropped its first 2 eps, it’s clear to me that regardless of your spot on the hierarchy, it’s hard to go past an on-screen musical number.

So behold: the ultimate list of TV and movie musicals to fulfil your need for show tunes. 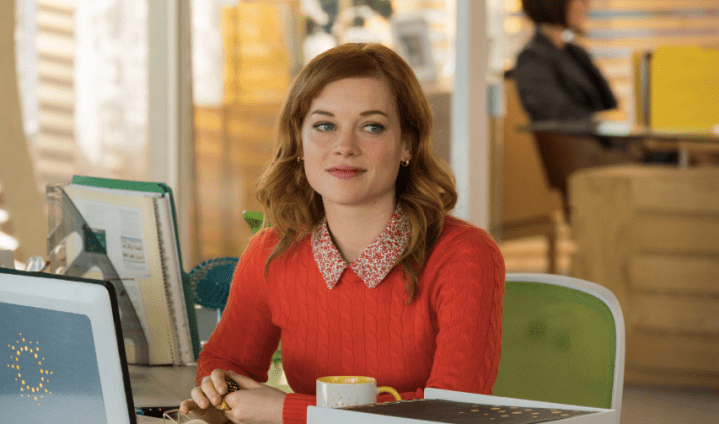 Okay let’s start with the obvi: the bright, shiny new series that is an absolute GOD SEND if you’ve been craving more musicals on your TV screen.

With the help of her musically adept neighbour, Zoey soon learns to love her wacky gift and it actually ends up coming in handy.

With a sick selection of tunes in each ep and a storyline that’ll have you hooked, this musical dramedy has something for everyone.

Zoey’s Extraordinary Playlist is now streaming only on Stan – same day as the U.S. – with new eps dropping weekly. 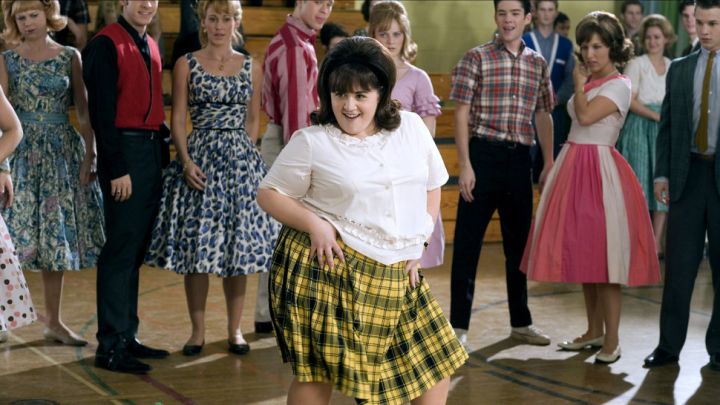 Not gonna lie, I’m not the biggest fan of seeing musicals live (queue gasps from the musical die-hards reading this).

I do, however, enjoy a movie musical, every now and then. Especially when Zac Efron is the lead star.

I remember seeing Hairspray at the movies with my fam back in 2007 and being absolutely blown away by all of the movie’s layers.

Not only are the songs super friggen’ catchy, but its body positivity message hit me right in the bloody feels.

There’s also a powerful commentary on race and sexism in the ’60s (which still exists, let’s be real), so it makes the film all-the-more poignant.

So if you’re after a flick that’s super fun but also includes a strong message, then Hairspray is your beat.

Buffy the Vampire Slayer – ‘Once More With Feeling’ 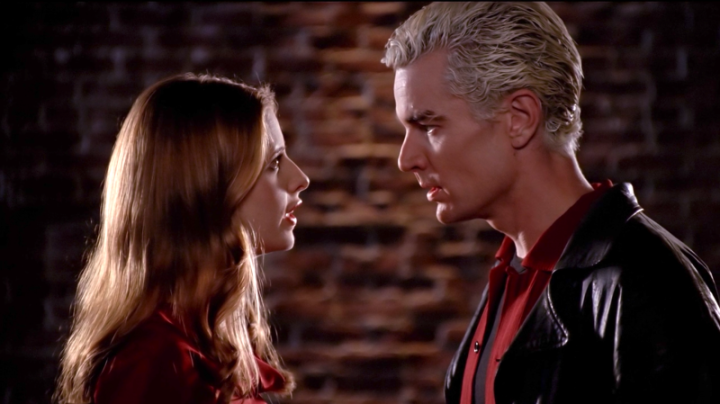 A lot of TV series pull a musical ep out of the woodwork every now and then to spice things up and appeal to the masses, but who the hell could’ve predicted that dark vampy series Buffy would be one of them?

In this unexpected but totally welcome episode of the iconic ’90s fantasy series, a demon known as Sweet makes everybody in Sunnydale sing the truths that they’re hiding.

Fans and critics alike praised the episode upon its release, with many heralding the cast for performing their own vocals.

The ep was so well received, in fact, that it prompted the release of a Buffy soundtrack which you should definitely go look up after checking out the ep. 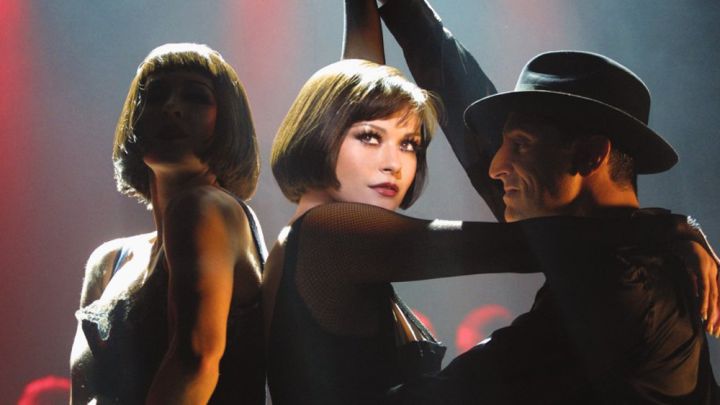 Betcha knew you had it coming, right?

Based on the stage-musical of the same name, Chicago is a multi-genre delight, featuring elements of crime, drama and comedy, told via hella catchy songs.

The critically-acclaimed flick won six Academy Awards in 2003, including Best Picture, three Golden Globes and a bunch of other prestigious awards.

It’s long been considered one of the greatest film musical adaptations and you simply cannot call yourself even a mild fan of the genre without giving it a watch… and listen… and sing… and dance. 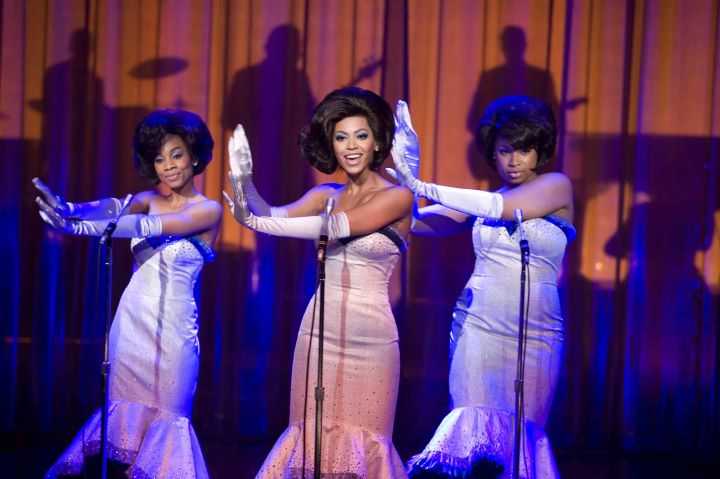 Beyoncé and Jennifer Hudson singing in a girl group = case made. But I’ll continue, just to give ya some further deets.

Adapted from the 1981 Broadway musical of the same name, the story follows the evolution of R&B music during the ’60s and ’70s, told from the lens of a Detroit girl group, known as the Dreams.

The flick is divided into two acts, both containing a bunch of soulful songs that are sometimes tear-jerky and sometimes triumphant.

Dream Girls received a number of accolades, including three awards at the 64th Golden Globe Awards ceremony, such as the Golden Globe Award for Best Motion Picture – Musical or Comedy, and two Oscars at the 79th Academy Awards.

Grey’s Anatomy – ‘Song Beneath the Song’ 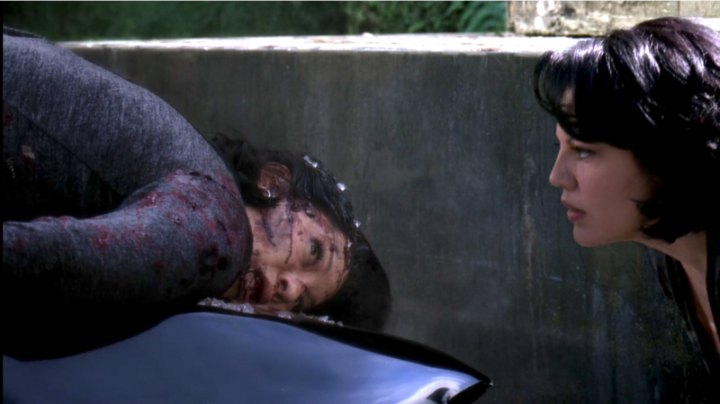 Another totally unexpected show to feature a musical ep is the heavy doctor drama, Grey’s Anatomy.

In this season 7 episode, Callie (Sara Ramirez) is severely injured in a car crash, and the resulting brain trauma causes her to hallucinate a version of herself standing outside of her body.

Her imaginary self sings as she observes the wild events going on in her co-workers’ lives as they fight to save her.

The other characters also sing as they work, but it isn’t acknowledged by the others around them nor by the singers themselves, so it’s particularly trippy but very enjoyable. 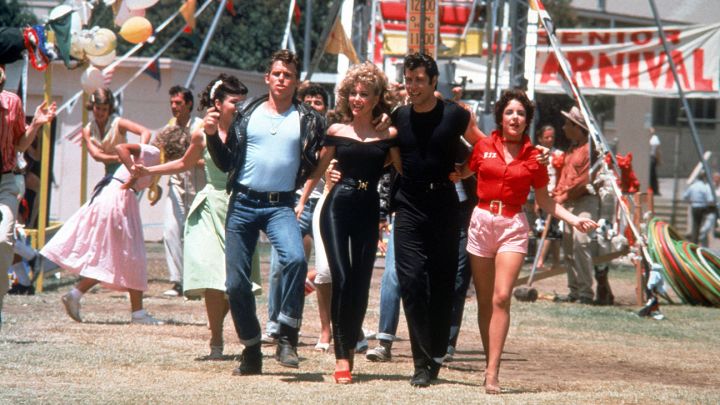 C’mon, you didn’t really think I was gonna complete this list without one of THE greatest on-screen musicals of all goddamn time, did ya?

I think what I love most about Grease is that it transcends generations.

It’s set in the ’60s, was released in the ’70s, and celebrated by musical (and non-musical) lovers from that point on, so no matter what age you are, everyone has mems of bopping along to ‘Grease Lightning’ and ‘Summer Nights’ from a young age.

Plus it’s got our very own Olivia Newton-John in it so you can’t help but feel a strong sense of Aussie pride when you watch it.

When looking for something to watch that’ll make you feel all warm and fuzzy, Grease is the word.