MAMMA MIA: Bella Varelis Got Scammed On An Italian Vacay & She Documented It All On Instagram

The Bachelor Australia star Bella Varelis has taken to Instagram to vent about what’s been described as “the holiday from hell.”

I think “hell” is a bit of stretch considering she was bailed out of trouble by her dad’s coin, but still, it certainly would’ve been stressful!

The reality star turned influencer revealed that she was forced to call her papa bear for help after she was scammed by an ATM during her lush getaway to Italy.

Taking to her IG Stories, Bella wrote: “I saved up so much before I left so I could spoil myself with something special on the trip and then I got scammed by an ATM the other day and ended up feeling pretty disheartened.”

She went on to reveal that she summoned her dad to rescue her with his dollarydoos. 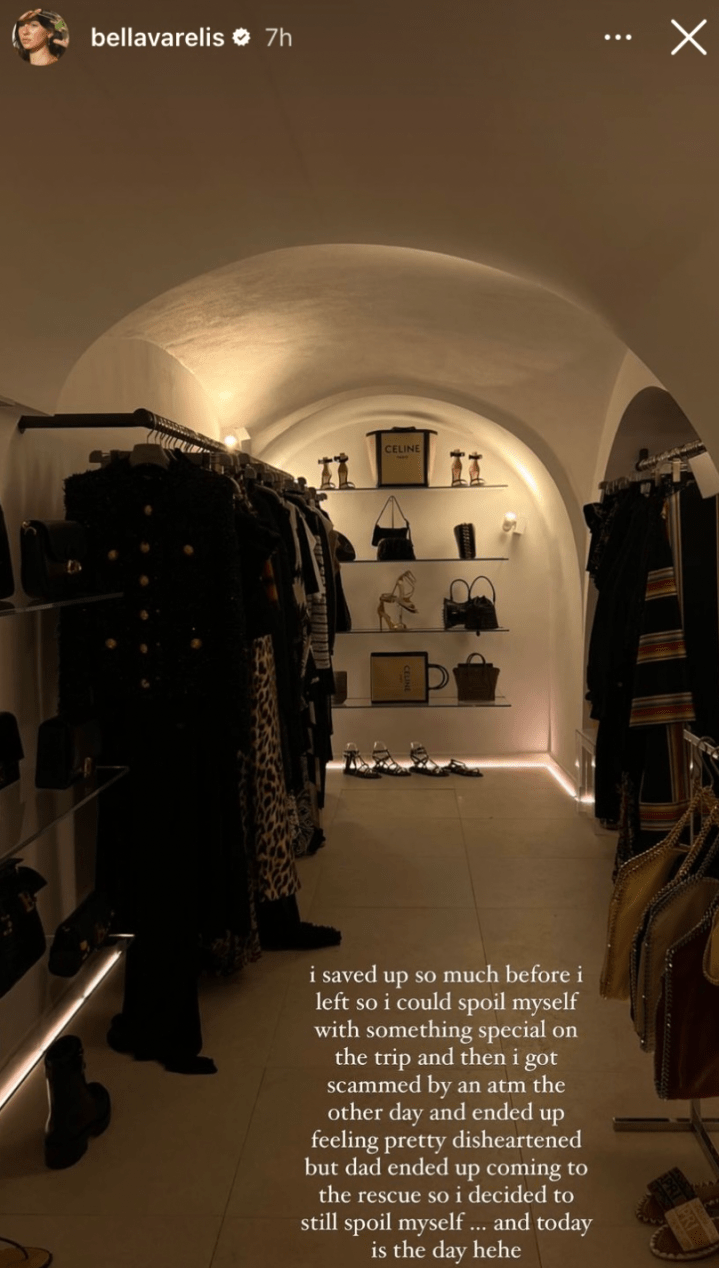 “But dad ended up coming to the rescue,” she said.

“So I decided to still spoil myself… and today is the day!”

How good are dads, aye?

Bella then took her followers on a guided tour of all the lush items she was looking at purchasing, which included a Dior Book Tote — which retails for around $5,000, according to So Dramatic!.

Nothing like retail therapy to cure a shit holiday sitch! 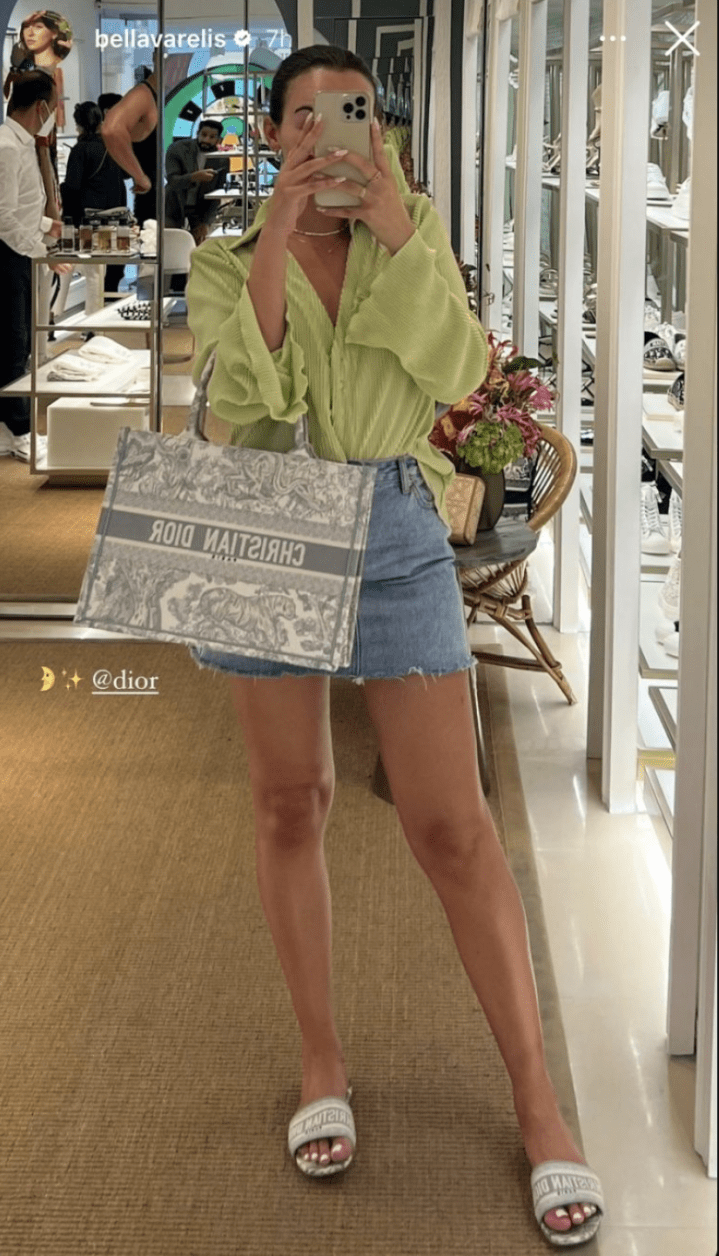 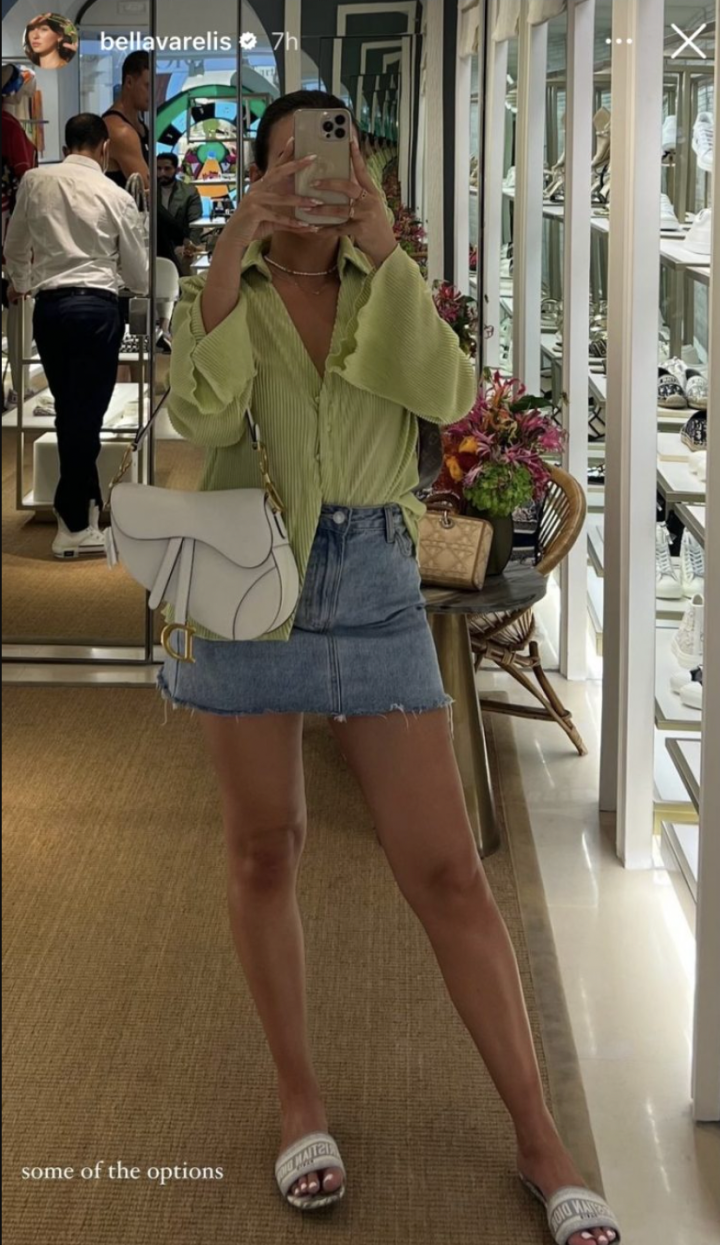 Bella Varelis has been touring Europe with her BF Will Stokoe.

Here’s a snap of them smooching at The Louvre:

Bella was the runner-up on Locky Gilbert‘s season of The Bachelor Australia back in 2020.

She lost to her now-ex bestie, Irena Srbinovska.

The demise of their friendship was a major storyline on that season of the controversial reality show.