In case you were wondering just how popular the Janoskians still are, know that Beau Brooks somehow convinced 93 of his fans into paying him $20 to get ‘your name’ tattooed on his wrist. The result is exactly that: the words ‘your name’.

Hot off the heels of selling bags of his actual pubes, Brooks has since moved on to basically just tricking his followers into coughing up their cash.

“Thank you to all my 93 beautiful fans who payed me $20 to get your name tattooed on me,” he said in a post on his private Insta.

If what he says is true, that means he raked in $1,860 for the price of getting inked.

READ MORE
NOT A JOKE: Former Janoskian Beau Brooks Is Selling Bags Of His Pubes For $300 A Pop

Some might even call the stunt a blessing. As far as tradeoffs go… it might actually be better to be finessed out of $20 bucks than to have your own name literally inked on the arm of a former member of the Janoskians for the rest of your life.

His fans aren’t even that pissed, either. The man technically didn’t lie, after all.

“I fell for this, at least it looks good,” wrote one person who is presumably $20 poorer but no less committed to stanning Beau Brooks. 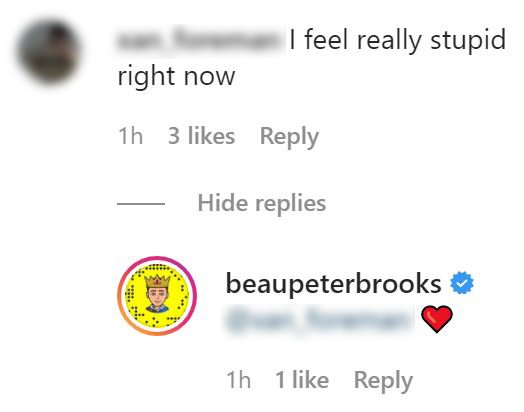 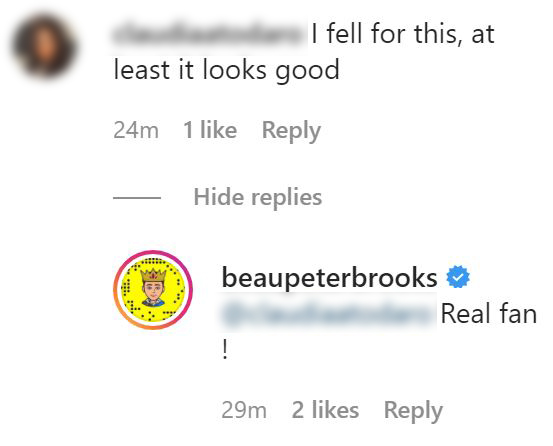 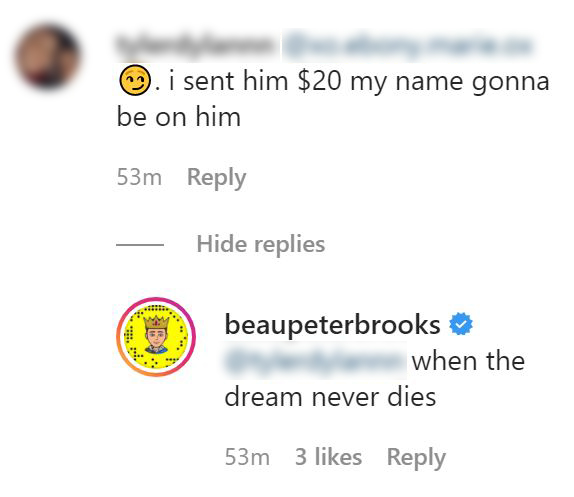 The original call-out, for anyone wondering, was cryptic but not technically wrong. Keep in mind it was said in a video, so the punctuation has all been added by yours truly.

Here’s what he said: “Hey guys I’ve thought about it and… fuck it, I’ll get ‘your name’ tattooed on me for $20. Message me and I’ll get the tattoo literally in seven days.”

Literally. LITERALLY. Ugh. He literally meant it when he said “literally”, which is literally the first time that’s ever happened.

Anyway, here’s to the cursed time warp we’re all trapped in, in which early-2010s online celebrities like Beau Brooks are raking in fat stacks from what may or may not be online scams.

At least there are no pubes or bodily fluids involved, this time.