Why The Actual Fuck Did Millennials Watch These Batshit Shows Before/After School?

Lemme paint you a little picture real quick: It’s the noughties. You’ve just burst through the door after a day of (what you thought at the time was) slogging away in the trenches at school.

The 2-minute noodles are boiling, your mum’s hitting you with a barrage of questions about your day and you grab the remote and hit the ‘on’ button.

Here’s a list of some of the batshit shows that would’ve appeared on your screen and entertained your post school binge session. 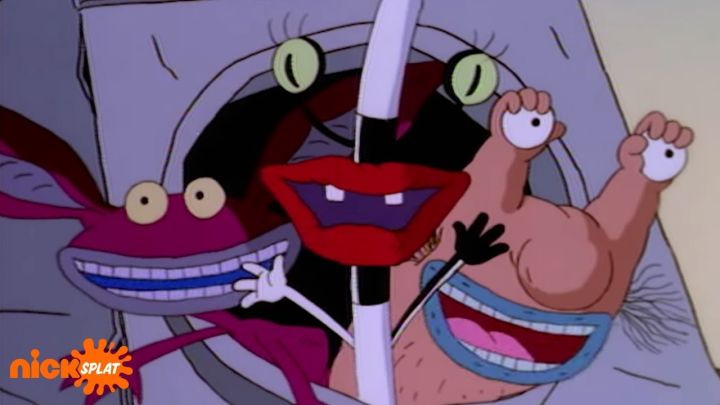 I remember watching this show at a really young age and finding it very creepy but also wildly entertaining.

One of them is a gremlin-looking thing, the other is a striped stick-figure with Kylie Jenner lips and the third is a gross brute with human flesh-coloured skin and mad armpit hair who holds his eyes above his head.

That’s literally as good as I can describe it but here’s the opening titles for reference:

The episodes charted the trios’ day-to-day life as they attended monster school and got up to all kinds of mischief. 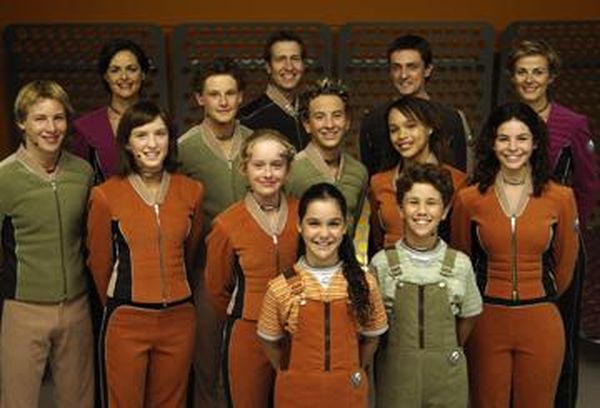 That wild outer-space show featuring every single Australian actor ever.

Set in the year 2052, Silversun is about a bunch of teenagers hurtling through space on an advanced spaceship in search of a new world.

It was pretty high stakes for a chill, low-budget kids show featuring wee youngsters but back in the ’00s, we ate it up with a bloody spoon.

Have a go at the opening credits below and be transported back, as if by the Star Runner itself. 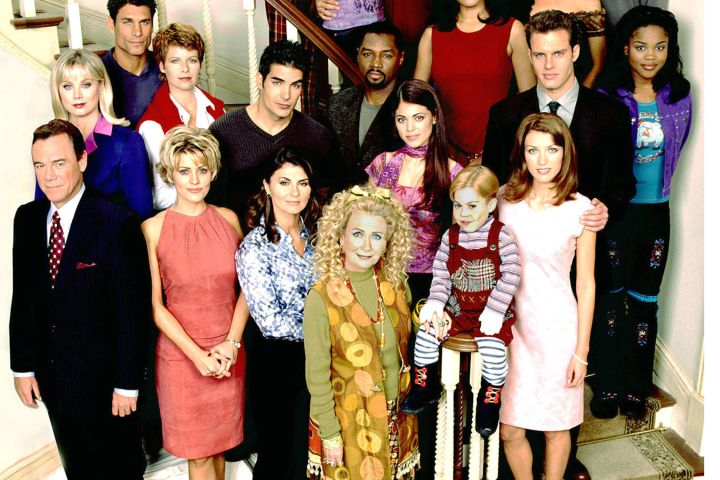 If I weren’t around in the ’00s to actually see this show on the air, there’s no way in hell I would’ve believed anyone ever agreed to let it see the light of day.

During a time when soap operas were all the rage with the likes of Days Of Our Lives, Bold & The Beautiful, The Young & The Restless, Home & Away and Neighbours dominating the airwaves, here was a soap opera unlike any other, principally because it featured a wicked witch and a talking doll.

The series had its run-of-the-mill soap tropes like breakups and scandals and cheating and all that jazz, with the added twist of a local witch named Tabitha who would cast spells and curses on her fellow residents of Harmony.

Tabitha was aided by a doll named Timmy who she could turn to life which was very unnerving to watch.

Among the show’s other weird flexes was its penchant for ~it was all a dream~ storylines, flashbacks and frequently breaking the fourth wall.

As if the show wasn’t eerie enough, two of the characters who were destined to die on the show passed away in real life.

Josh Ryan Evans (the actor who played the talking doll) died while on medical leave, just as scenes were airing where Timmy died in hospital and went to heaven.

Also Alan Oppenheimer (the actor who voiced antagonist Alistair) passed away after drowning in his pool, just as scenes were airing where various characters tried to kill Alistair.

READ MORE
Why Fishy Series 'H20: Just Add Water' Is One Of The Greatest Aussie TV Shows Ever 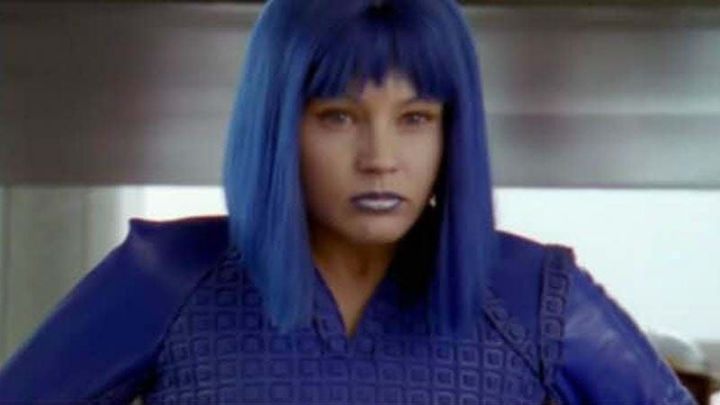 From the creators who brought us Pirate Islands and H20: Just Add Water came this weird unit named Cybergirl.

The iconic noughties series was about a Blue superheroine Human Prototype 6000 living under the secret identity of ordinary teenage girl Ashley Campbell.

They’ll hate my guts for this, but here’s a lil snapshot of this fascinating moment in television history: 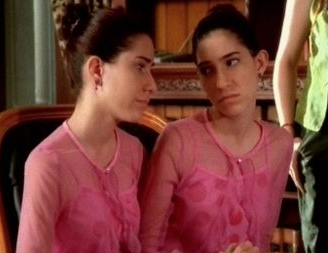 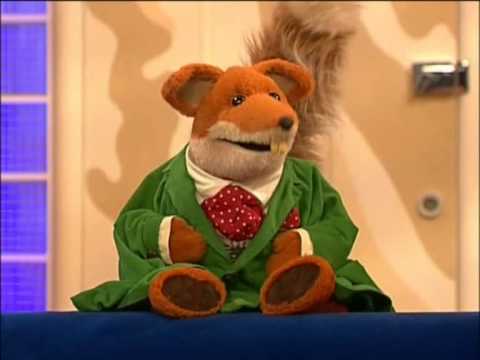 Think spinoffs are a product of 2019? Think again! The Basil Brush Show was a spinoff of a ’60s series of the same name featuring a glove puppet fox named Basil Brush.

I shit you not: the show is about a foul-mouthed fox puppet living in a colourful modern penthouse flat along with a few mates.

The sassy little devil was best known for his quick wit, scathing tone and obnoxious Beavis and Butt-Head-esque laugh.

See below for reference: 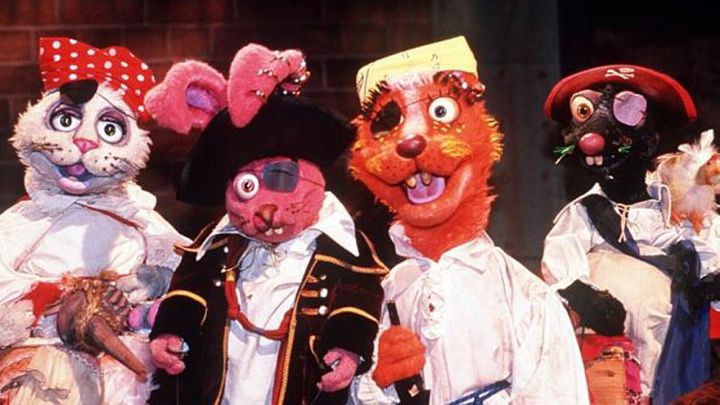 On the subject of savage talking animal puppets, here’s an Aussie classic about a group of puppets who live in a dingy shed with *checks notes* two university students and their landlord.

The animals included a rat, a rabbit, a dog, a koala and a kangaroo.

Despite it only running for one year from ’94 – ’95, reruns ensured that these potty-mouthed puppets continued to grace our screens with their irreverent humour. 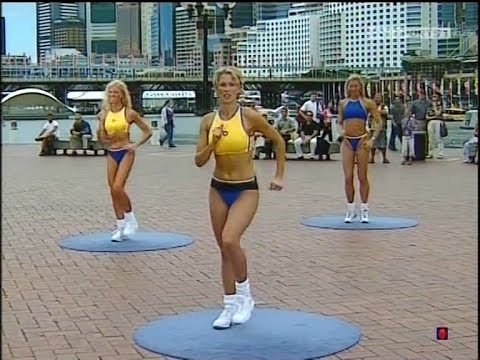 This list without be complete without a before school pick, enter: Aerobics Oz Style.

Because there wasn’t all that much time in the morn to get ready before school, the only show I was interested in watching while I scoffed down my Rice Bubbles was Pokemon but in those rare instances where I woke up before 7am, I’d have the channel set on 10 in anticipation which is how I came to watch the last few mins of this exercise series.

A bunch of super fit and perky aerobics instructors taught the health-conscious across Australia how to do their morning aerobics from yoga mats splayed across various iconic locations in Sydney.

While the show itself wasn’t batshit, the concept of a pre-teen boy watching a bunch of grown women exercising while eating cereal and playing his Gameboy certainly is.

I’m not sure who among us had the energy to indulge in aerobics at 6:30am but the main form of entertainment from the show was the boisterous hit they played in the closing credits.