SPICY: An Anonymous Model Has Revealed All The Wild Shit That Went Down At The BAFTAs Afterparty

Boil the bloody kettle because goss guru Deuxmoi has some fresh tea for us and this one’s a doozy.

An unnamed model who allegedly attended the Vogue afterparty for the BAFTAs has revealed a bunch of wild shit she witnessed throughout the evening.

Perhaps the spiciest of the lot was the part where she slammed Euphoria star Jacob Elordi, claiming he ignored her and “seemed annoyed when fans were asking for pictures.”

To be fair, what do you expect from the IRL Nate Jacobs?

She also dissed Hero Fiennes Tiffin, claiming the After star was “rolling with the wrong crowd” so she “didn’t want to go anywhere near him and his friends.” Interesting…

Meanwhile Sebastian Stan was “very quiet” and “creeped” her out. 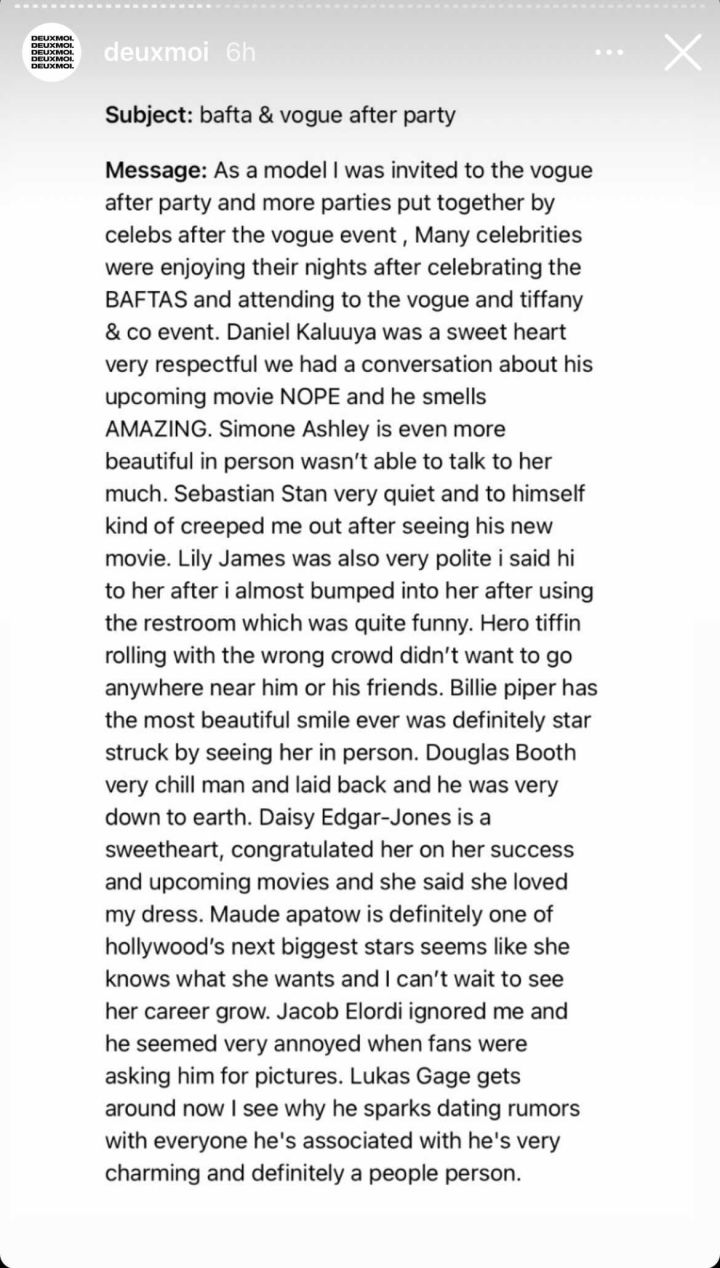 It wasn’t all neggo though as she praised Daisy Edgar-Jones, calling her a “sweetheart” and recounting the actress complimenting her dress.

And finally, she said The White Lotus star Lukas Gage “gets around now.”

“I see why he sparks dating rumours with everyone he’s associated with,” she said.

This is all anonymous tea via a goss Insta so take it all with a grain of salt, of course.

Elsewhere on Deuxmoi, someone has made some sneaky claims about old mate Rebel Wilson allegedly going on a “BAFTAs rant.”

“It was cut from the TV broadcast but Rebel Wilson went on a rant while hosting the BAFTAs about Lionsgate pulling the plug on her K-Pop movie,” the message reads.

Apparently she told Lionsgate to “go fuck themselves.”

Why on EARTH would they cut that out? This is the shit we tune in to award shows to see! 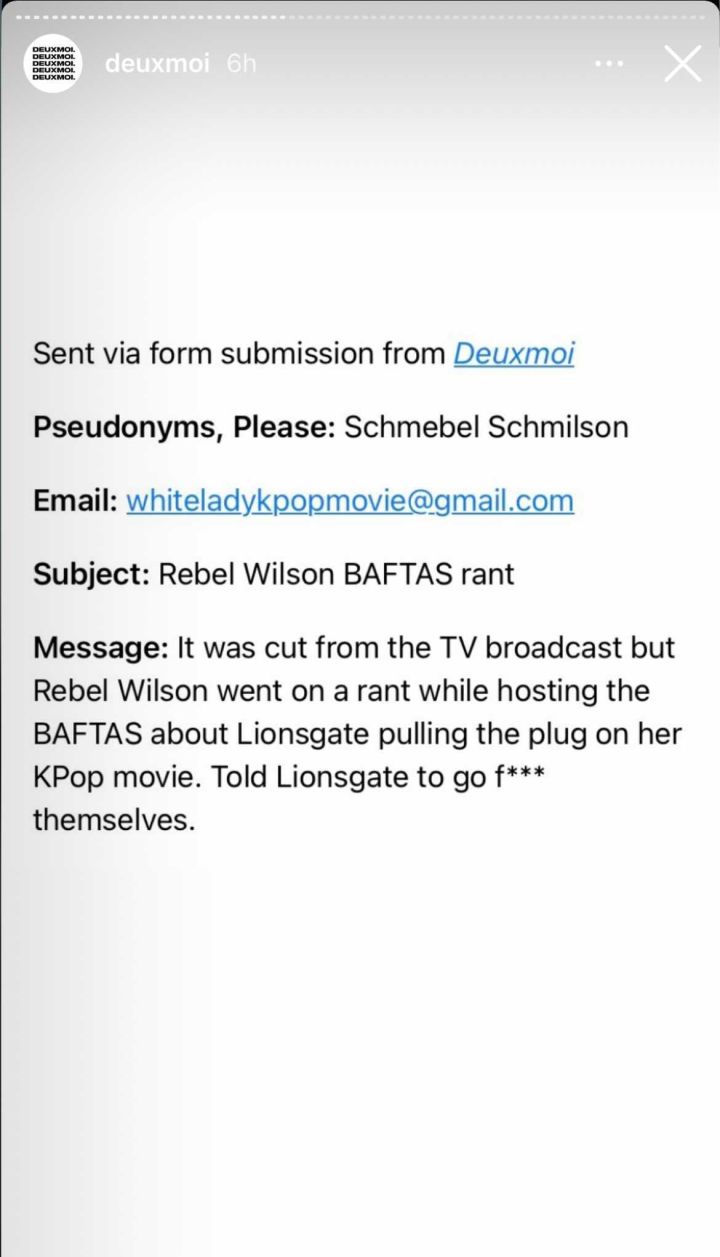 Also check out our coverage of the best and most batshit BAFTAs fashion.