BIP’s Alisha, Glenn & Jules Are Feuding & It’s The Most Confusing Thing I’ve Read Since… Ever

Just when you thought Bachelor In Paradise was done and dusted, more drama has been dug up… at least we think it’s drama?

A bizarre comment mady by Jules Bourne on Alisha Aitken-Radburn’s Instagram pic has left fans divided about whether it’s shady or not.

Alisha dropped a cute pic with BF Glenn Smith, who she began her love story with on this year’s season of BIP, which prompted Jules to leave the following comment in aggressive caps: “GOOGLE SEARCH FROG MEME.”

Alisha then responded, “Probs time to tap out, buddy.”

Bachelor stan account Bachie Funny was confused about what the hell Jules is on about and honestly, same.

A load of you have sent this in and I'm kinda confused but here's what I think (?) Is going on: Jules compared ex Alisha to a frog. Or himself to a frog. Glenn brought up how shit he was to Alisha on BIP 2019. Jules then rambled on about something else and deleted the comment. ????‍♀️

When you google search the frog meme, this is what ya get:

So um, is he poking fun or is he insinuating that he’s a sad frog? It’s also likely that he’s being a vicious little troll as the frog is associated with 4chan / Trump. Ugh. But either way… I’M SO CONFUSED.

As pointed out by So Dramatic! podcast, Glenn later commented, “Google search umbrella of ambiguity” which is a quote that Jules used on BIP to describe his and Alisha’s relationship and yes, it was equally confusing at the time.

This might just be the most nonsensical fight in Bachelor history (and that’s saying something).

So the big question is, was Jules being shady or salty?

Well, we know for a fact that he’s peeved about how his and Alisha’s relationship ended up on BIP ‘cos he spoke about it on a recent ep of So Dramatic! podcast

“We were getting to the end of Paradise and I would say we were in a really good place,” he explained, clarifying that their romance was “100 per cent” genuine.

At that stage, Jules and Alisha had known each other for 23 days and decided to go at their own pace to find out if what they had was “sustainable and real”.

“TV doesn’t like when TV doesn’t happen on their camera. I was under the impression that we should go at our own pace back in Australia and continue what we have which is really awesome in Australia. I believe the TV gods weren’t happy with that – they wanted a definitive yes or no to happen on camera for their product which is fine but an ultimatum was given to me by Alisha indirectly by the producers,” Jules explained. 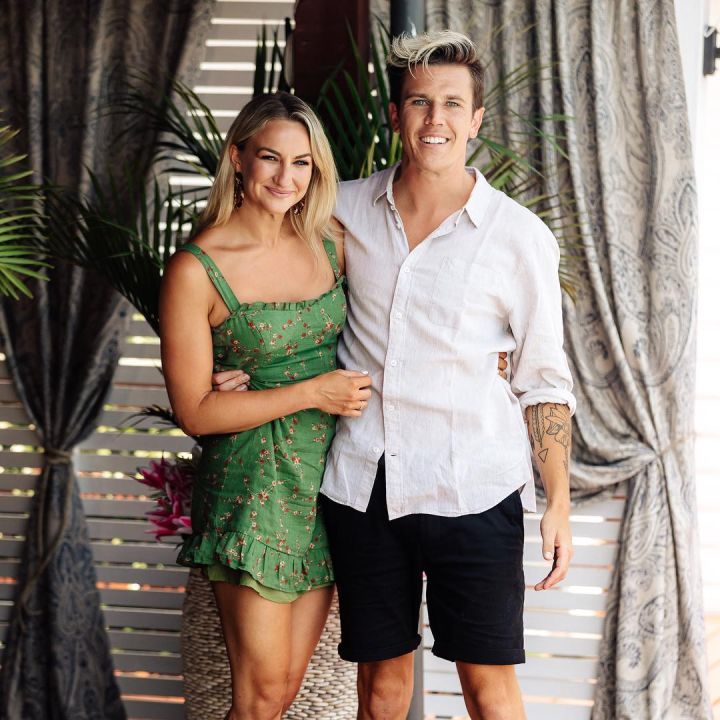 He then weighed in on Alisha’s new relationship with Glenn Smith.

“I’m kind of mad at Channel Ten because I feel like they’ve spoiled it already. In the promos that I’ve seen with the engagement ring on a finger – if that is not Glenn and Alisha proposing to each other, I will eat my hat!” Jules said, and I wonder if he’s eaten that hat yet.

Jules made it clear there was no bad blood between him and his ex, stating: “If that is happening, that is 100 per cent gorgeous”.

“I don’t want to put out stalker vibes but all the information is there. If you pay attention to Alisha’s Instagram, she has moved to Perth, fact. Glenn lives in Perth.”

The conclusion is: I’m more confused now than when I started writing this, but I hope there’s something in this yarn that’ll help you piece it together.