“Was I missing something? Had I got it all wrong? Were these contestants performing to such a high level that a mere such mortal such as I could not comprehend the breathtaking ability in front of me?”

“You decide. Sit back and feast your eyes on a bunch of performers whose lack of humility is only surpassed by their lack of talent.”

So goes the intro to Australian Idol UnCut: Dicko Takes Us On A Journey Through The Early Auditions For Australian Idol. It’s a long name for an even longer DVD that I managed to salvage from the darkest depths of eBay in order to relive the mid-2000s ecstasy of seeing ordinary people embarrass themselves on TV.

One section is simply called “Dicko’s Payback” for reasons which I do not fully understand. Already, we’re in for some… something. 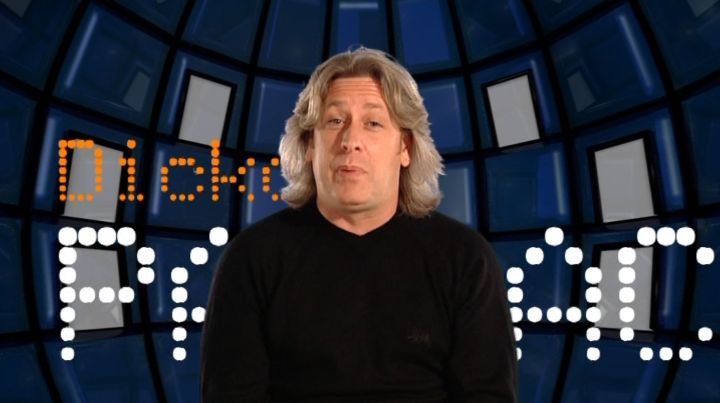 If you love watching people who genuinely think they’re good being told they’re bad, you might sadistically enjoy this.

For the rest of us, it’s kind of like watching an argument unfold between two people who are both wrong for different reasons. You can’t help but just watch from afar and cringe.

“That has got to be for me, in the top three most unusual voices I’ve ever heard in my life,” Dicko told one contestant.

“Thank you, that’s sort of what I’m going for,” they replied.

READ MORE
Oh You'd Better Believe It's Time For A Good Old Australian Idol, Where Are They Now

“That wasn’t really a compliment.”

“That was really bad. That was shockingly bad,” Dicko added.

“You would scare the crap out of the kids of Australia. It’s like you had demons in you trying to get out.” 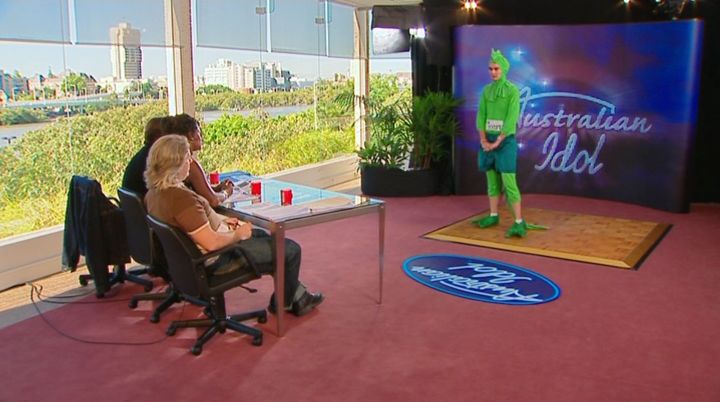 Sometimes, Dicko’s burns are total one-liners, with the contestants themselves too dumb(founded) to register what’s going on.

Like when he told a guy in a dragon suit: “That wasn’t so much a dragon as a croc, mate, in all senses of the word.”

“If we hear another thousand people today, I will be surprised if we hear anyone as bad as that,” Dicko told another contestant in the absence of any constructive feedback. 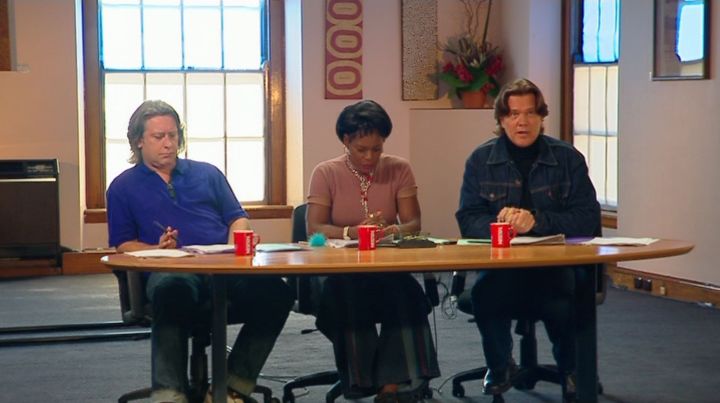 While the DVD made me realise that in most cases, Mark Holden was just as mean as Dicko, it also reminded me of what a queen Marcia Hines was and (still is).

It’s interesting to see Marcia try to tell contestants how crap they are using obtuse analogies, only for the contestant to turn around and totally misunderstand that very analogy.

But she’s not always perfect herself.

Almost 20 years on from season one, it’s easy to forget that these contestants have themselves moved on in their lives.

It’s actually quite easy to Google distinctive contestants with distinctive names. Turns out they’re ordinary people with ordinary LinkedIn profiles to prove it.

And to be honest, even a lot of these auditions are pretty ordinary, with or without context. It feels like whoever put this DVD together didn’t watch the same season as us, or maybe they just took the show way too seriously.

The end result is just a bunch of random, underwhelming auditions with a few sassy remarks from Dicko interspersed between them.

Occasionally there’ll be a shithot one-liner from the contestants themselves: “The one on the right-hand side, he was a bit of a B-A-S-T-A-R-D.”

She was referring to Dicko, of course.

But perhaps the most memorable audition of the season (and the whole show) was thankfully included in the DVD.

That is, of course, the infamous Jimmy Scarf:

Aside from Jimmy, there were a few other highlights, too.

I must admit I did crack a pretty wide smile watching Marcia talk about how much she hates swearing, only to let a cheeky “bullshit” slip out.

One of the contestants on the DVD actually passed the audition, but became a lost cause because he talked so much to the point that the judges just cracked up every time he tried to get a word in. 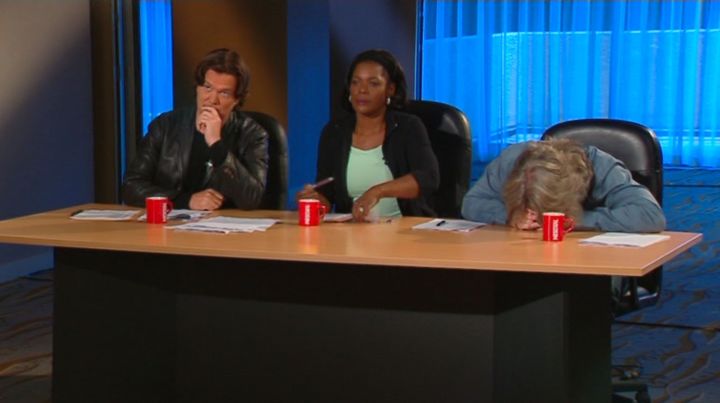 And who could forget absolutely legend Joel Turner, who made his debut in the auditions of Australian Idol season one.

Dicko was sadly a hater but Marcia did not miss when she told him: “That’s great to get all those sounds out of one body.”

His Idol debut was the final scene of the DVD, which was a decidedly high note to finish on. 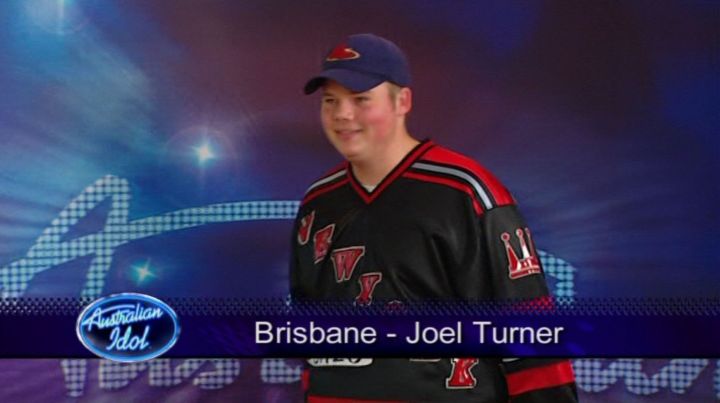 When I popped Australian Idol UnCut in the DVD player for the first time, I was expecting to be winded by two hours of pure nostalgia. Instead I just got so bored that I had to watch it at double-speed to get the whole thing over with.

Not to bash Dicko’s nasty mid-2000s schtick – we were all entertained by it back then – but it simply doesn’t hold up nowadays.

I think even Dicko himself knows that, hence his public personality pivot a few years ago.

It’s mind-numbing stuff, but at least it did stimulate vigorous discussion among myself and a few mates as to whether or not Dicko is circumcised. The mind can’t help but wander after seeing the word “UnCut” [sic] plastered next to Dicko’s face on the DVD cover.

We mused as to whether his supposed “messy circ” was the driving force behind his bad boy attitude on TV. And what was the social attitude to circumcision in 1960s England when Dicko was born? 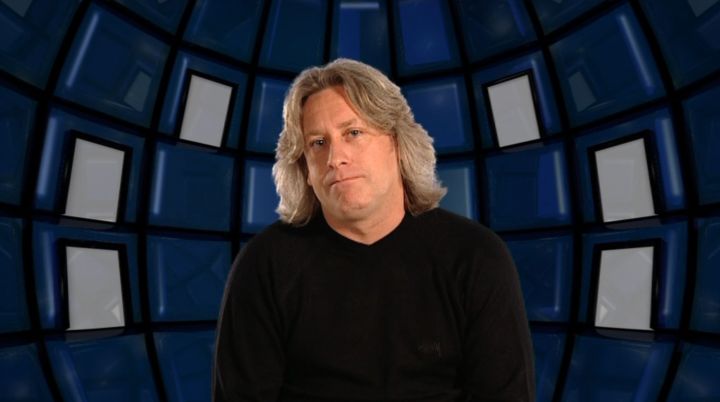 Good points were made on both sides, but the jury is still out.