The year of exhibitions is wrapping up before venues and curators take a much deserved break. There’s a few unmissable events this week, including the final exhibition ever at Sydney’s Monster Children Gallery for which curator Joe Allan Shea and the other guys have put together a mindblowing lineup of talent (at disgustingly affordable prices too!); and then there’s the last show of the year for Brisbane’s Nine Lives who are relocating to an upgraded space next year. There’s a couple of great artists showing at one-off events this week too: webuyyourkids, Ken Taylor vs Deb for Secret Wars, and the CURVY and MUSCLE UP tour hits Sydney. Nice week we’re having.

Who AL OUCHTOMSKY, ANDREW HOLDER, BEN HAVENAAR, CAITLIN FRANZMANN, CLAUDIO KIRAC, DAVID PETER FORD, JACOB ROLFE, JAE COPP, JOEL BIRCH, MARIAM ARCILLA, MARK ALSWEILER, RYAN HEYWOOD, STEPH HUGHES, TRENT WHITEHEAD.
What The final Nine Lives show for 2010 is a win: a huge lineup of some of the best artists Queensland has got on offer and a few out-of-towners thrown in there too. The gallery is relocating to a bigger and better space next year so get yourself to the Ann Street spot for one last blow out. It’ll be nostalgic and it’ll be a party. Tis the season right?
When Opens Thursday 9 – 18 December 2010
Where Nine Lives Gallery – 694A Ann St, Fortitude Valley QLD 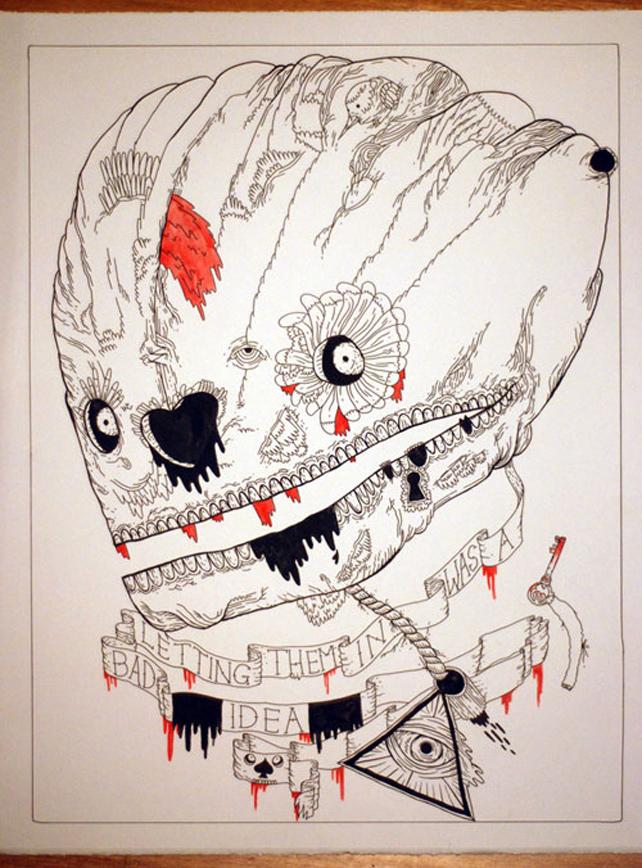 Who MONSTER CHILDREN GALLERY FINAL EXHIBITION EVER
What How else would Monster Children Gallery say farewell than with an epic lineup of artists befitting of the gallery’s reputation. Time to say goodbye with a message from the gang: Where we go next and what we have up our sleeve will be announced early next year. For now, come and celebrate six years of amazing exhibitions with pieces by Barry McGee, Ed and Deana Templeton, Mark Gonzales, Jason Lee, Jim Houser, Aaron Rose, Lister, Kill Pixie, Natas, Stanley Donwood, Geoff McFetridge and about twenty other pieces by many more with nothing over $500. Bring your pocket book.
When Thursday, December 9th 2010
WhereNine Lives Gallery – 20 Burton Street, Darlinghurst NSW 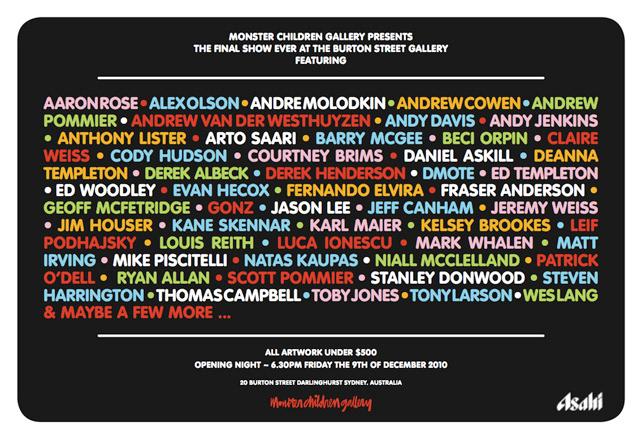 Who BEN BROWN
What The graphically charged imagery of artist Ben Brown explores the kinda linear themes of celebrity, junk culture, zombies and skulls. ‘Immortal’ is a collection of dynamic new works in ink and paint by one of the finest comic-inspired artists around.
When Opening Friday 10th December 6-9pm. Exhibition is open from 11th December 2010 to 24th January 2011.
Where National Grid Gallery – 24 Chard road, Brookvale. NSW 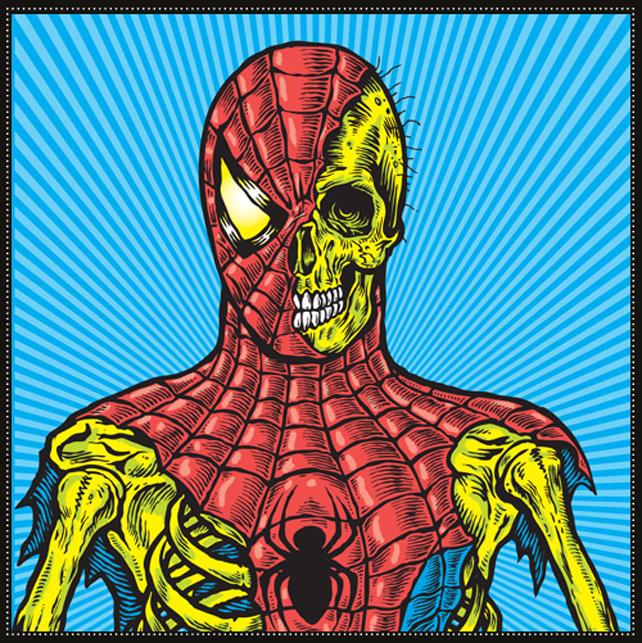 Who WITHOUT WALLS: VOLUME 2 – JAMES JIRAT PATRADOON, BEN TOUPEIN, BRETT CHAN, JIN HIEN LAU, AISLING KING-MACKLINE, JUMBO
What Without Walls: Volume 2 is back at Ambush Gallery. The second installment will feature the frantic and hyper-masculine images of James Jirat Patradoon, the drawings of Ben Toupein that has a focus on peoples locus; the extensive and highly graphic geometric artistry of Brett Chan; an artist/animator: Jin Hien Lau; the angry, naked and headless scribbles of Aisling King-Macklin; and the street-exhibiting, outdoor-postering long-time Sydney street art luminary JUMBO.
When Wednesday 8th December 2010, 6pm – 9pm.
Where Ambush Gallery – 4a James St, Waterloo NSW 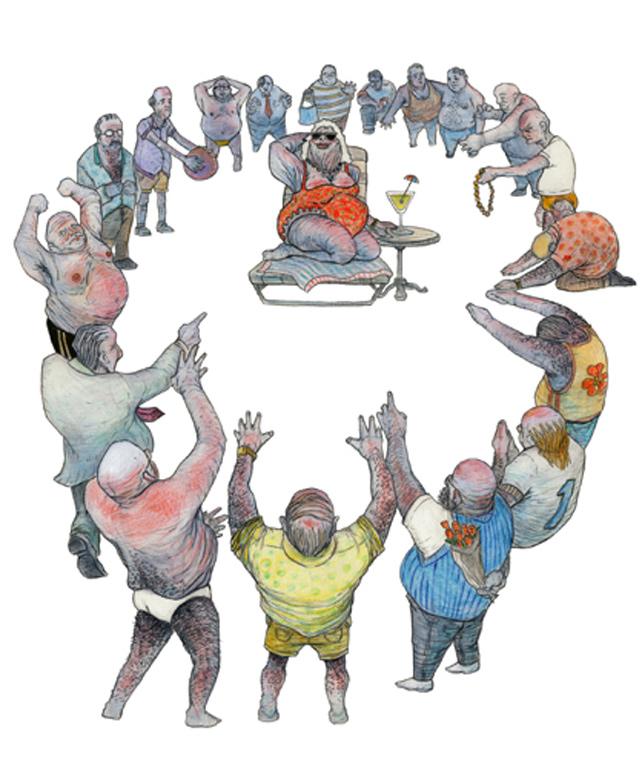 Who JOHN ROHRIG, ANDREA BREEN
What ‘Res/pon/ding’ has John using a variety of mediums from collage to sculpture to improvisation, to explore the journey toward making meaning from human experience. Andrea Breen has a passionate interest in eclectic improvisation – sound, word, image and movement – and for res/pond/ing she explores creative process and production that emerges from that process. Her primary mode of expression is sound and word, and so responding with paint and photographs has presented unexpected moments of euphoria and pain.
When One night only: Wednesday 1 December 2010.
Where Jugglers Art Space – 103 Brunswick Street, Fortitude Valley QLD 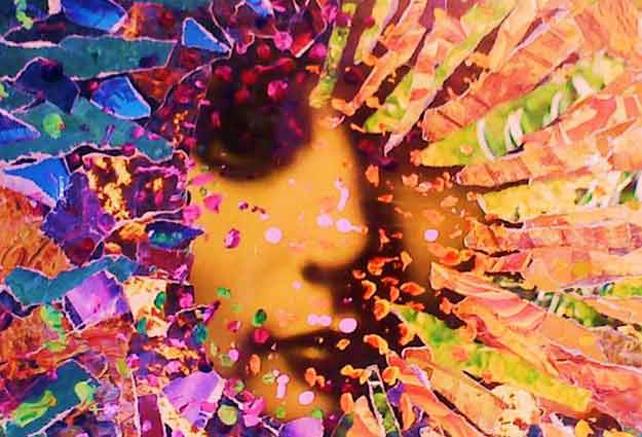 Who WEBUYYOURKIDS
What Sonny Day and Biddy Maroney AKA webuyyourkids are lending their formidable artistic talents for the launch of the new adidas Originals store at Westfield Sydney City. Webuyyourkids will be painting a mural live at the launch and, with their reputation for being totally boss, it’ll be worth experiencing. Come have a Carlsberg or three and grab some new Gazelles.
When Opens Wednesday, December 8th 2010 – 5:00pm – 6:30pm
Where adidas Originals store: Level 1 Westfield Sydney City 188 Pitt St 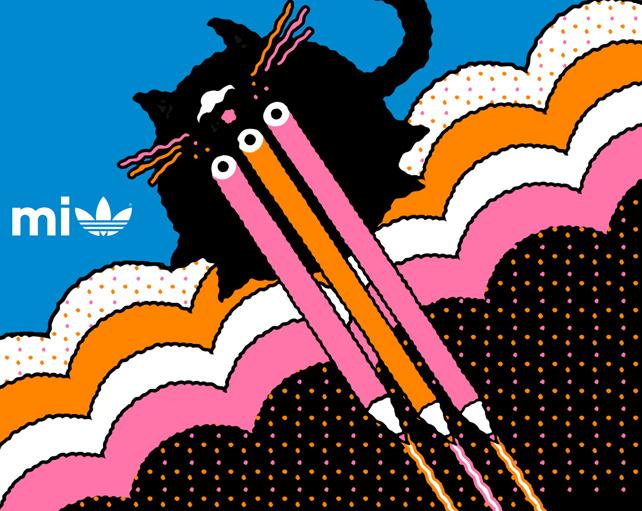 Who CURVY and MUSCLE UP Sydney Book Launch
What The 2010 CURVY publication has been co-curated by urban art heroine Fafi together with Colette Paris founder Sarah Lerfel and features art direction by the brilliant Deanne Cheuk. More than 80 female artists and illustrators are showcased. Then there’s MUSCLE UP – the Curvy of penisland! It’s curated by Jeremyville, art directed by David Mardon and Jason Renel of The Shop, ergo it’s fucking rad. Buy one of each and make your home that much better.
When Opens Wednesday 8th December, 7:30pm – Thursday at 10:30pm.
Where Lo-Fi Collective – 383 Bourke St Darlinghurst NSW 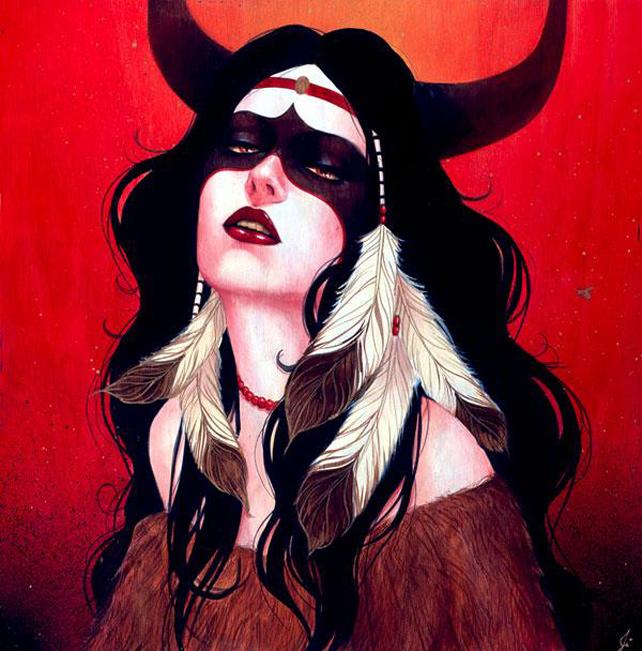 Disney
There are no more articles to be viewed