As you may recall, in the Mean Girls section of the ‘Thank U, Next‘ video, Ariana Grande shared a cute little love note to her ex Big Sean, writing “so cute, so sweet (could still get it)” in the pages of her burn book. It now appears that Sean can, in fact, still get it, after the two were seen in a so-called “snuggle session” in his car outside a Los Angeles recording studio this week. 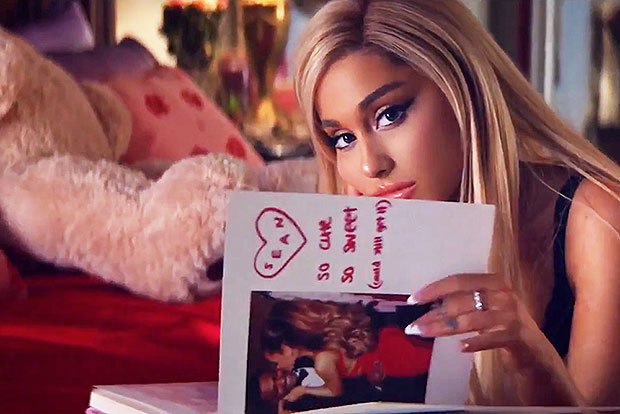 Gossip monsters TMZ report that the pair were seen “cozied up” in Big Sean’s ride on Wednesday night. The pair met up outside the studio – reportedly Grande was there first, then Sean came later, and they spent “several hours” inside before both retired outside. Photos show her cuddling up with her puppy in the front seat, before the pair drove off together.

Ariana Grande and Big Sean dated for around a year before pulling the plug in 2015. They released a joint statement at the time saying that they “both care deeply for each other and remain close friends,” and in the lyrics of ‘Thank U, Next’, Ari declared “thought I’d end up with Sean, but it wasn’t a match.”

Sean moved on with Jhene Aiko, with whom he only recently called it quits, while Ari would go on to date Mac Miller and Pete Davidson.