Hollywood Reporter reports that co-creator Ryan Murphy has optioned the rights to Jeffrey Toobin’s book, ‘A Vast Conspiracy: The Real Sex Scandal That Nearly Brought Down a President‘, which is considered to be a definitive history of the scandal, lead-up, and subsequent fall-out.

Murphy and Brad Falchuk‘s wildly successful (and Emmy Award-winning) first season, ‘People v O.J. Simpson‘, derived a ton of its source material off another of Toobin’s books, so this is shaping up well.

The downside? We’re not gonna be getting it for yonks. Seasons two and three are already locked in – exploring Hurricane Katrina and the July 1997 assassination of legendary designer Gianni Versace respectively – and they’re not expected to air until at least 2018.

On the other hand, that’s plenty of time to speculate who’ll be playing key characters, which includes not just Monica and Bill, but (probably) Hillary Clinton and (definitely) Lewinsky’s colleague Linda Tripp, who secretly recorded Lewinsky’s conversations about her alleged affair with the then-President.

But for the lead role, have you guys thought about…? 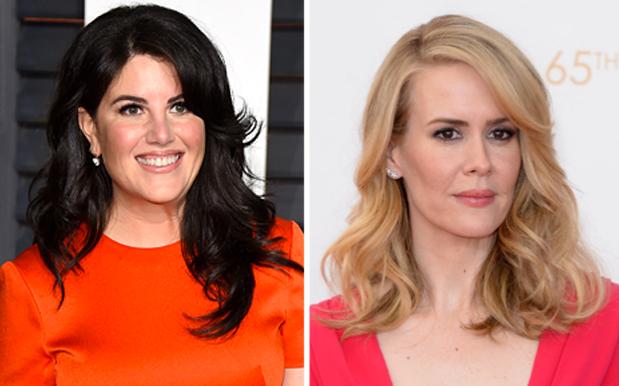