Text messages that are allegedly between Amber Heard and Johnny Depp‘s assistant Stephen Deuters have been obtained, and if true, they portray a disturbing picture of ongoing domestic violence.

The texts – obtained by ET – reportedly date back to May 2014, before Heard and Depp were married.

In the exchange, “Stephen” is messaging the recipient (believed to be Heard) after a fight with “Johnny”, beginning with Deuters allegedly apologising on behalf of the actor.

“Think he’s just texted you,” he writes. “He’s incredibly apologetic and knows that he has done wrong. He wants to get better now. He’s been very explicit about that this morning. Feels like we’re at a critical juncture.”

“Yes but I don’t know how to be around him after what he did to me yesterday,” Heard (allegedly) replies. “I don’t know if I can stay with him.”

“He wants to see you so much,” Deuters writes back. “He’s so distraught.”

“Look, he thinks ‘he doesn’t deserve this’. Obviously he has no idea what he did or to the extent that he did it. If someone was truly honest with him about how bad it really was, he’d be appalled. The man Johnny… [the screenshot cuts off the rest of the sentence] … And definitely wouldn’t say to me that he doesn’t deserve it. I’m sad that he doesn’t have a better way to really know the severity of his actions yesterday. Unfortunately for me, I remember in full detail everything that happened.”

“He was appalled. When I told him he kicked you, he cried. It was disgusting. And he knows it. I wasn’t with him when h sent you the 2nd txt. He read it to me and I said it was the wrong text to send. He then sent the 3rd one and sat and cried again after on the bed. He’s a little lost boy. And needs all the help he can get. He is so very sorry, as he should be.”

“He’s done this many times before. Tokyo, the island, London (remember that!?), and I always stay. Always believe he’s going to get better… and then every 3 months or so, I’m in the [the end of the sentence cuts off]. 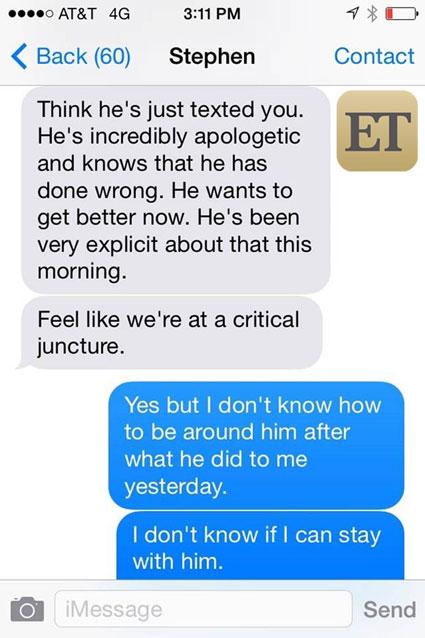 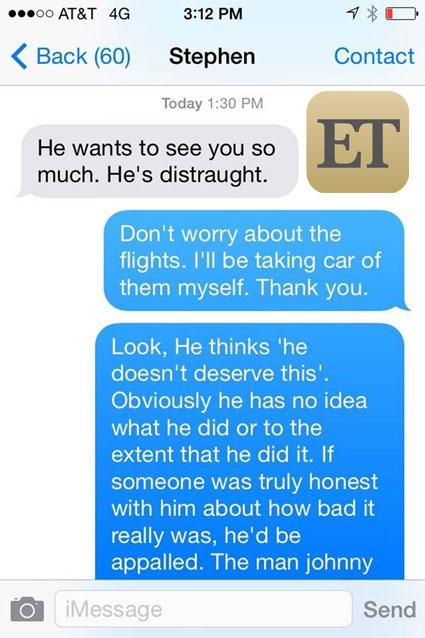 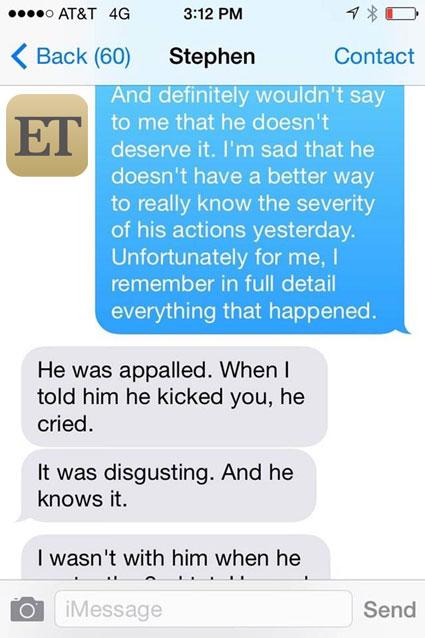 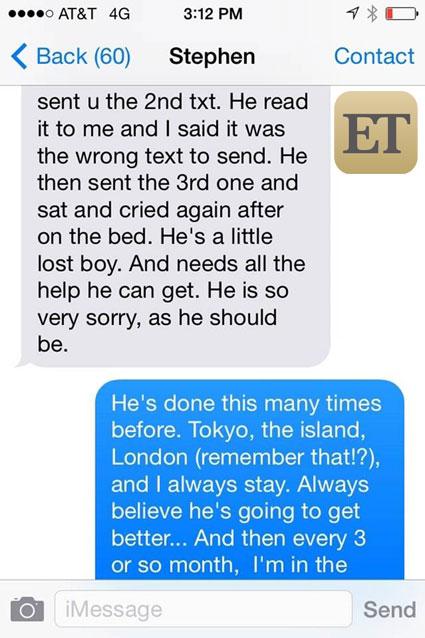 Johnny Depp’s lawyer Laura Wasser has dismissed the claims of domestic violence, saying they are merely an attempt “to secure a premature financial resolution.”

Meanwhile, Heard’s lawyers have issued a lengthy statement trashing these allegations and calling Heard a “hero”.