The cadaver is still warm on the table but that hasn’t stopped the ABC from tearing up Spicks & Specks‘ DNR question cards and breathing new life into the old joyous hump day quiz show, which joins an unnamed Chris Lilley project, a Paper Giants sequel and a ‘Love My Modern Family Way’ drama as a few of the highlights revealed today in the network’s 2013 programming announcement.

The sealed section of ABC’s 2013 program compendium, released a couple of days after Nine’s, contained news that Lilley and his delightful brand of chameleonic cultural cringe (sans S. Mouse) will be returning to the ABC in 2013 with a project that promises “amazing” results. A similar air of mystery also surrounds the return of Spicks & Specks eighteen months since the series took its last bow. There’s no word on whether or not Adam Hills (who is also receiving another season of his talk show, Adam Hills Tonight), Myf Warhurst and Alan Brough will return as host and captains. The chairs, as you can see in the program, are still empty. 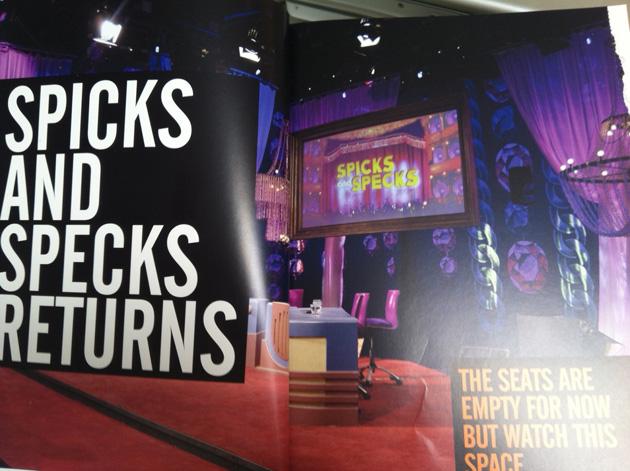 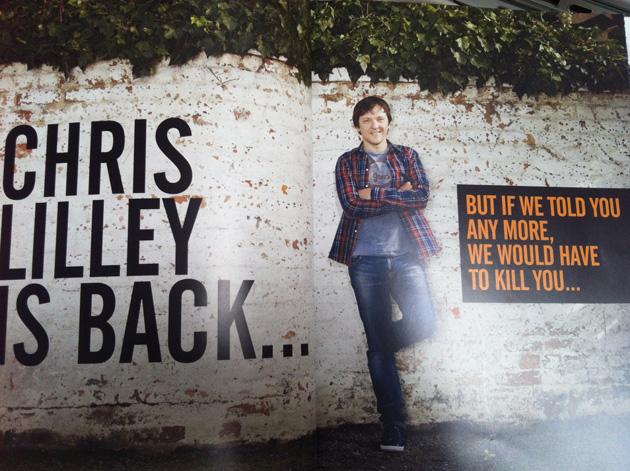 Director of Television at Aunty’s, Kim Dalton, said that the station’s “mission in 2013 is to deliver bold and highly-recognised content” with a “drama slate [that is] stronger than ever before.” Strong drama on said slate includes:

There’s a vintage Singaporean crime drama starring Don Hany and Joan Chen under works called Serangoon Road, a telemovie based on the life of Kings Cross transgender pioneer Carlotta, and an Indigenous drama in the same vein as Redfern Now, The Gods of Wheat Street.

Promising to deliver the LOLs is It’s A Date, a narrative comedy series written by Peter Helliar and some of Australia’s leading comedy writers. It also stars Kate Ritchie and Shane Jacobsen. Don’t tell the brides (Ten and Nine). Replacing Randling is the archival comedy series Tractor Monkeys, hosted by Merrick Watts. There’s also some more Agony advice in The Agony Guide To Life, and a Chaser produced consumer affairs show The Check Out, hosted by Craig Reucassel and Julian Morrow.

On the network’s digital offering, elfin man-child Josh Thomas is getting his own ABC2 show with Please Like Me, a six-part coming of age dramedy; it sounds a tiny bit like Girls, but for elfin man-children. It’s based on his stand-up tour of the same name, which you can catch a glimpse of below. It’ll pair off well as a companion piece to a second season of Twentysomething and whatever Joe Hildebrand is hatching.

Finally, Praise the Pomeranz because At The Movies is returning, as is everything Gruen and Shaun Micallef: Mad As Hell. Amazing! 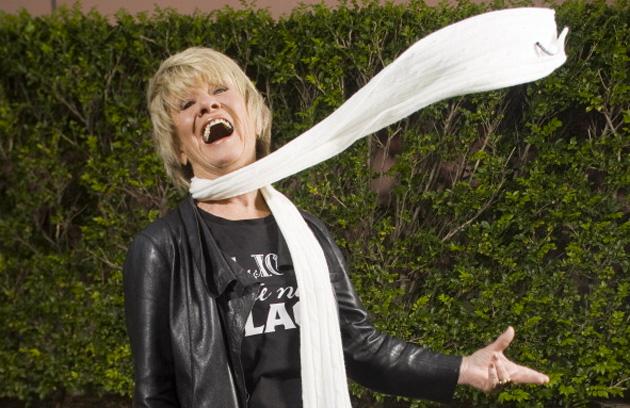 Photo by John Donegan via Getty