In the midst of his ongoing family drama, singer Aaron Carter has taken to social media to reveal an enormous face tattoo, that appears to take its inspiration from a Rihanna magazine cover.

Back in 2013, RiRi appeared on the cover of British GQ‘s 25th anniversary issue, styled as the mythical Greek monster Medusa, with snakes slithering around her head. 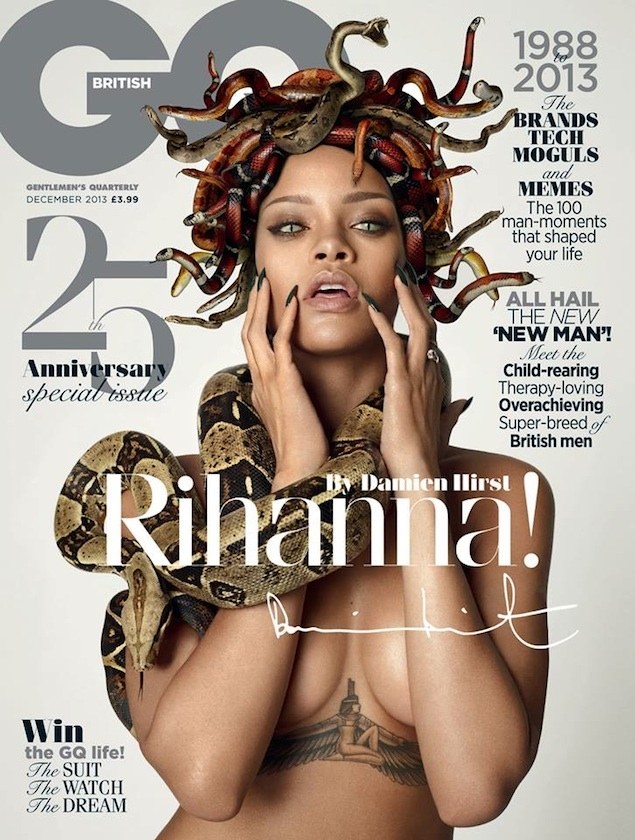 The image appears to have made quite an impression on Carter, who made the decision to immortalise it in ink some six years later.

He showed off the tattoo in a series of selfies earlier today, captioning one “IM THE BIGGEST THING IN MUSIC RIGHT NOW. I CANT BE DENIED. FACT CHECK ME.”

He later shared a video of himself doing donuts on a quad bike, captioning it “living my best life sweetie.”

Earlier this month, Aaron Carter made headlines when his brother Nick and twin sister Angel filed for a restraining order against him, following troubling comments he made about Nick’s family.

“I WILL be showing up to court for my sister, Angel’s case against me. But I will not be going for my brother, Nick. I don’t care if he has a restraining order against me, I will never see or speak to him again or the rest of my family.”