‘1984’ Is Heading To Broadway, As If Reality Ain’t Cutting It Any More

With American President Donald Trump slowly but surely fucking rapidly driving his nation towards quasi-totalitarianism, it’s not exactly a surprise that George Orwell’s Nineteen Eighty-Four is en vogue once more.

The 67-year-old fictitious guide to being crushed by a dystopic government has rocketed back into best-sellers lists, even though we all kind of assumed copies were already doled out to 14-year-olds on a mandatory basis.

Now, the modern classic is being presented as a play, with Winston, Julia, the rat & Co. appearing on Broadway from June this year.

Produced by Sonia Friedman and Scott Rudin – the folks behind Harry Potter and the Cursed Child – the already established adaptation will be hitting stages with a, uh, currently redacted cast. 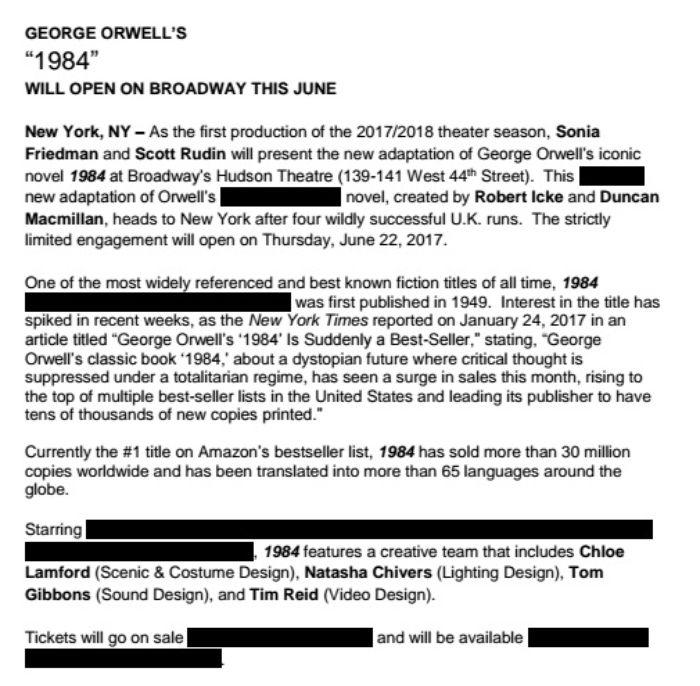 The odds of Vice President Mike Pence rocking up to this one a la Hamilton seem doubleplus ungood, tbh.