PEDESTRIAN.TV has partnered with Maxibon to make sure you never smash one of their ace ice creams alone. They’ve just dropped a new app called Snackr to make this a glorious reality. You can download it HERE.

They’re a deadset legend, ain’t no doubt about it.

So, gents, make sure you’re giving them the attention they deserve – and what better way is there to do that than pissing yourself all weekend by watching these 11 bromantic flicks together? 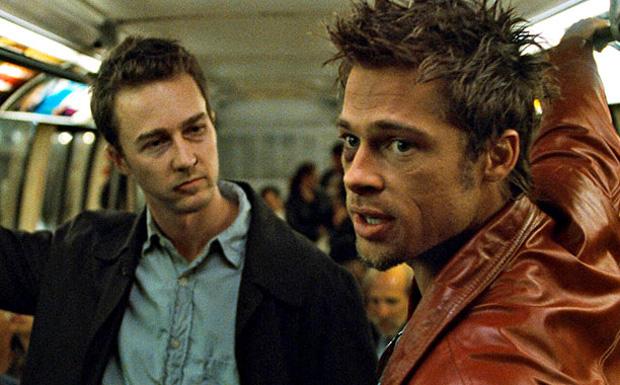 Fight Club’s a must-see generally, but even more so as a bromantic bonding experience. If you’re yet to see it, the flick’s about an office worker looking for something a lil’ more interesting in his life who crosses paths with a soap maker. Together they create their own, rather hectic, means of therapy – an underground fight club. 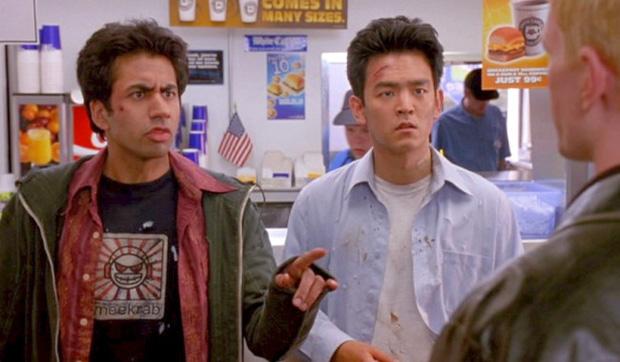 Two dudes, Harold and Kumar, have a hankering for White Castle’s tasty AF burgers one Friday night. As you’d imagine, shit goes haywire during their journey and you get to piss yourself over their struggles. 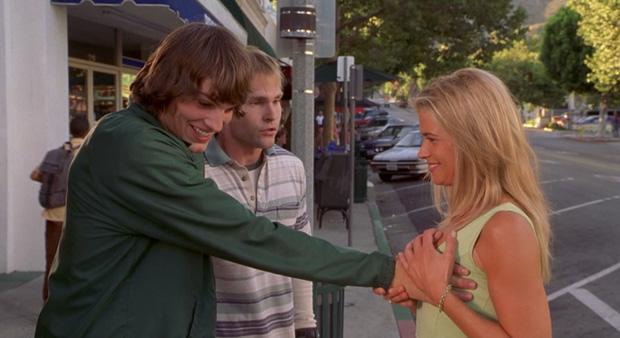 Look, if you’re chasing genuinely intelligent humour, then Dude, Where’s My Car? ain’t the flick for you. The premise is simple: two loveable stoners wake up one morning not knowing where their car is. Somehow that spirals into a narrative that involves cults and aliens offering everyone oral sex. 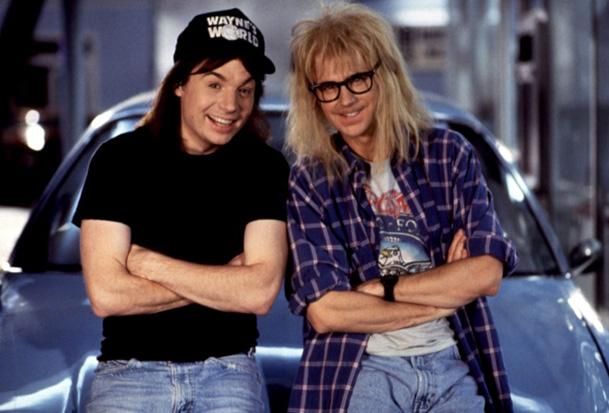 Cop some lols courtesy of Mike Myers before Austin Powers by getting around Wayne’s World (that is, if you belong to the minority of people who haven’t already seen it). Two extremely simple-minded but loveable gents have a crack at drawing more attention to their public-access cable show, which results in some fucking iconic scenes as the movie plays out. 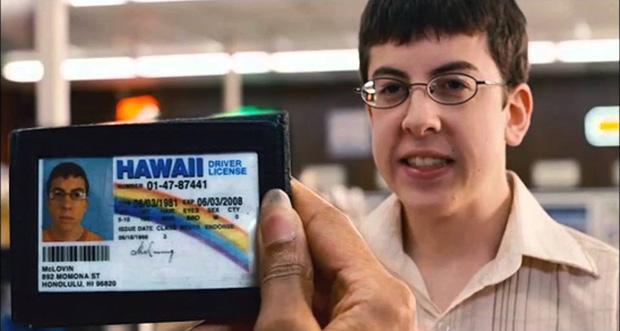 We reckon Superbad‘s success boils down to its context: most of us have thrown a fuck off huge party with our mates before, and most of us have seen that party go to shit. What takes it to the next level is its quotability – if you don’t already, you’ll be spouting off comments from it pretty damn often. 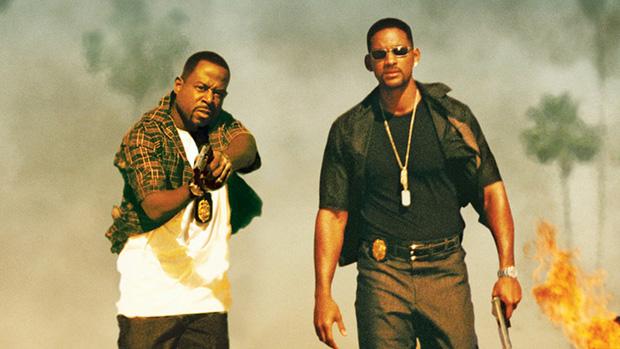 Seeing as most of us hypothetically imagine how epic it’d be to blow shit up, engage in a car chase and make a huge heroin bust with our main man by our side (without ever saying it out loud ’n whatnot), it’s no small wonder why Bad Boys had / has such a huge appeal. 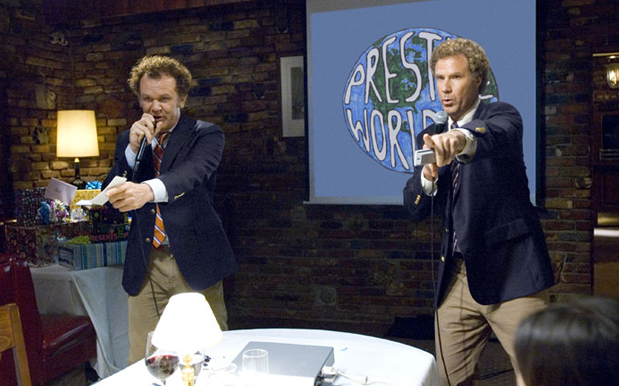 Surely there’s no way you haven’t seen Step Brothers, right? If you have, it’s always a sure-fire laugh. If not, get around it ASAP.

21 Jump Street’s producers nailed the remake of this classic, and most of that has to do with the casting of Channing Tatum and Jonah Hill. Two dudes way too old to be in high school go back to bust a drug ring with well-executed / disastrous results. 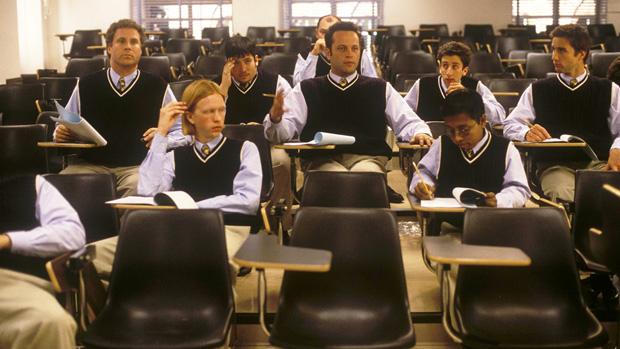 While being fucking funny as, Old School’s kinda scary in the way it depicts one of the several avenues (this one being starting up a fraternity) all of us might take to desperately cling on to our youth. 110% worth a watch. 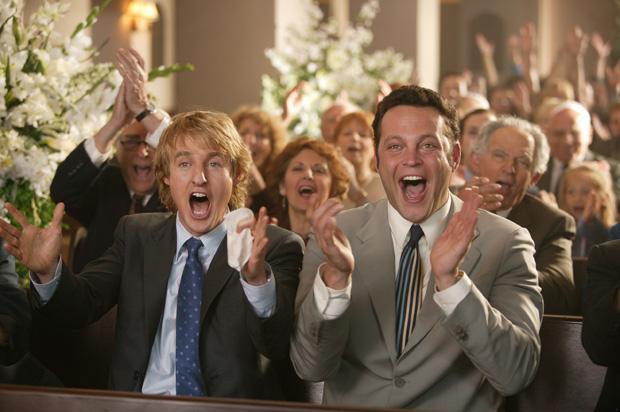 Two committed players go around town cashing in on the romance-is-in-the-air ambience of weddings so they can land a root. Then, of course, one of them falls in love and their bromance is subsequently put to the test.

11. ANCHORMAN: THE LEGEND OF RON BURGUNDY 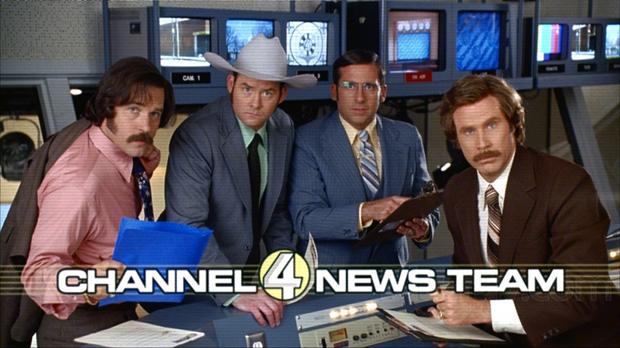 Sorry, but if you haven’t seen Anchorman / quote it daily, then you really need to take a long, hard look at your existence.

There’s plenty of options out there to facilitate a bromantic weekend in with your main man to show them how much they’re appreciated for having your back 24/7. If you’re watching movies all day / night, however, then you’re going to need to stockpile on supplies.

You can take it to the next level by introducing a few Maxibons into the situation – seeing as you should never smash a Bon solo, they’re perfect for Maxibonding moments like yours this weekend. Get around Maxibon’s two-for-one deals via their new app Snackr (it’s like a dating app for your guts) by heading HERE.