PEDESTRIAN.TV has partnered with Samsung to inspire your creativity.

For graphic designer and digital artist Ruby Innes, her work often starts with a joke.

“If the joke works on its own, I’ll tweet it,” she says. “If it’s something that could only really be conveyed through a comic or a picture, I’ll start drawing.”

Her favourite example is a comic she drew called ‘The Mayor’s Wife’: see below, for an insight into her brain.

“It basically came from a meme of sorts where you’d ask someone with a hot wife ‘Is your wife single?’,” she says. “I thought it would be funny if someone phrased it as an interview question from a journalist, so that’s where this idea came from. I also think it’s funny when people wear matching hats and shirts that say something stupid on them.”

There’s a real sense of giddiness and silliness to Ruby’s drawings, whether on her Insta account @comicsbyruby, created to sit alongside her Kotaku stories, or part of the site’s weekly ScribbleTaku segment, where she draws a picture referencing a video game and people guess what it is.

We asked Ruby about her practice, why it’s important to not shy away from making “horrendously stupid” art, and how the only guiding principle of any practice should be “create because it feels good”.

PTV: How would you describe your style?

Ruby: My style is very minimalist, silly, and goofy. I usually go for a more simplistic comic style, making sure to put as much effort into how it looks as I do into what it says. And usually, it’s saying something horrendously stupid in the best way. 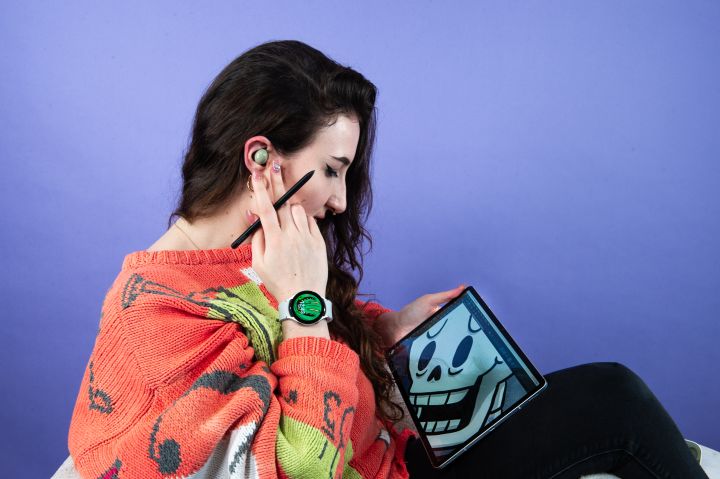 Where do you draw inspiration from?

My inspiration comes from webcomics artists such as Three Word Phrase, KC Green, and Alec Robbins, and cartoons such as Adventure Time, Smiling Friends, and SpongeBob.

I think old-school SpongeBob played a huge part in my tendency to go from really simple faces in one panel to uncomfortably detailed faces in the next one.

What initially inspired you to pursue a creative medium?

I’ve been drawing my whole life, ever since I was a little kid. Over the years, I dabbled in using graphics tablets and stuff to draw digital art.

However, when I got a new phone that had a pen —  the Samsung Galaxy Note20 — in early 2021, that made me finally start drawing webcomics. It was something that I had been thinking about but didn’t do for ages because it wasn’t really convenient. Once I was able to create on my phone — something that I have [on me] all the time — it made me want to really pursue it.

Then, when I started at Kotaku Australia, a situation arose where I thought one of my drawings could convey the comedy of an article about something silly, so I asked my editor if I could draw the main image. Ever since then, I’ve been using my drawings to play little and big roles in my writing.

What are the essential tools you use to help your work come to life?

I’ve been doing my drawings using my Samsung Galaxy Note20 with the built-in S Pen. I use an app called Sketch because it’s the most simple tool I’ve found so far.

What are some of the biggest challenges that come with creating?

Burnout, for sure. When I started doing my comics, I had so many ideas that I was drawing and posting about three comics a day. I kept this streak going until I started to run out of ideas.

Eventually, I burnt myself out and didn’t have time for the comics, so I do them very rarely now, but I’m glad I get to do my art as part of my job because it gives me that outlet that I missed so much. 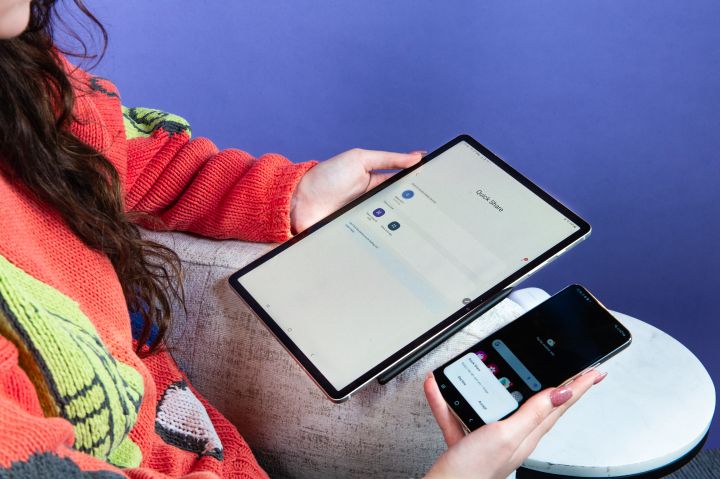 What advice would you give to anyone wanting to start creating visual art?

The most important thing is creating because you love creating, not because you want to be better than anyone else. And don’t do it for anyone else, and don’t kick yourself if you’re not creating all of the time. Give yourself a break. Go at your own pace, and screw anyone who expects you to be at 100% all the time.

To read up on other artists and their stories, head on over to our Going Beyond hub.

Feeling inspired? Check out the vast range of devices in the Samsung Ecosystem for all your creative needs — so you can be you, your way.