As the great Taco Bell Australian expansion rapidly gathers steam, preparations are well underway for the US bean and cheese conglomerate to arrive in Melbourne for the very first time. And while company officials are keeping almost every major detail bar “coming soon” under a tighter wrap than their ubiquitous Crunch, details have begun leaking out about the exact whereabouts of the brand new Tortilla Bazaars, thanks to both eagle-eyed punters and, would you believe, Google Maps.

We’ve known for a little while now that the pair of stores, set to open in Melbourne before the end of the year, were targeting South Yarra and Hawthorn for their grand reveals. But beyond that – including where in said reasonably fancy suburbs – it remained a pure and true mystery.

In South Yarra, the site at 352 Chapel St is currently emblazoned in Taco Bell imagery, promising the opening of a restaurant in “Summer 2019.”

That puts it right in the heart of the Chapel St business precinct, near the intersection of Malvern Rd and within very convenient spitting distance of entirely decent watering holes like Yellow Bird Cafe or Leonard’s House of Love.

Interestingly enough, the location is already marked as Taco Bell South Yarra on Google Maps, which leaves little doubt as to what’s to come at some point over the next month or so. 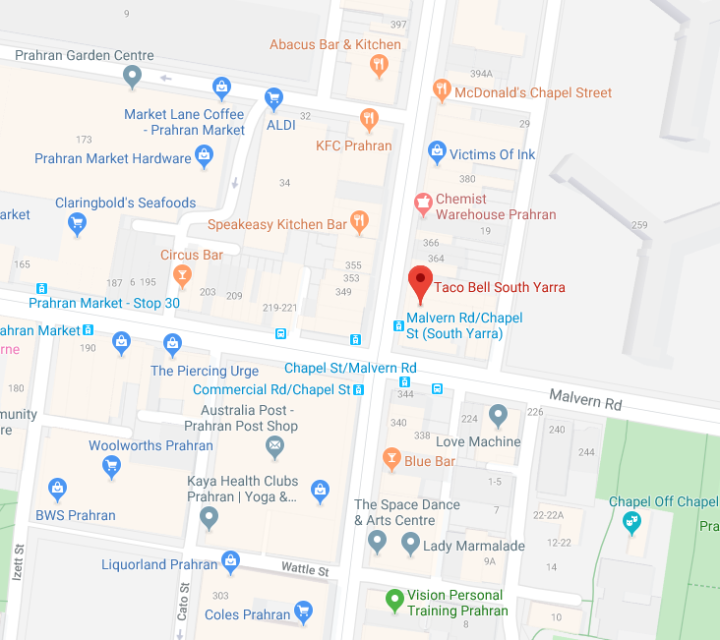 A Google listing is what lead us to the location of the second planned Melbourne location as well, with Taco Bell Hawthorn returning a site marked at 652 Glenferrie Rd, right next to Glenferrie station and within literal spitting distance of the main Swinburne University campus. 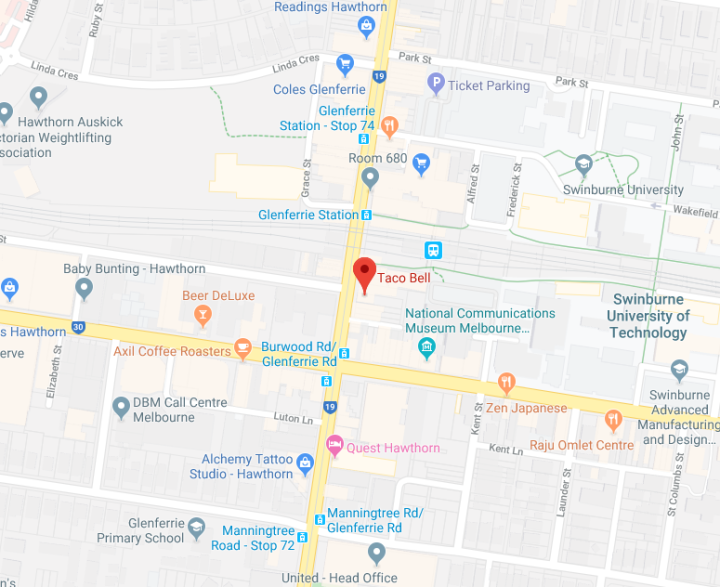 That said, we still don’t know exactly when either location will be flinging their doors open – allegedly, both will be open for business well before New Year’s festivities kick off.

But still, if you’re absolutely frothing to get your laughing gear around a spicy Lava Burst taco or a whatever the hell a Gordita Crunch is, those are the spots you should be setting up camp at.