PEDESTRIAN.TV has partnered with Subway for the ultimate parmi feed.

No dish has the ability to spark a more impassioned response nation-wide than the humble Parmi. It’s the most deeply sentimental of all the standard pub offerings, and truly speaks volumes about where our priorities lie as a country.

Its cascading sauce combo warms the cockles of your soul just that tad more than your run-of-the-mill shnitty. The powerful way the chicken manages to remain so darn juicy underneath a blanket of sauce and cheese allows for a more textural flavour-journey than a steak and three veg ordeal. Icon is an understatement, show some respect.

We may as well instate a legislative assembly around maintaining and settling the rules around the dish. Do you absolutely include ham? Is eggplant essential? Do we ban those who opt for a BBQ sauce sub-in from ever stepping foot in all national pubs for the rest of eternity? Spelling and pronunciation? Let’s not even go there…

Now, the bold, society-serving humans at Subway have gone the extra length to satisfy your cravings and wildest imagination, launching their very first Parmi Range. Please, for the love of parmi, wipe the drool from your keyboard right now.

They’ve just added three parmi variants (Chicken Parmi, Chicken & Ham Parmi, Chicken & Pepperoni Parmi) to their ever-growing menu of timeless lunch treats, so we suggest either running to your nearest store or hitting that Uber Eats order real quick before staring down the barrel of another sad tuna salad for lunch today. 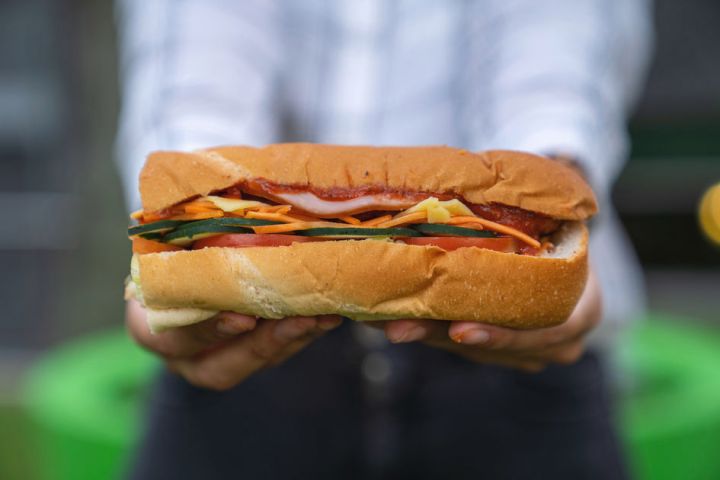 The Parmi sanga will be available in both six-inch and footlong sub masterpieces to satisfy every level of hunger.

Alongside a coupla’ slices of succulent chicken layered with supple mozzarella and marinara sauce, Subway have also opted to include the traditionally ignored side salad into the roll.

We know that a few pieces of limp lettuce on the side often pale in comparison to the glory of the perfectly golden chicken-salt clad chip, however, we reckon that touch of freshness has the potential to take the sub to the next level.

To really get your meat sweats generating, the sandwich dons an optional layer of leg-ham or spicy pepperoni to add to the torpedo for extra taste-bud arousal.

Considering the meatball sub is already an essential element of the Subway lexicon, it makes perfect sense for the Parmi to have made its way into the hands of the longstanding fast-food legends.