Ranking April Fool’s Pitches We Received From ‘Yeah Cool’ To ‘Which Sick Fuck Thought Of This?’

Ahh, April Fool’s Day. The only day in the year that encourages everyone to lie through their teeth while giggling from afar. The day that is actually half of a day because of some stupid made-up rule that means it ends at 12pm. Who even made up that rule anyway? I say we abolish it. April Fool’s Day should get a whole 24 hours of unhinged fuckerama.

Anyone who works in media, however, has a special kind of relationship with April Fool’s Day thanks to all the prank pitches hitting our inboxes, tangled in with very legitimate announcements.

Which ones are real, pressing news alerts and which ones are jokes? Who knows! It’s our job to weed out the fake ones so we don’t report on them like gullible fools. Egg? On our faces? Not on my watch.

This year we received an absolutely ridiculous amount of April Fool’s pitches, many of them ASKING to be included in a round-up of batshittery. My friends, you do not get to just get on these lists by requesting it. You need to earn your spot on the round-up.

As always we’ve decided to gather up all the craziness into one place, ranking the pitches from “hey, this is a good idea, you should actually do this,” to “if you email me one more time Krispy Kreme I’m going to waterboard myself with original glaze.”

Let’s get into it! 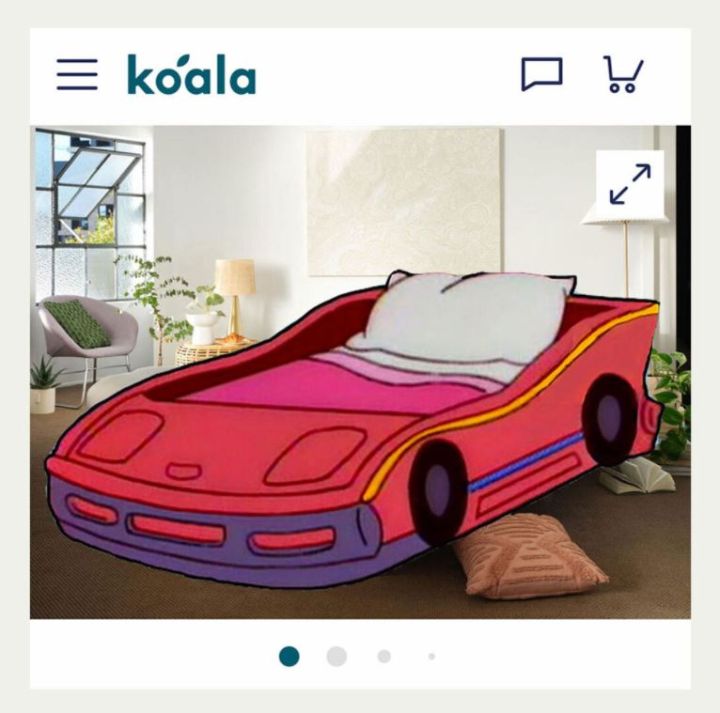 Babe, you can do so much better than this. If you’re going to title an email “Zzzzzzzoom zzzzzzzoom” I expect some excitement. Some gaiety. A bit more kachow.

First off, a car bed sounds fkn sick. You should actually just do one already. Representation for heterosexuals in products is important! It promotes… uh… “economic growth” as famous hetero Scott Morrison would say.

Secondly, who drew this car bed. Give them a raise immediately, I’m crying.

Okay don’t arrest me but I think this idea has legs. It’s basically salted chocolate with a few extra steps. I reckon it’d taste DELISH.

This pitch gets extra points for the press release saying “available exclusively in your wildest imagination.” Because that’s exactly where it is. They know their audience that’s for sure.

Arnott’s if you’re reading this, make this product. I can only have so many wet dreams about it. 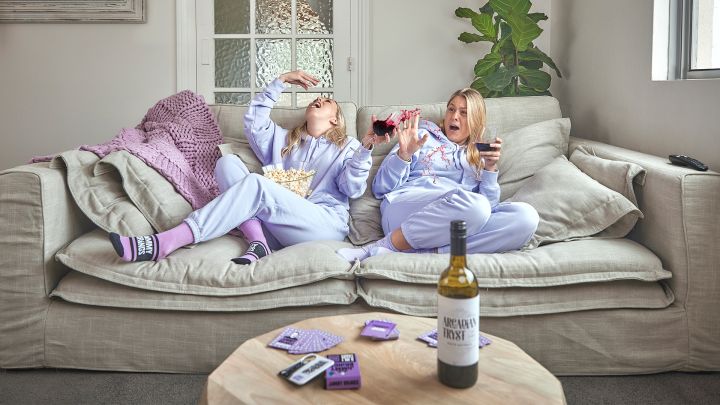 Which intern at Jimmy Brings decided this idea should be made into just an April Fool’s Pitch? This shit is genius!!

I can already see the four Shark Tank girlbosses and manspreaders salivating over this.

Mommy needs her medicine, so let her have it without fear of dampening her white satin chemise! 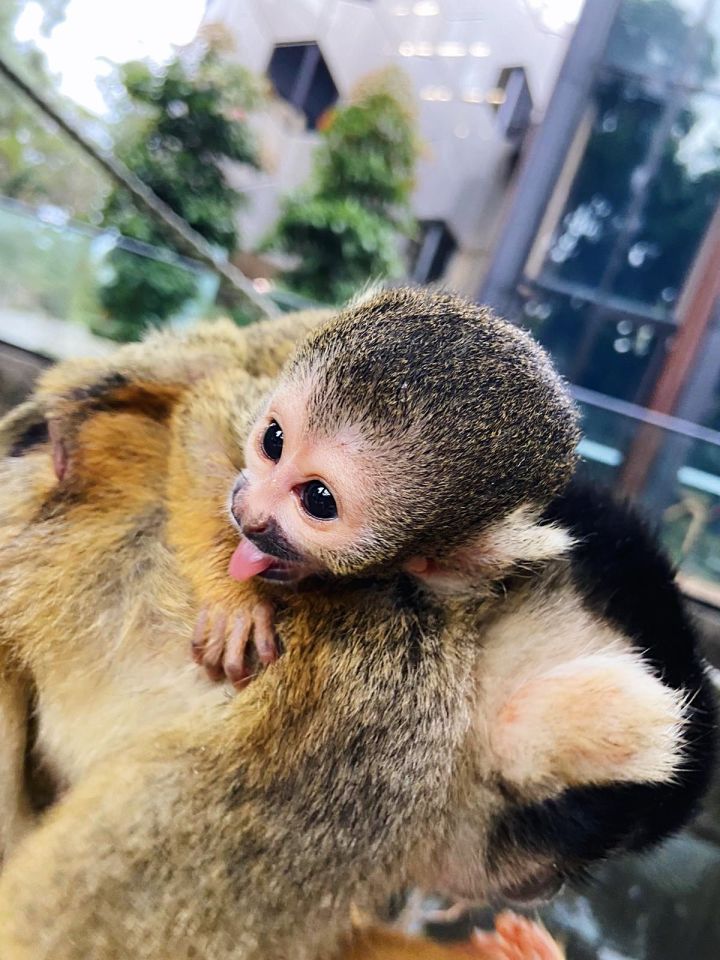 I spent an ungodly amount of time reading this email to figure out if it was real or not. Something about an email titled “six Bolivian squirrel monkeys” on April Fool’s Day really makes you question reality, y’know.

To make matters worse, Taronga Zoo specified that the monkeys only come out at 12pm to be fed. The exact time that April Fool’s Day ends. What the fuck.

In the end, I believe that Taronga actually DID welcome these babies today but… could the email not have waited until tomorrow friends? I’m already on edge as it is. 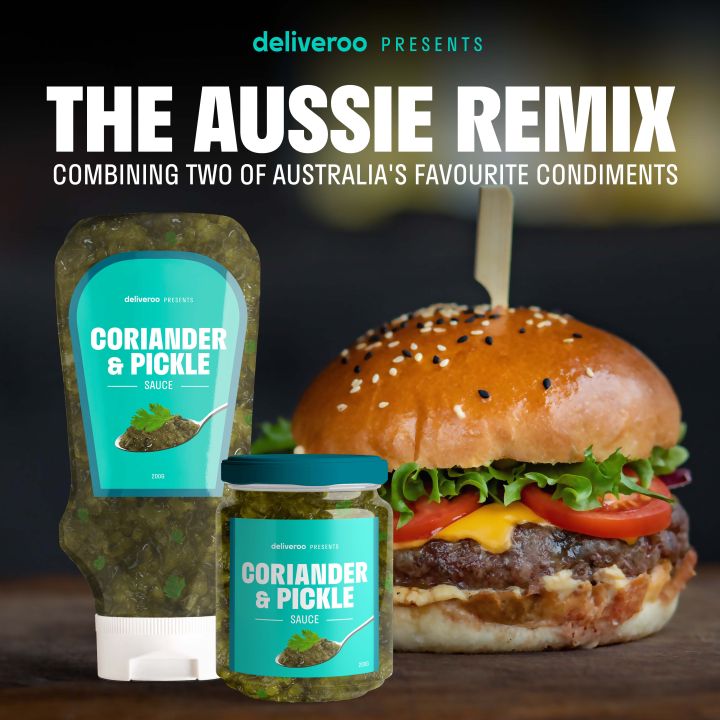 I’m just gonna go out and say it, this isn’t that bad. Deliveroo should just be doing this. Coriander and pickle sauce sounds glorious.

Give me the option to add this on every single burger I order with you and you’d never see me order through anyone else. I promise. I will lay down my life for the pickle.

But then again I’m gay so me saying that probably comes as no surprise. 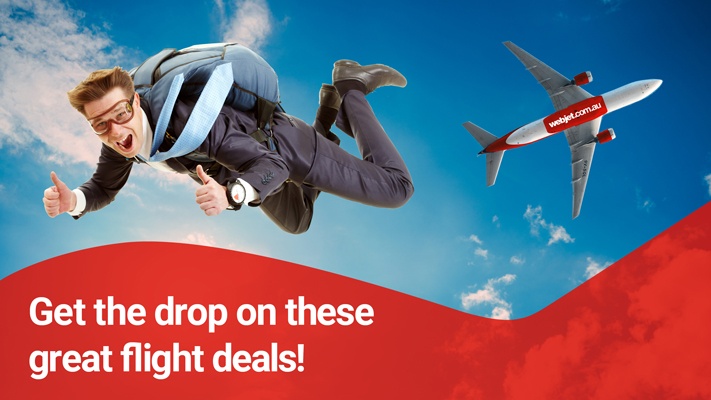 Let it be known that Webjet NZ’s skydiving seats had a secure place on this list but it did eventually ask to be included. A moment of shameful silence for it not having faith in its own batshit ideas.

Me and my smooth brain genuinely thought this idea was real when I first read it. A flight that takes you to New Zealand and allows a select few in the skydiver seats to jump out? Sounds pretty sick I must say.

I’d be the one in the back ruining everyone’s lovely flight by screaming “I don’t wanna jump, I’m too pretty to die”. On second thought this idea is awful and I hate it. My fear of heights just kicked in. 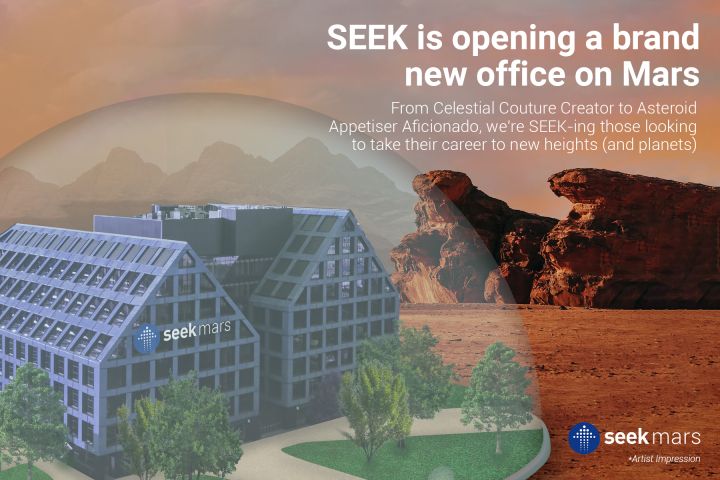 If an idea could win the award for “Best April Fool’s Day Pitch” it’d be this one. It’s so fkn funny to me.

Look at how clean that image looks. It changed its logo AND put it on the building. Also, the text cracks me up. “SEEK-ing those looking to take their career to new heights and planets???” Genius work. 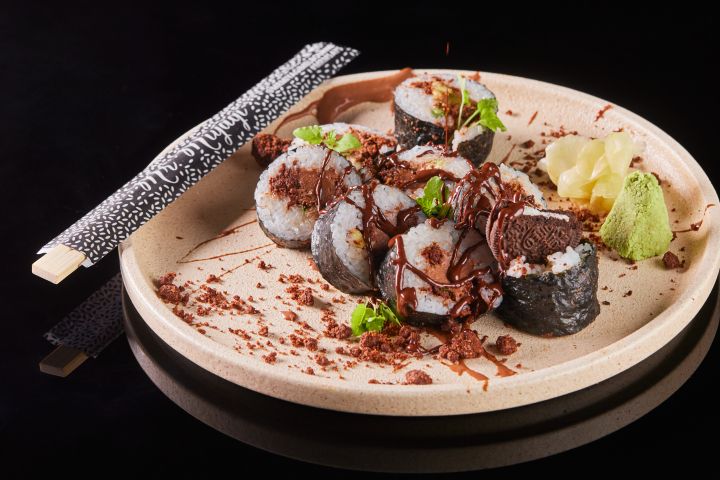 We’re getting into some real fucked up areas here.

Melbourne restaurant Mr. Miyagi pitched us this new dish it calls the “Happy-Mess”, because it looks like a mess and will probably destroy all happiness left inside you if you eat it.

Me, personally? Would love to try one of these naughty little chocco sushis. The idea of salmon covered in chocolate with a hint of wasabi intrigues my pallette. Honestly, I’ll put anything in my mouth once.

But then again I’m gay so me saying that probably comes as no surprise. 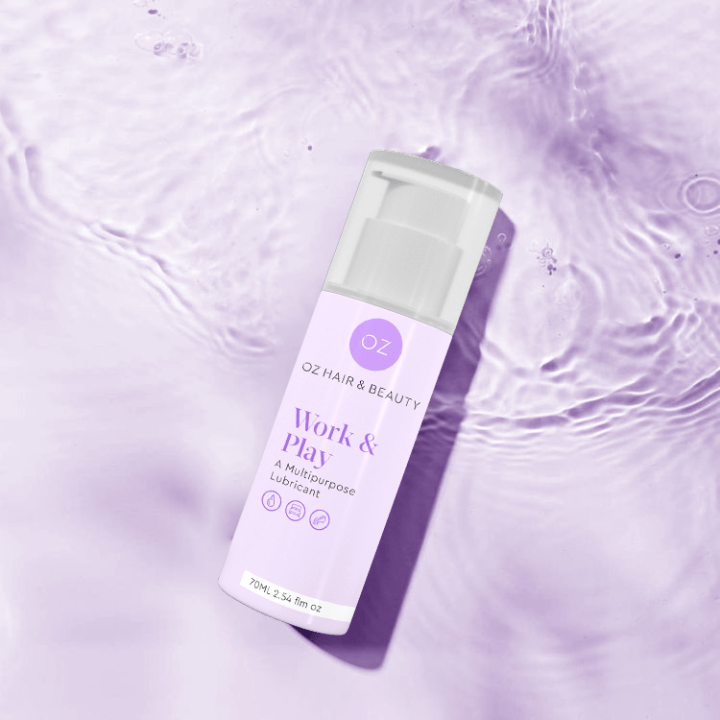 Now you can work AND play!

Sorry, I just vommed a bit in my mouth. Which sick freak thought this was a good idea, even as a joke?

You folks are sick for this one. SICK. 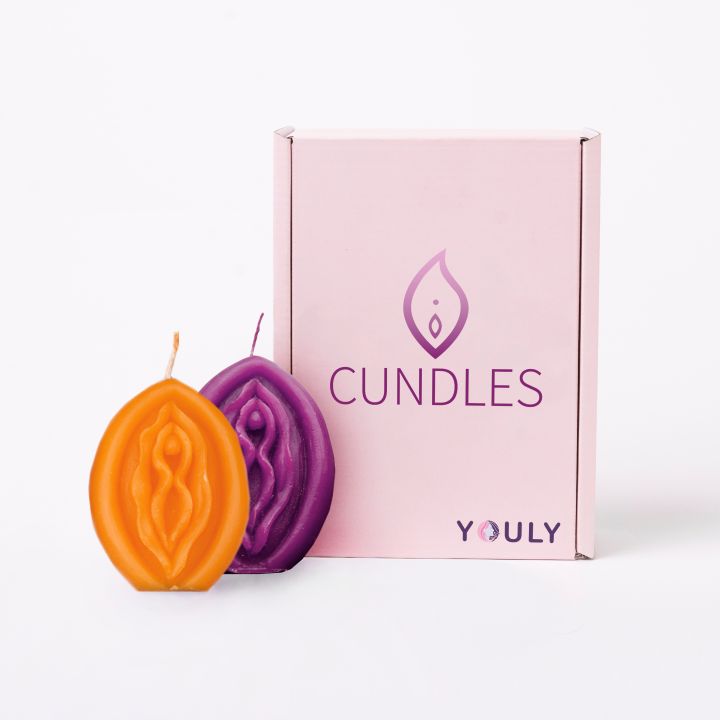 Looking straight out of the set of Byron Baes come the Cooch Cundles from Youly.

A product that lets you, yes YOU, turn a mould of your pusswatcha into a scented candle.

The name is inspired, the design pics are hilarious and everyone at Youly is going to hell for making me see this.

READ MORE
Not An April Fool's Joke: Gina Rinehart Has Decided To Publish A Book Full Of Boomer Memes 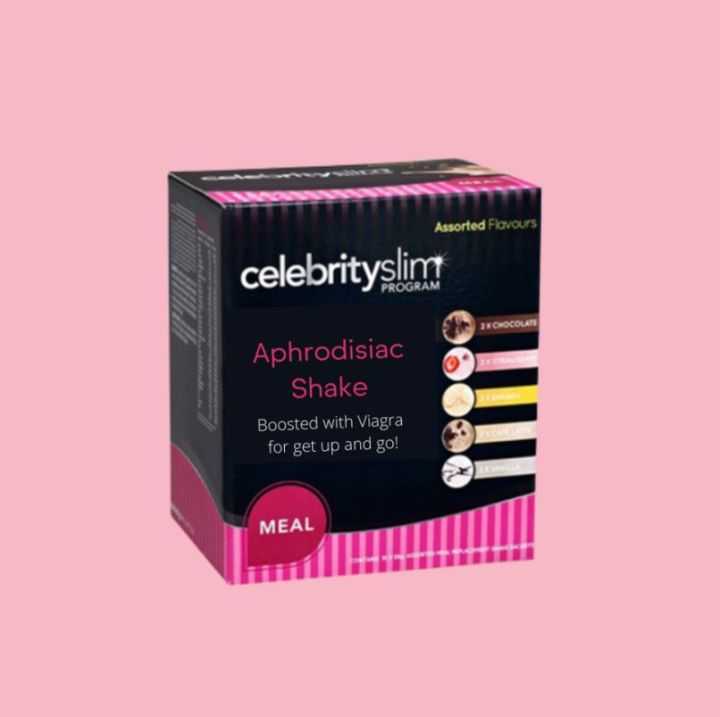 Please oh great lord above let this be fake. Please, please let it be fake!

Reading the full name of this product to a small Victorian child would see them disintegrate in an instant, I’ll tell you what.

“I don’t need to lose weight, so because of my busy lifestyle I normally use Celebrity Slim as a meal replacement when I am on the road and running around,” said Jessika Power in the press release.

“The new Celebrity Slim shake has really upped the ante for me though. I love it!”

There is no WAY this is real. No way. If it is I’m suing Power’s team for… something. I’m still working out the kinks of this law thing. 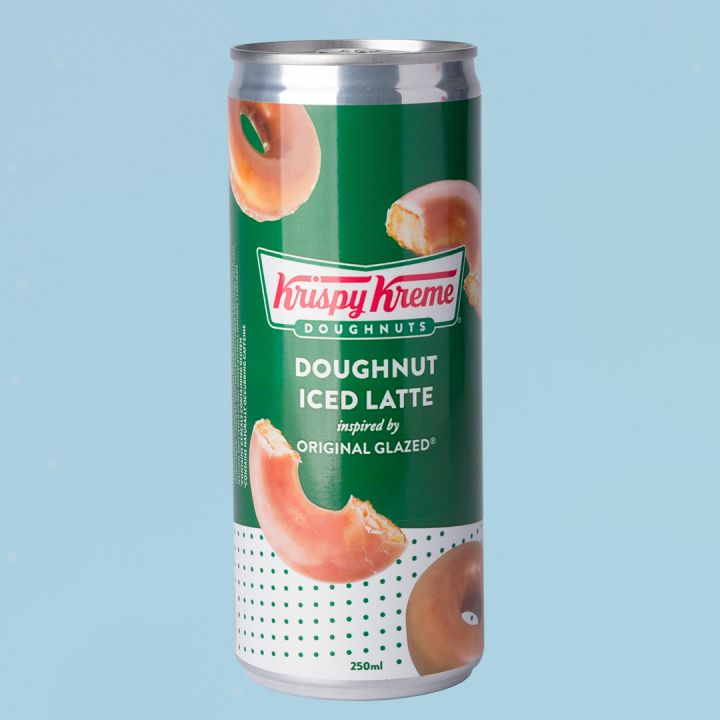 This year, Krispy Kreme is our Gretchen Wieners. It gets NOTHING.

It emailed everyone and their nonna so many times I felt like the Dursleys being flooded with fkn letters.

Krispy Kreme if you would like to remedy the sin you have committed, you can send a box of 12 original glazed my way please and thank you. Shame corner for you until next year.