If there’s one thing we enjoy more than eating Aussie snacks, it’s seeing people from around the world be baffled/intrigued/delighted by our beloved Tim Tams/Shapes/Roll-Ups.

Normally the genre is dominated by Americans getting sent a box of junk food from here and then mispronouncing “Arnott’s” and complaining about Clinkers or whatever.

However this time, Pakistani YouTube Reactistan is getting tribal people from rural areas to try food from around the world.

This isn’t the same as sending over a care package of Tim Tams to your mate in Karachi – Adnan, if you’re reading this, hi!

Think of it more like Teens React, except way less cringeworthy. The Fine Bros., if you’re reading this, sue me. I dare you.

In general, Aussie snacks got a roughly unanimous thumbs-up for flavour and a huge thumbs-down for excessive packaging.

Anyway, the video is above, or scroll on down below for a breakdown of what was popular and what flopped among the critics. 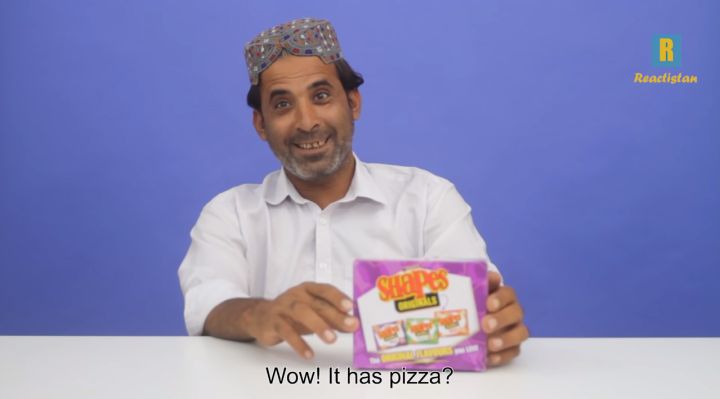 Nobody can hate pizza Shapes, and that’s the verdict in Pakistan, too, apparently.

Although that said, and as delicious as they are, Rehmat reckons they’re more for kids. That’s technically true but it’s not like that stops us from scoffing them over here as adults.

Mustafa was also adamant that they’re pretty unhealthy. The man’s not wrong, but at least they still taste great.

READ MORE
Somebody Tried To Make The Chicken Crimpymas Tree At Home & Oh God, I Really Wish They Didn't 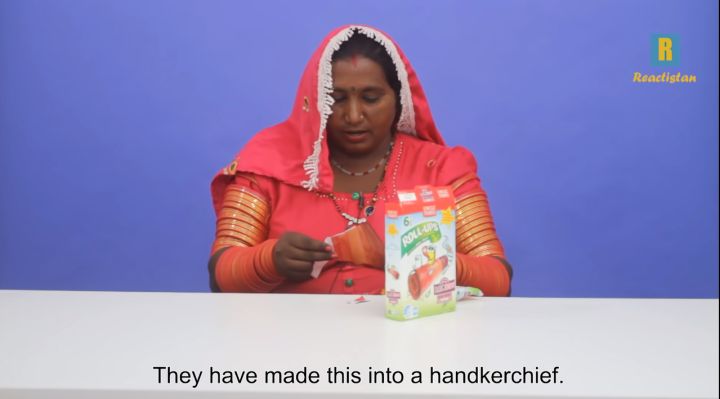 Roll-Ups are weird, and so everyone in the video was a bit confused as to why we would want to eat them.

Everyone was a bit put off by a) the plastic film that you have to peel off and b) the fact they’re so sticky and chewy and probably bad for your teeth.

Flavour-wise, Naseeba reckoned they taste like chocolate, while Rehmat pointed out that the box has a picture of an apple when in fact the Roll-Up she had tastes like Guava.

Manzoor said they even look like meat, which I wish he hadn’t said because now I can’t get the association out of my head.

READ MORE
Just Gonna Say It: Eating Kiwi Fruit With The Skin On Is The Only Way 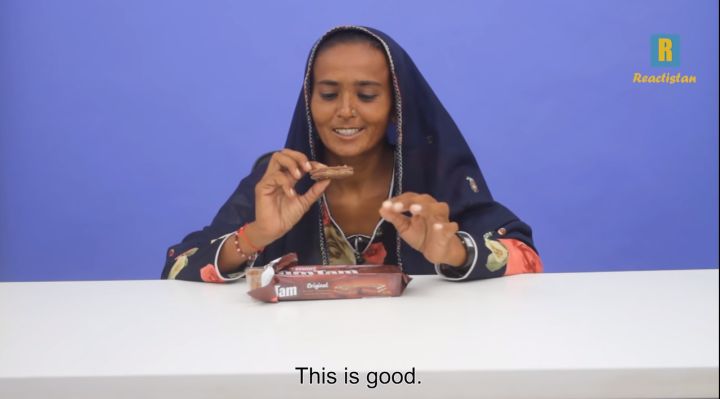 Thankfully, the Aussie couple who provided the snacks made sure to send over the original Tim Tams, rather than those decent but unrepresentative flavours that crop up in the bikkie aisle.

Everyone loved them, no debate.

Interestingly enough, most of the people in the video weren’t used to eating biscuits at all in their everyday life, so eating chocolate-covered ones was something different altogether. Yum.

READ MORE
I Taste-Tested Penguins, The UK’s Answer To Tim Tams, And I Feel So Bad For Aussie Expats 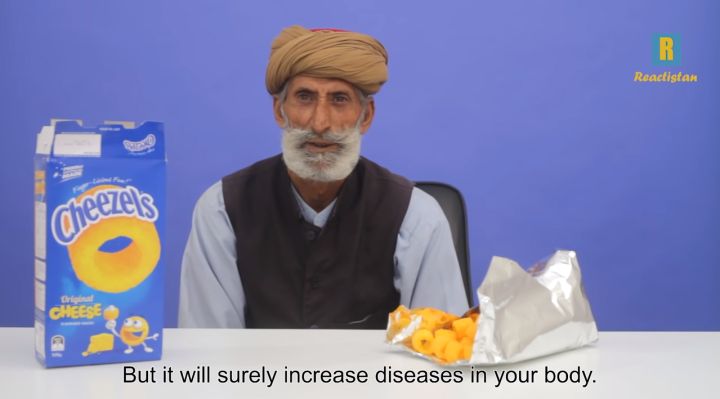 Everyone was shocked at how intense the packaging is when chips are so cheap in Pakistan. Fair! Aussie packaging is definitely wasteful, so feel free to drag us.

Right off the bat, Manzoor did what every Aussie has done when they first ate Cheezels: he wore them as rings.

Meanwhile, Mehboob said they tasted gross but he literally couldn’t stop eating them, either. Which is it Mehboob?!

Mustafa once again reckons they’re unhealthy and that kids should be eating dates and roasted chickpeas instead. As someone who rarely east Cheezels, I wouldn’t mind that swap, tbh.