No, I wasn't stoned when I made this. Happy Friday!

Do you ever just see something on a menu and think, “hwat?” ‘Cos that was my reaction when I saw “mi goreng toastie” on a menu once… for twelve dollars. I mean, I was heaps curious about it but I sure as shit wasn’t going to pay 12 bucks for mi goreng and toast. C’mon now. But a little while ago, Kmart sent over one of those sausage roll makers that people have been using to make anything but sausage rolls. Like bootleg Macca’s apple pies, Mars Bars-stuffed pastries – Matt Preston just made bloody mac ‘n cheese fingers. Would eat. So since I have the sausage roll maker, I thought I’d give the ol’ mi goreng toastie a go. What could go wrong!

SPOILER: it’s been an hour and I think I’m about to throw up.

Things you will need

Make the mi goreng, butter the bread, and you’re good to go. That’s literally all you have to do to prep. Then, place the bread into the sausage roll maker and evenly pile noodle onto either slice.

At this point in the experiment I should’ve realised this was going to end in indigestion. But at the time, I genuinely thought it was going to be good. I like bread, I like mi goreng. Seemed like a winner. 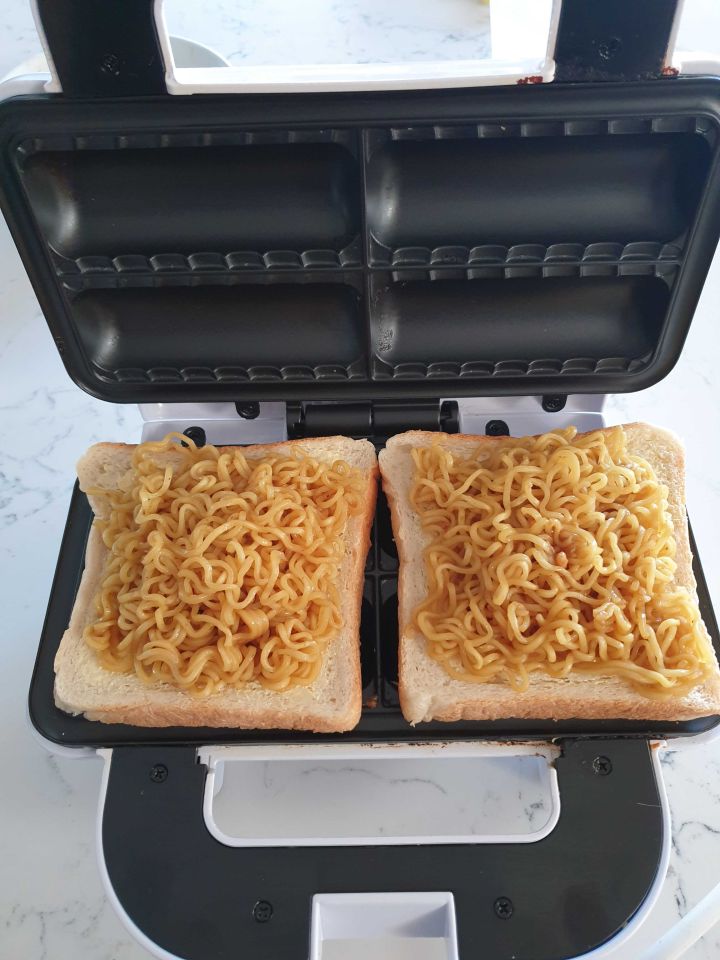 Getting this thing closed with a mi goreng sandwich in it was hard. I think I put too much noodle in it, but ah well. Once closed, I flipped the switch and set the timer for five minutes. Truth be told, this is nowhere near enough time. I ended up just eyeballing it – did I cook it for 10 minutes, 12 minutes? Who knows! Whatever “golden brown” is in minutes. 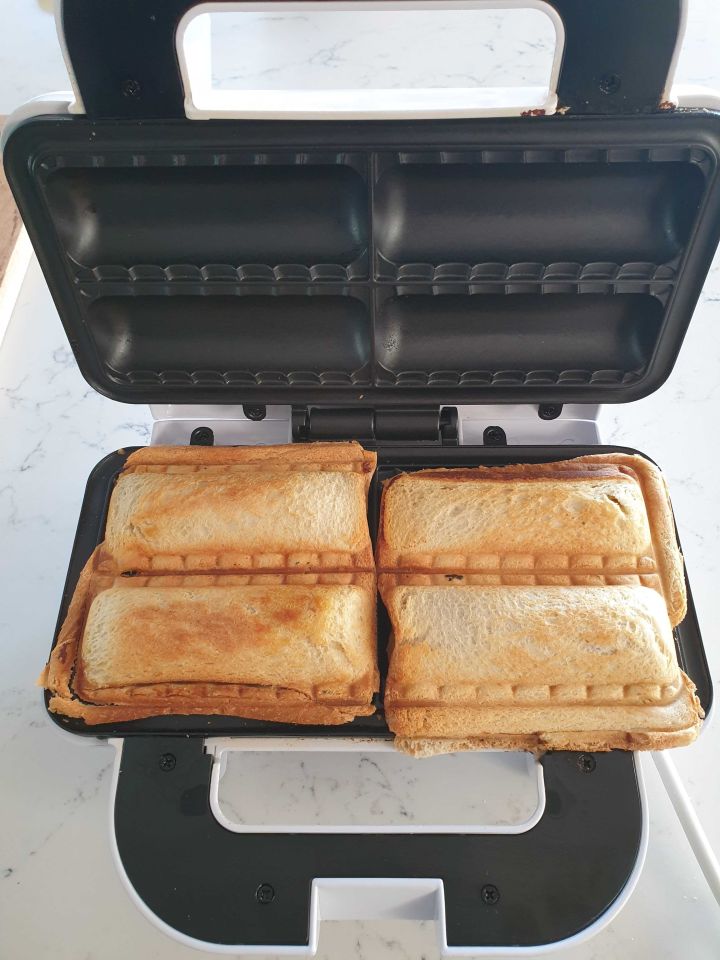 It just – it tasted like stale mi goreng and oily toasted bread. So I doused the noodles in sweet soy sauce, which helped the taste a lot. It helped so much I demolished two without thinking of the consequences. It was so oily, guys.

Mi goreng toasties are the type of food you can only have a couple of bites of before all you can taste is regret. I am filled with regret. 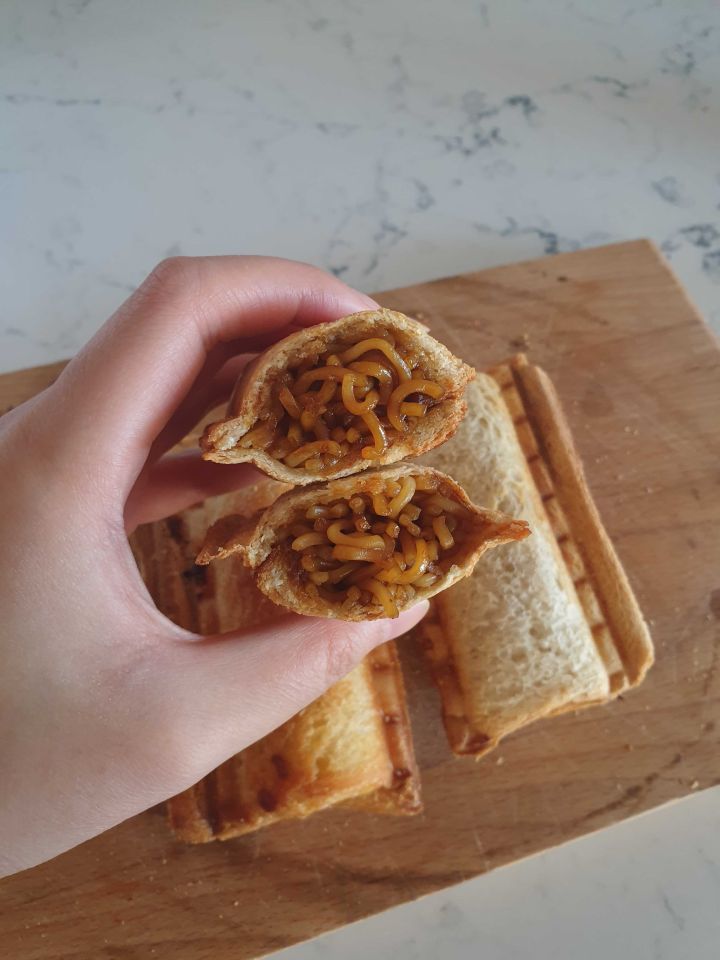 Anyway, my highlight of this experience is when I told my mum what I was doing and she replied, “Is this a white people food?” And then I told her about the joint that charged 12 bucks for a fancy version (with a fried egg). And then she said something in Indonesian I, uh, will not translate. All in all, fair effort – curiosity quashed. Will never make this again unless high and / or tipsy at 2am.

(My stomach just made a Not Good noise.)