There’s A Non-Alcoholic Bar Opening In Melbourne, So Cheers Goodbye To The Old Tactical Vom

Non-drinkers rejoice, Australia is getting its very first non-alcoholic bar – and it’s coming to Melbourne.

Febfast and Dry July participants, your quests to avoid alcohol have just become a whole lot easier. Now you can still go to a bar with friends and have a great time, drinking included, without having to worry about the consumption of alcohol.

Brunswick Aces Bar, which will be opening its doors in late April this year, will become the very first non-alcoholic bar in the country, and to that I say, cheers mates. It will be located on Weston Street in Brunswick East, with plans to eventually bring to bar to other capitals.

Look, Melburnians, you deserve to be first. Take this win.

The bar will serve zero alcohol beers, wines and spirits, as well as serving up some of the Brunswick Aces Distillery’s signature 0% alcohol gin alternative. To me, that sounds like a smashing time, without the consequences the next morning. I am a G&T girl until I die.

The best part about this bar is that alcohol drinkers will be given the single option of an alcoholic G&T, which the team behind Brunswick Aces Bar say is a “cheeky nod” to how limited the options for non-drinkers have historically been on menus.

Now that my friends is how you stick it to the system with class. But alas, if you’re going to this bar purely for the alcoholic option, you’re kind of missing the whole point here. 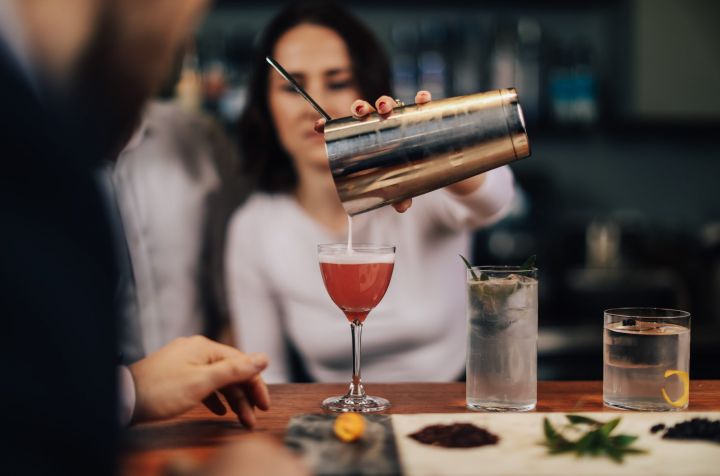 You’re saying I can have all of this, and wake up blissful the next day? Yes, please.

“Everything we serve will be 0% alcohol, with our contemporary cocktail list designed to thrill any palate, and not a fruit juice mocktail in sight.”

I’m absolutely thrilled with the promise that there won’t just be twenty mocktails on the menu. Non-alcohol drinkers deserve class and decorum.

If you need me I’m going to be getting on down to Melbourne, because I need to try this place out when it opens.