In extremely good news for your love of free shit, Macca’s has launched a bunch of new mobile games that are both a) pretty fun to play and b) let you win free Big Macs.

Inspired by its own (behemoth) success with running Monopoly competitions since the dawn of time, McDonald’s is now extending its gameplay options to your phone.

The main game here is Macca’s Run. It’s a patience-testing obstacle course-style game with VISA cash prizes on offer. PEDESTRIAN.TV gave it a red hot crack, and it’s genuinely a pretty good mobile game  – simple, engaging, and likely to starve off boredom the next time you’re having an extra long session on the toot. The catch here is you need to make a purchase in the app first, but honestly, who couldn’t use a sneaky cheeseburger in the name of a free game? 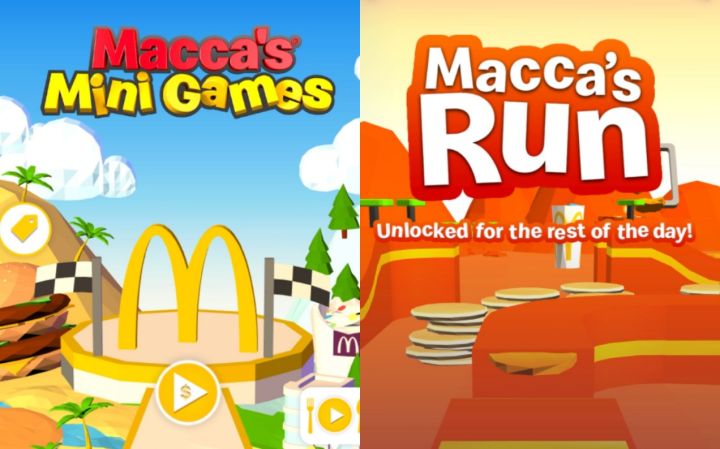 In addition, Macca’s has launched a series of Mini Games, and it’s here where you can win daily prizes off the McDonald’s menu. Totes A-Maze is a labyrinth made from fries; Mini Mini Golf is pretty self-explanatory; and Lucky Dip is a game where your goal is to dunk a giant Chicken McNugget into one the Macca’s sauces, which I’m sorry to report may be the low point of the three.

However, where the Mini Games might lack in gameplay, they make up for in free snacks. Game prizes you can win (by claiming in store) include: sundaes (regular size), hash browns, small fries, small coffees, McChicken burgers, cheeseburgers, McFlurries, milkshakes (large), Big Macs, nuggets (six and 10 pieces), and Fillet-O-Fish. On the really big days will be a small-size meals (Big Mac, cheeseburger, and nuggets), and I can really hear my old broke uni student self downloading the app already.

Is this an attempt by Macca’s to harness the power of gaming to drive sales to its stores? 100%. Can you use it to your advantage for free food?

The mymaccas app is available from today from the App Store and Google Play. Get playing, and by playing we mean snacking.