Fireball-Infused Doughnuts Are Coming To Sydney, A Perfect Reason To Go Full Ratbag At 10am

If you’re that one friend in the group who will without fail suggest Fireball shots as soon as you hit the pub, bar, party, or any kind of situation where shots can be involved, you’ll be very happy to know there’s a new treat hitting Sydney that’ll allow you to make that call as early as morning tea. That treat? Fireball-infused doughnuts.

Finally, a chance to go full ratbag at 10am.

The spicy cinnamon hoon juice has collaborated with the team at Sydney’s Donut Papi to birth a fancy whisky-infused doughnut called ‘Fire In The Hole’, and it looks delicious and day-destroying all in one little sweet snack.

With a base doughnut slathered in butterscotch and whisky-infused glaze and a Fireball icing drizzled on top, the tongue-tingling treat is topped with another little doughnut ball, which has spices and Fireball-soaked apple, rolled in a spizzy cinnamon crumb, and topped with a spiced apple Fireball glaze. 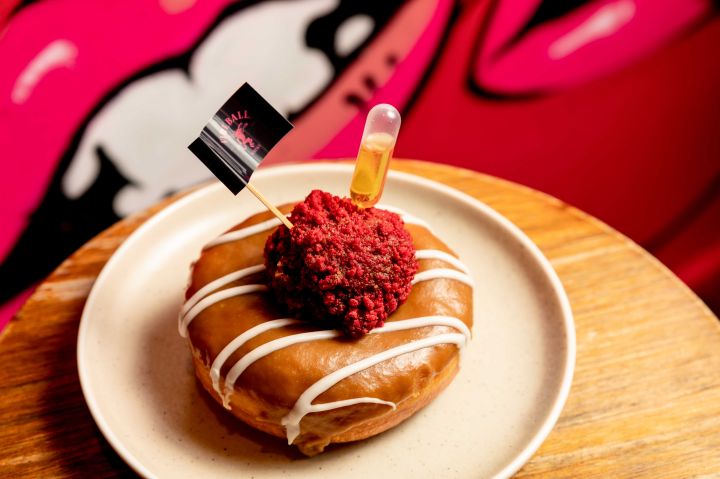 If that’s not enough to send you into full goblin mode at the top of the day, the whole devilish snack comes with a little pipette of straight Fireball, so you can get away with a cheeky shot before the sun even sets. I’m not sure if that’s a good thing or not, or if you might unleash some kind of spicy inner demon by having Fireball before nightfall, but it sure sounds delicious.

The special collab doughnuts from Fireball and Dounut Papi will be unleashed on Friday, September 4 (TGIF, baby) for $8.50 a pop. You can get your filthy hoon hands on them from Donut Papi and Hustle & Flow Bar in Redfern, Surly’s in Surry Hills, and The Big Easy in Darlinghurst.