The ultimate food collab is here and it combines Aussie faves Coco Pops and Golden Gaytime.

The best part: the collab will come in both cereal and ice cream form. So whether you’re hankering for Golden Gaytime flavoured Coco Pops or a Coco Pops flavoured Golden Gaytime, Streets and Kellog’s have you covered fam. 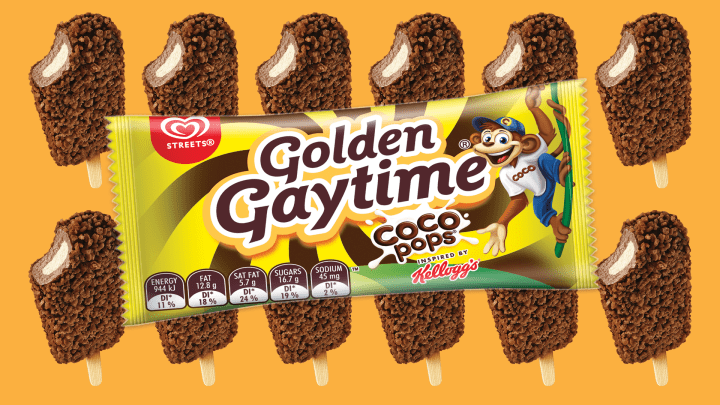 “Australia’s most iconic ice cream is beyond excited to partner with Kellogg’s to bring together two Aussie favourites for the biggest collab ever to exist!” Streets Brand Manager Samantha Jarmul said.

“We know it’s hard to have a Gaytime on your own, so we’ve paired together the crumbly-goodness of our Gaytime, with the iconic Coco Pops flavour, to create both a cereal and ice cream you can have on your own, with a mate, or with the whole gang!” she added.

I for one, will be high-tailing it straight to the supermarket to get my hands on these treats. I was one of those kids who wasn’t allowed sugary cereals or soft drinks at home. Which was good news for my enamel, bad news for my sanity.

But now I will be eating the cereal for breakfast, lunch & dinner AND no one can stop me. Except maybe my bowels after five-days of eating nothing but Golden Gaytime Coco Pops… 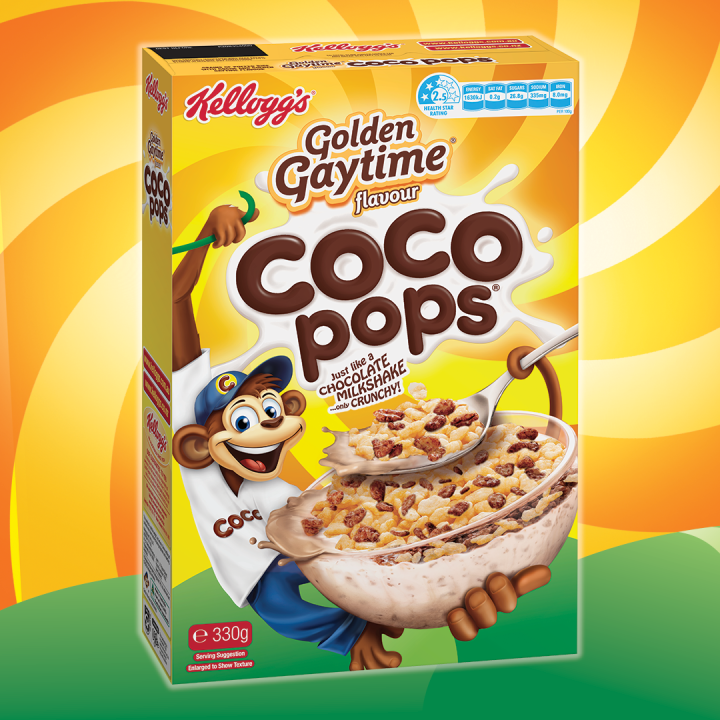 Golden Gaytime continues to be the KING of collaborations. Yep, these guys do even more collabs than Supreme. Just the other week, the ice cream dream-team launched Golden Gaytime popcorn AND a Golden Gaytime Choccy Easter egg.

Whoever is behind Golden Gaytime’s PR is *chef’s kiss*. Seriously, the company have even launched its own line of crumbs. YES CRUMBS GOD DAMMIT.