2021 sure is starting off in fifth gear, because Cadbury has just confirmed it’s bringing a new ~summer themed concept~ chocolate to shops really soon: a Neapolitan block. This is huge stuff because it looks like a redux version of the classic Triple Decker fave that’s been missing from shelves since God knows when.

After being rumoured on a Geelong-based foodie Instagram last week, Cadbury actually confirmed the rumour mill’s whispers today, saying that the deep nostalgia of fighting over the chocolate third of a classic Neapolitan ice cream tub will be revived with its new seasonal treat. 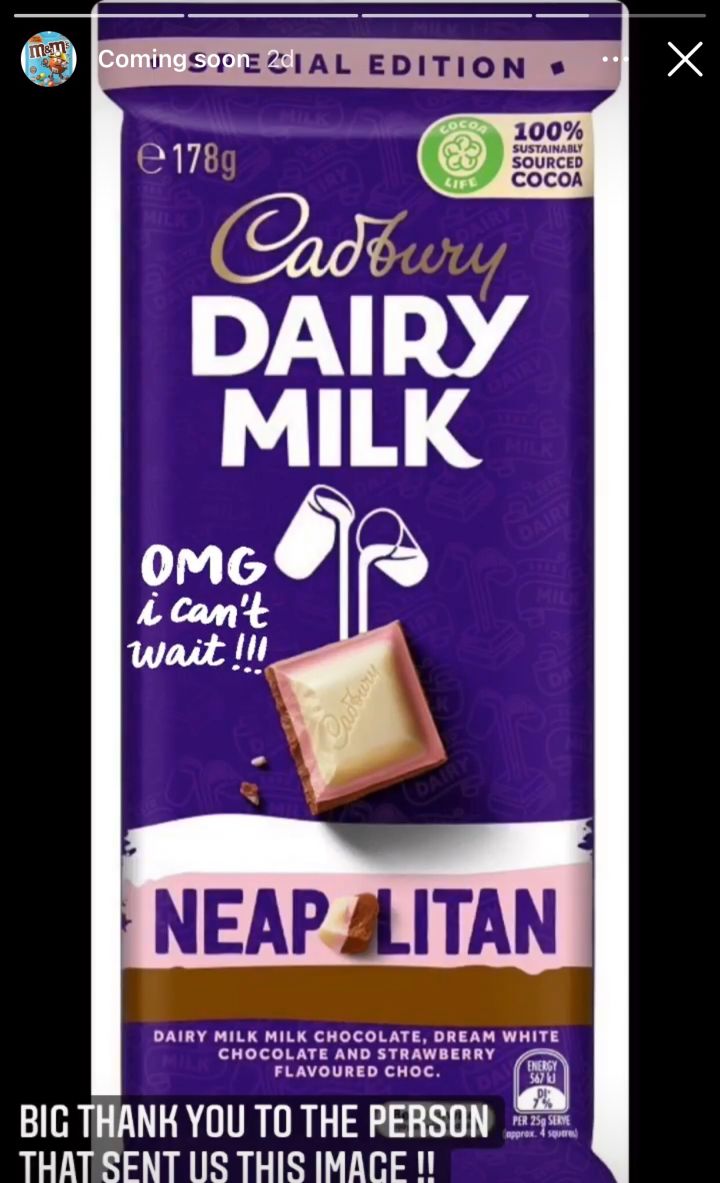 From what I can see, it looks exactly as I expected – a beautiful triple layer of milk chocolate, strawberry, and white chocolate, so you get the best of all three flavours in every square.

Which means a cheeky sibling or housemate can’t swoop in and take all of the best flavour before you get to it, unless they’re absolutely ruthless and just shave off the best layer for themselves. I mean if they go to that effort to take all the chocolate layer, they can bloody well have it.

Cadbury is releasing the Neapolitan flav in multiple sizes too; a larger “shareable” (lol) 178g block, and a “fuck off this is mine alone” 50g bar. What a treat.

The blocks aren’t in stores just yet, but Coles has already got ’em listed on its online store. $5 will get you a bigger block, while the arvo pick-me-up snacky size presumably will be cheaper than that.

Cadbury’s Neapolitan chocolate snaccs don’t have a firm release date, but their sneaky treat team let me know they’ll be dropping within the next couple of weeks. So just keep your eyes peeled in the sweeties aisle on your next food shop, I reckon.