Merry Christmas To This Guy Who Made A Bogan Tree Out Of 1,500 Cans Of Emu Export Beer

Stop what you’re doing and look at this absolutely ridiculous 6-metre high Christmas tree made of beer. Iconic. Love it.

Here in Australia, we don’t get to experience the nice white Christmas, but if your family traditions are anything like mine, they probably include copious amounts of beer. So why not have a tree that memorialises that?

I present to you: the Emu Export tree. 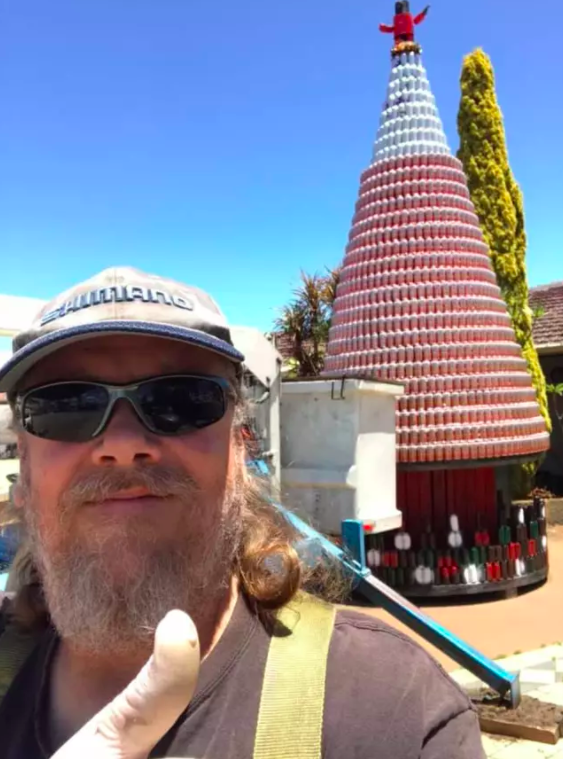 Wes Boyd, whose nickname is quite literally Mad Bogan, made the impressive tree out of approximately 1,500 empty cans of the good stuff (just kidding, Emu Export is by no means “good”).

Don’t ask me how this bloke managed to polish off 1,500 cans of Emu Export, but he did, and he’s made an incredible tree out of the remains.

Interestingly the tree was made around his previous Coca-Cola tree, so you can imagine just how heavy this beast would be. He even needed a cherry-picker to finish it off, on account of how bloody huge this thing is.

It took him under a week to build the bogan work of art, which will presumably be admired for years to come.

If Boyd looks familiar to you, that’s probably because he’s also the deadset legend behind the VB tree from a few years ago.

“I wanted to build it to make people happy,” he told PerthNow at the time.

“Me and some mates love drinking VBs and two to three mates have been bringing empty cans over here every week for the past 14 months.”

He’s hoping that the Emu Export tree will be able to raise some much-needed funds for Alzheimer’s WA, a cause that’s very close to his heart after his mum died of the disease, The West reports.

If you’re keen to check out the tree, you can visit it outside his home on Bailey Place, Perth from December 1.