The best lolly flavour Red Frogs (yes, I really went there) are getting a stunning makeover with the release of Allen’s Sourz Frogs Alive.

Sourz Frogs Alive are regular Red Frogs covered with sour-y goodness. So catch me sucking the sour part off first, and then chomping on the red frog. 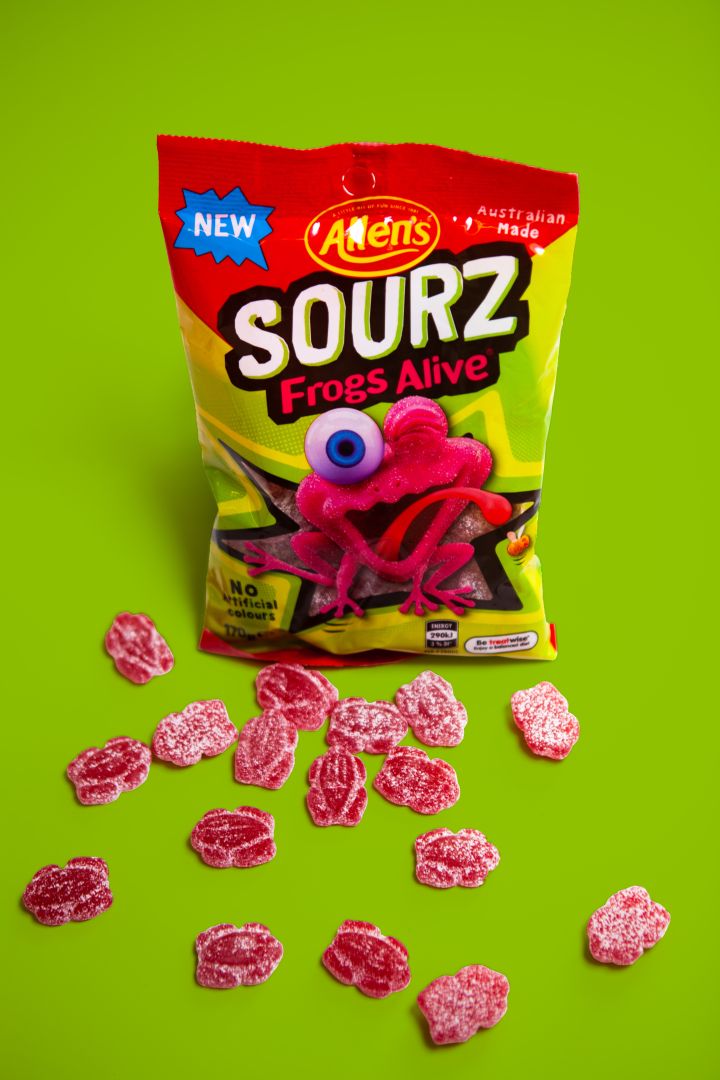 This creation has literally made all my childhood dreams come true. I used to be an absolute sour lolly fiend (and still am) inhaling Warheads and sour straps at any chance I could get. I was also that annoying kid who would only eat the red flavours out of the party mix. I wouldn’t touch the orange or yellow flavours with a ten foot pole.

READ MORE
PSA: OAK-Flavoured Allen's Milk Bottles Are Set To Turn Up In The Lolly Aisle Next Month

“We know how much Aussies love Allen’s Frogs Alive and that sour lollies are a trending flavour profile among lolly lovers. We thought we’d combine the two and create something we know our customers will love,” Nestlé Head of Marketing Confectionery Joyce Tan said of the new creation. 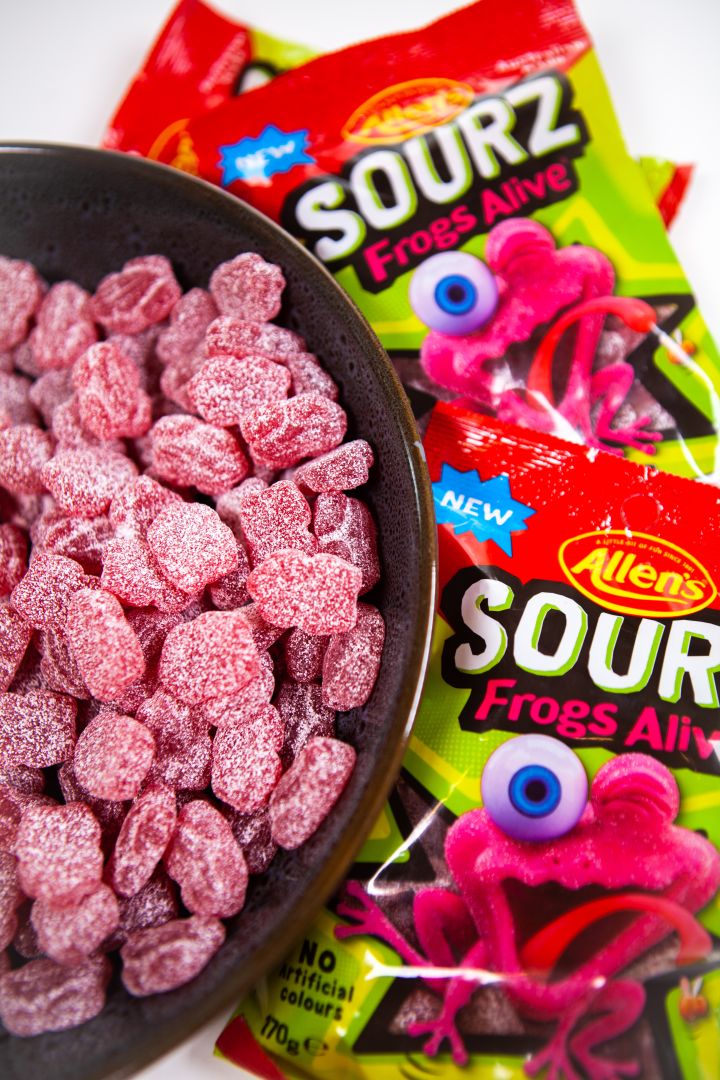 It’s not the first time that Allen’s have converted their famous lollies into final-form sour treats.

“Allen’s Sourz Frogs Alive also follows the success of Sourz Tangy Randoms and Sourz Snakes Alive so we’re excited to see the reaction on our customer’s faces once they taste how sour they really are!” Joyce added.

I am going to stuff my face with so many of these that it’s going to make my tongue all weird and peely like when I used to eat too many Warheads as a kid. And if you don’t know what I’m talking about, then I apologise that your childhood was vanilla AF.

Sourz Frogs Alive will be hitting Woolies stores from February 17 and Coles and Independent stores from March 1, retailing for $2.95.